China concedes defeat in the trade war with US, drops tariffs on a bunch of American products 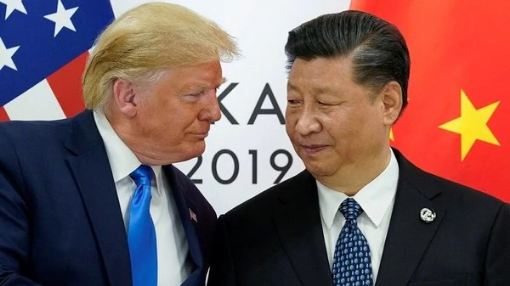 China has finally succumbed in the ongoing trade war against the United States. For the first time since Donald Trump became president, China has lowered tariffs on more than 16 American products including anti-cancer drugs. The US government has termed it as ‘big move’, and stock markets around the world turned green due to this. “They made a couple of moves … that were pretty good,” said Trump. “I think it was a gesture, okay? But it was a big move.”

The US government has also decided to postpone the increase in tariff on imports worth billions of dollars. Trump has announced that tariff on Chinese imports worth 250 billion dollars will be increased on October 1, now the date has postponed to October 15. 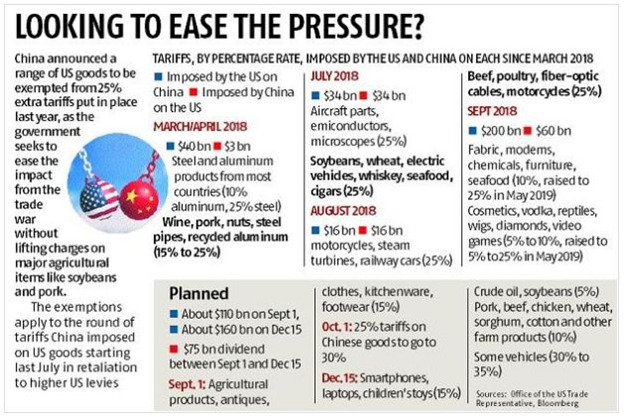 Donald Trump claimed this as victory of the United States in an event and said that China’s supply chain is breaking up. “We are doing very well with China and you probably saw the numbers that have come out and they’ve come out–some of them coming out just today,” Trump told reporters at the White House.

The supply chain of China, “which was unbreakable, powerful tool that they had is breaking up like a toy because companies are moving out and China wants to make a deal,” Trump said in response to a question.

The US has a trade deficit of almost 700 billion dollars of which China accounts for almost half. Imposing import tariffs is re-balancing the trade relations of US with countries like China, Japan, Germany, Mexico etc. Trump is vehemently opposed to the current trade relations between America and China because they are heavily skewed in favor of China.

In 2016, China was the largest goods trading partner with $578.2 billion in total (two way) goods trade during 2016. Goods exports totaled $115.6 billion; Goods imports totaled $462.6 billion. The U.S. goods trade deficit with China was $347.0 billion in 2016. Trump was opposed to the fact that the Asian economy deliberately keeps the value of its currency low, therefore, making its exports more competitive in the international market. The American manufacturers were losing to Chinese because the labor was cheap there, and goods produced in America have become uncompetitive.

The trade conflict started with the hyper-protectionist president Donald Trump assuming power. The trade and currency war are related to each other as the variation in the value of the currency impacts the exports and imports. Trump is opposed to the fact that China deliberately keeps the value of its currency low, therefore, making its exports more competitive in the international market and hurting imports from other countries. So, putting it in the language of president Trump, China fooled the United States by manipulating its currency as well as by putting high tariffs on American exports and benefitted from the free trade policy of the United States.

The Chinese economy is already facing a slowdown over the last few years with growth continuously slowing down. Now with leaders like Donald Trump controlling the state affairs, China should understand that it could no longer cheat the United States. The sheer scale of American power could not be matched by nascent burgeoning Chinese power in the latest trade war, and therefore, the country should stop challenging American hegemony.

“CIA funded Jihad in Afghanistan”, Imran Khan’s damning allegation against the US