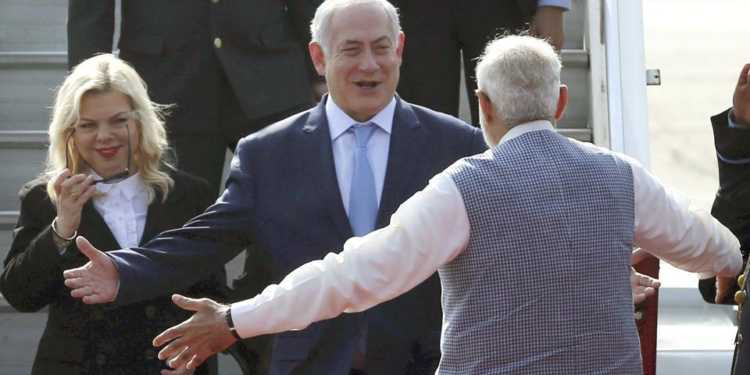 Israeli Prime Minister Benjamin Netanyahu has called for a broad coalition with his main rival after failing to win a parliamentary majority. The 120 seat parliament of Israel called the Knesset where the majority figure is 60 has seen a deadlock with the two major parties getting almost similar seats. More than 97 percent of the votes have been counted and the Blue and White party led by Benny Gantz has 33 seats, while Netanyahu’s Likud party is behind with 31.

It is important to note that Netanyahu’s Likud Party is right-wing in its ideology which is along the similar lines of Prime Minister Narendra Modi led NDA whereas the Blue-white coalition is somewhat Centre-left in its ideology.

What this stalemate means for India, could be a long and hard guess but if Netanyahu does not return to power, it could mean an essential reboot of the dialogue between two countries, as he is facing possible indictment in corruption cases and that could jeopardize the trade and defence deals with India.

Modi and Netanyahu’s friendship has been one of the most talked-about stories in National and International Media. The paradigm shift occurred two years ago, when PM Modi in July 2017 became the first Indian PM to embark on a state visit to Israel. Since then, both leaders have taken to social media time and again to show how much they value each other’s partnership and have displayed a certain bonhomie by referring to the other as ‘my friend’.

India and Israel have been partners and close allies for decades but the friendship always remained in the closet, but under Modi-Netanyahu, this friendship blossomed and the bilateral relations have never been better.

Apart from being India’s most trusted defense partner, Israel openly supports India on the issues of combating Pakistan sponsored terrorism. Also, the ambit of India-Israel defence cooperation has widened to include other domains like space, counter-terrorism, and cybersecurity; however, the cornerstone remains Israeli arms sales to India.

Both countries have together created funds for research in industrial development by establishing a strategic partnership in water and agriculture to focus on water conservation, waste-water treatment and its reuse for agriculture and desalination, among other deals. Israel has extended support in dealing with desertification and water management problems of India in the drought-hit areas like Marathwada. A certain display of camaraderie with India ups Israel’s status in the eyes of the UN and as a reason, earlier this year India cast an “unprecedented” vote in favour of a decision introduced by Israel at a UN body that objected to granting consultative status to a Palestinian group.

Netanyahu’s Likud party had got 36 out of 120 seats in the general election held on April 9 this year. This was the reason why Israeli PM had postponed his trip back then. It was one more than Benny Gantz’s Blue and White party. Netanyahu got the mandate to form the government, but the coalition government did not last long and he dissolved the parliament in May. Whatever be the endgame of the political situation brewing in Israel, India would be keeping a close eye on the proceedings and if the tables do turn for Netanyahu, India would hope that the Benny Gantz led party does not entice any discord between the two friendly nations who seem to be going rather strong in recent times.