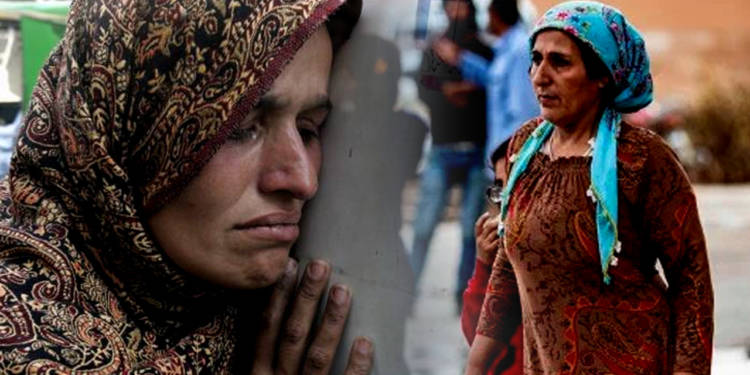 Kurdish and Balochi people are nations without a country. They have been one of the most prosecuted people in the recent history and yet remained least cared and talked about. The land of Kurds is spreaded over Turkey, Iraq, Iran and parts of Syria, Azerbaijan and Armenia, while the Balochis mainly reside in Pakistan and parts of Afghanistan and Iran. While they have their own share of similar freedom struggles, studies have provided enough evidences of common origin of Baloch and Kurds. Baloch is also considered the closest similar language to the Kurdish. 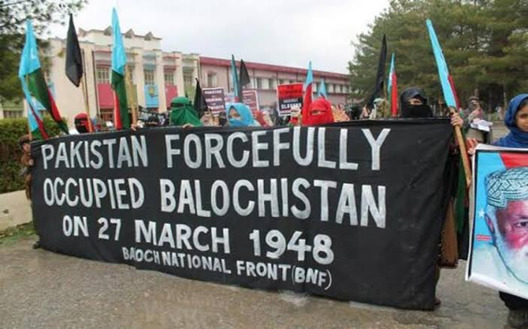 Baloch people have been harshly treated by Pakistani army over the years. Pakistan was an ethno-nationalist state in the post-colonial era like India. After independence in 1947, Pakistan largely ignored its social diversity and economic disparities. The ruling classes of Pakistan has always neglected the interests of its ethnic and regional minorities. This gave the death blow to Pakistan in the year 1971 in the form of Bangladesh liberation. While the remainders are still under the siege of religious terrorism, ethnic and sectarian conflicts and political instability.

It is necessary to push into the historical background of the Balochistan movement to entirely understand the present insurgency in Balochistan. Geographically, Balochistan consisted of four states: (1) Kallat (2) Makran (3) Bela and (4) Kharan. Khan of Kallat was the independent ruler of these states before the arrival of Britishers. Britishers got a few areas of Balochistan on rent from the Khan of Kallat. Khan of Kallat and other Baloch sardars wanted Balochistan to be independent. The forceful merge of Balochistan into Pakistan was the rise of first conflict of Baloch people with Pakistan. In 1948, Pakistan invaded and conquered the independent Balochi land in order to crush the nationalists. Pakistan dissolved Balochi parliament, arrested Khan of Kallat, looted its natural resources, and suppressed their language and culture in their master’s classic colonialist style. Since then thousands of Baloch people have been tortured, jailed and massacred under the Pakistani occupation, often without a trial. Many things have been said about Pakistan’s human rights abuses in Balochistan and are very well documented and testified by Pakistani and international human rights groups, including the Human Rights Commission of Pakistan itself.

On the other hand, Kurds have even a longer history of fighting much stronger opponents like Turkey, Iran, Syria and Iraq. Tyrannical leaders of these countries have resorted to every possible brutal use of force to suppress the Kurdish national movements. Like what happened to Balochis over the years, many Kurds were too resettled, Kurdish names and costumes were banned, their language was restricted, and even the Kurdish ethnic identity was denied. Nevertheless, Kurds and Balochis have never been willing to relinquish their dream of having a greater Kurdistan (which covers parts of Iran, Iraq, Syria and Turkey) and Balochistan. The Kurd revolt has already proved to be very costly for Turkey in recent time. The uprising friction between the Kurds and Syrians on the Turkish side of the Syrian border is a massive threat to Turkey’s largely tourism-based economy. While majority of Turkish Muslim population is pro-Pakistan, 20% of its Kurd Sunni Muslims and other Kurdish group population has always been pro-India.

Unlike Arab nations and ISIS, the Kurdish and Balochi people distanced themselves from Islamist extremism. In June 2014, Israeli Prime Minister Netanyahu was the first leader to voice support for an independent Kurdish state. There have been reports of Kurds waving Israeli flags during their independence protests in Iraq and Syria. At many events Kurdish leaders have insisted that they are partners with the Israel. Probably this has been the reason behind petition published by Kurds a few days back, signed by dozens of Kurdish reservists with the ranks ranging from captain to lieutenant colonel, was addressed to Benjamin Netanyahu and IDF Chief of Staff Lt.-Gen. Aviv Kochavi to provide military and humanitarian support to the Kurds.

Over the time Israel has succeeded, with the help of Kurdish leaders like President Masoud Barzani, to win the trust of Kurdish society and to end a once strong Kurdish association with the Palestinian movement. Undoubtedly, the oppression of the Arab states has been a failure to adequately deal with Kurdish rights and it has pushed new generations of Kurds away from the Arabs and into the lap of Israel. Israel has already declared about providing humanitarian aid to Kurds. While Israel itself often caught with accusations of not providing right of self-determination to Palestanians, it is playing its role very wisely by supporting Kurdish freedom movement to keep its geo-political interests and relevance intact.

Baloch leaders have also seen supporting existence of Israel. A while back at the Oslo Freedom Forum human rights conference, Mehrab Sarjov, an assistant to the Khan of Kalat, the former ruler of Balochistan was recorded saying, “We believe no state is granted by God, it’s people who make states. We support existence of Israel and it has a right to exist and to full security. We don’t live in the age of empire/religious supremacism but that of the nation-state. If the Greeks can form a country from their part of the crumbling Ottoman Empire, then what’s wrong with the Jews doing the same? The whole world order is based on nation-states, and history shows the Jews need protection.” 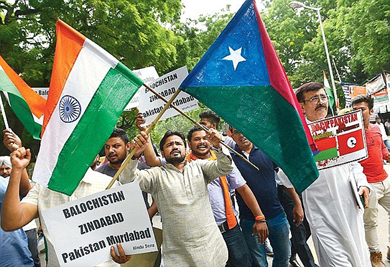 On the other side, Indian government is still undermining its role in Balochistan to counter on many issues which Pakistan is cashing in its favor. Traditionally, The Pakistani army has used Sunni Islam propaganda for its own purposes, creating armed religious groups in India, Afghanistan, and among the Balochs. Pakistan have already done enough damage to secular Baloch tradition by feeding religious extremism propaganda. Pakistan radicalised Baloch youths from all Balochistan and sent them to Kashmir between 1987 and 1999. They mainly recruited people from Kalat, Panjgoor, Mastung and Zamran for ISI sponsored religious groups and sent them to Kashmir and Afghanistan for jihad. As often said, Pakistan is a master of deceptions; they are very well exploiting India’s weakness and organising the “Kashmir movement” secretly to overshadow the ongoing Balochistan independence movement with the minor “Kashmir movement”.

As being reported by several agencies and Baloch leaders, once again ISI and ISI backed Kashimiri leaders have started doing security workshops in Balochistan to brainwash Baloch people on religious grounds to do Jihad in Kashmir and to distract them from their actual Baloch freedom movement. Given the circumstances, Balochs are India’s natural allies because both are facing the same enemy. This sudden anti Hindu rant of Pakistan prime minister Imran Khan and Pakistan army is nothing but to unite Baloch and other groups in Pakistan on religious grounds against India, hence, to further weaken their freedom cause. Indeed, India should not lose one ally for another and keep its focus on strengthening our stand on internal matters first, there is also no doubt that Pakistan will not rest till the end of eternity to weaken and damage India on any given issue due to its religious hatred. Once and for all, India should play Israeli game to infiltrate the minds of Baloch societies and their young generation to counter Pakistan even strongly on its ugly game on Khalistan and Kashmir. Otherwise, our weak position will keep leading us in troubles.