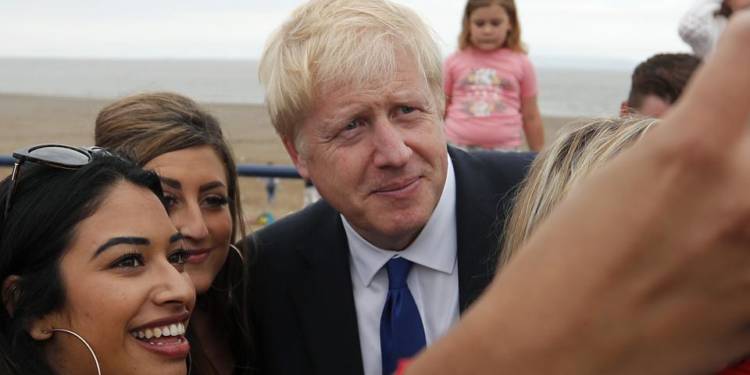 The Conservative Party banked heavily on British Indians and gave tickets to 25 candidates of the community, compared to only 13 members fielded by the Labour Party, which is the principal opposition.

The incumbent Prime Minister- Boris Johnson, who appealed to British Indian community with the statements like ‘there will be no place for racism or anti-India sentiment in this country’, became increasingly popular among the British Indians. Johnson also visited to Swaminarayan Temple to woo the British Hindu community.

In the 2015 and 2017 general elections, British Indians voted for the Labour Party. But party’s stand on the Kashmir issue, after the abolition of Article 370, changed it all for the British Indians (especially the British Hindus). The Indian community is influential in at least 40 seats of the UK Parliament, and the Labour Party lost almost all of them in the December 2019 general elections.

In Labour Party’s conference in September 2019, the Corbyn led council passed a resolution, calling for International intervention in Kashmir. He also raised the Human Rights issues in Kashmir. “The situation in Kashmir is deeply disturbing. Human rights abuses taking place are unacceptable. The rights of the Kashmiri people must be respected and UN resolutions implemented,” tweeted Corbyn.

The situation in Kashmir is deeply disturbing. Human rights abuses taking place are unacceptable. The rights of the Kashmiri people must be respected and UN resolutions implemented.

The Indian community is not only influential demographically, but they are also among the richest communities in the United Kingdom, and have donated to Labour Party, traditionally. But, with Labour’s anti-India, anti-Hindu stance, the community stopped funding to Labour.

As Indian community’s alienation towards Labour Party became clear, the strategists from the party tried to make up for Corbyn’s mistake. The Labour Party had made a U-turn as it now maintains that the Kashmir issue must be solved bilaterally between India and Pakistan.

Party Chairman Ian Lavery has said that Kashmir is a bilateral issue and Labour Party will not interfere as he admitted that the resolution passed on Kashmir offended India and British Indians. The letter noted: “Labour is opposed to external interference in the political affairs of any other country. As an international party, our concern is to ensure respect for the human rights of all people in the world, regardless of where they live.”

But, the cover up did not produce any result, as the Indian community has already decided to vote for the Conservatives, which tried to woo the community through pro-India manifesto. “The Tories have fielded the most PIO candidates and their manifesto is pro-India. Labour have fielded very few PIO candidates and their manifesto is not in favour of the Indian community. Boris supports India and he said if re-elected Delhi will be his first stop,” said BJP UK president Kuldeep Singh Shekhawat.