‘This will affect China’s credibility in Europe,’ Chinese company loots Italian partner, takes off with data of 1.5 million

The Italian company was helping the country's frontline workers. Now it is drowning. 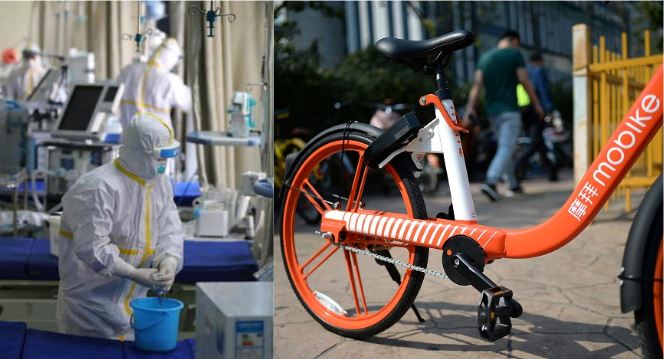 In last few days, many European countries like Spain, Italy, and Germany changed their FDI laws to prevent hostile takeover of their capital starved companies by the public and private sector companies of China. Apart from that, the European Union also prepared a broad framework for investment in the union countries, and had made the investment laws stringent.

China is not only investing heavily in capital starved debt ridden European companies but its companies are also involved in data theft and fraud.

A few days ago, Meituan-Dianping, a Chinese e-commerce platform which sold the Italian and Spanish arm of Movi by Mobike to a local startup, has frozen the data of 1.5 million European users. Moreover, the Chinese company also took all the customer deposit and company revenue, making continuation of services for the Italian company very tough.

“Our business now operates at a significant loss,” said Alessandro Felici, CEO of Idri BK, who used to run operations for the Chinese company earlier, but purchased it in December 2019.

At the time of purchase, the Chinese company promised to co-operate for a smooth takeover, but now they are creating hurdles in operations, and this has resulted in a significant loss for Idri BK in such testing times.

Felici said, “The number of user trips is down by 98% at a time when we have increased our costs to ensure all vehicles are regularly sanitized. Our customers work in some of the cities most affected by the Covid-19 crisis. Retaining our ability to deliver the service is very important for us because the bikes are a crucial means of transport for workers at the front-line of the crisis and we want to protect them.”

In December last year, Idri BK purchased the bike sharing business of Meituan in Italy and Spain. The app provides free service to Italy’s ‘frontline workers’ to help the country in fight against Coronavirus, which has infected 1.65 lakh people and killed 21,000 so far. But suddenly Meituan removed all the user data, which has left the company on the verge of closure.

Idri BK CEO Alessandro Felici wrote to Meiutan-Dianping CEO “as a last resort” but there has been no response in the last two months. “Our previous appeal to this unheard-of conduct was declined with no explanation, and there has been no response from Meituan-Dianping for two months,” said Felici in a press release accessed by TFI. “In January 2020, Meituan blocked the Idri BK account, part of the global Mobike service with a total of 1.5 million users across Italy and Spain, with no compelling reason,” he added.

The company is operating with great difficulty as there is no pre-existing data about the users given the fact that Chinese company has accessed the data platform.

He said, “After the closure, we became aware of the risk of the severe non-compliance of EU privacy law, which followed the transfer of the database between Tencent and a Meituan server without users’ approval which is a mandatory step in Europe. As a result, nobody knows, at this moment, how that data is being used. We offered to structurally solve all privacy issues by moving the database to our safe system, but this did not happen.”

It must be mentioned that Movi by Mobike operates around 30,000 bikes in 15 Italian cities including Milan, Florence, Turin, Bergamo and Bologna. Besides Italy, Movi by Mobike is among the top three players in Spain with a presence in Zaragoza, Madrid and Hospitalet. The two countries have a combined base of 1.5 million users.

What Meituan-Dianping did to the Italian company that too in such testing times when the company was providing free service to the frontline workers is definitely unacceptable. The Chinese company might also get prosecuted in criminal proceedings. But this tells us about how Chinese companies are not trustworthy at not all. They put profit above everything else, and that is visible in its projects under the Belt and Road Initiative through which it is economic colonizing poor countries in Asia and Africa.