Is Kim Jong Un dead? Is he alive? Is that a coup?- An interesting new story is developing in North Korea

This could be big 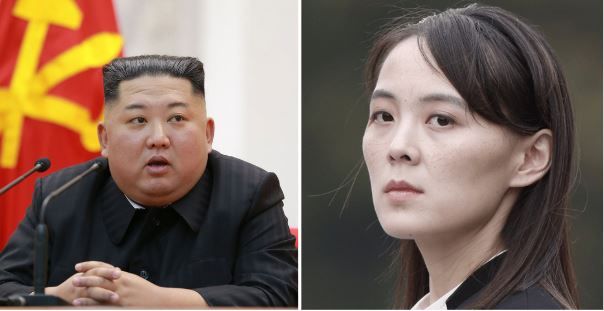 The secret Communist state of North Korea is once again hogging all the limelight, and this time around there speculations of a change in regime, over murmurs of Kim Jong Un’s deteriorating health.

Is Kim Jong ill? Is he incapacitated? Is he alive?

Kim Jong Un is said to be indisposed and at death’s door, according to US intelligence officials, whereas South Korea has played down such reports. Meanwhile, nothing is coming out of North Korea that is unsurprisingly in line with its clandestine nature. The health of the Supreme Leader in the patriarchal polity is considered a national security issue.

Meanwhile, the United States President Donald Trump has wished Kim “well”. Trump said, “If he is in the kind of condition that the reports say, that the news is saying, it’s a very serious condition.”

What has also aggravated such rumours of Kim’s ill health is his absence at his grandfather Kim Il Sung’s birth anniversary on April 15- the most important annual national event in the country.

According to Daily NK, an online portal run by North Korean defectors, Kim went through a cardiovascular procedure earlier this month.

Citing an unidentified source within North Korea, the online portal has reported, “Excessive smoking, obesity and fatigue were the direct causes of Kim’s urgent cardiovascular treatment.”

Rumours of North Korea’s Supreme Leader Kim Jong Un’s indisposition or eventual death have led to an all-important question, that is, who succeeds the 36-year old Supreme Leader.

The North Korean regime happens to be a family enterprise and the same family has been ruling the Nuclear-powered country for the last seven decades. Kim himself is the third generation ruler of the family, and a strong personality cult has been built around him, as well as his father and grandfather.

The family’s mythical “Paektu” bloodline that derives its name from the highest peak in the country, gives the right to rule the country only to the direct family members.

Talking of Kim Jong Un’s family members, Kim Jong Un has been very particular about keeping the size of his family short and manageable. He ascended the throne nine years ago and ordered the execution of his uncle Jang Song Thaek, along with his entire family in the year 2013.

Kim Jong Un also ordered the assassination of his half-brother Kim Jong Nam, who died owing to a nerve-agent attack by two female assassins in a Kuala Lumpur airport.

Kim Jong Un also happens to have an older brother, Kim Jong Chol, but North Korea’s Supreme Leader has sparred him because he is not seen as a threat and has been described as too “girlish” to lead North Korea- a highly patriarchal polity.

Kim Yo Jong- the ultimate successor?

Kim Jong Un has “some” children, but they are of course not old enough to take charge of Pyongyang. This bring us to his younger sister, the 31-year old Kim Yo Jong.

Little is known about Kim Yo Jong, but she has become prominent figure in North Korea’s top political circles over the recent past.

Touted as the number two in Pyongyang (after Kim Jong Un, provided he is alive), she was rarely seen in public in 2010. But her future as part of the country’s polical family-dynasty was signalled as early as 2002- when her father said that she was interested in North Korea’s political affairs.

Yo-Jong studied at  Kim Il-sung University in Pyongyang, where she studied Computer Science. She was given her first public role in 2017 as a junior cadre in the ruling Korean worker’s party.

But she has risen the ranks pretty quickly and was even spotted walking behind her brother in Singapore in 2018. She is said to be the brains behind her brother’s carefully crafted personality cult and also his Nuclear diplomacy.

In 2018, there was a tussle between Kim Jong Un and his sister. She accompanied her brother to the Hanoi denuclearisation summit in Hanoi, but when the talks tanked, Kim removed his sister from the party’s politburo.

Removed from the politburo in 2018, Kim Yo Jong has rose to power once again, and was reinstated to the party’s all-powerful politburo only a couple of weekends ago- her comeback perfectly coinciding with rumours of Kim Jong Un’s ill health.

The North Korean secretive regime seems all set for a major shake-up in view of the reports of North Korean Supreme Leader getting incapacitated. Anything could be possible from here, and those aware of the country’s patriarchal world view, it is also being speculated that the dynasty might lose its steam.

Meanwhile, Kim Yo Jong still seems a strong contender with some analysts saying that her chances to inherit the throne seem as high as more than 90 per cent. North Korea’s secretive regime gives rise to a number of unanswered intricacies.

‘We will kick you out now,’ China used COVID-19 to occupy South China Sea. But countries have ganged up against it