The secret nuclear cities of Russia are now out in the open, thanks to coronavirus pandemic 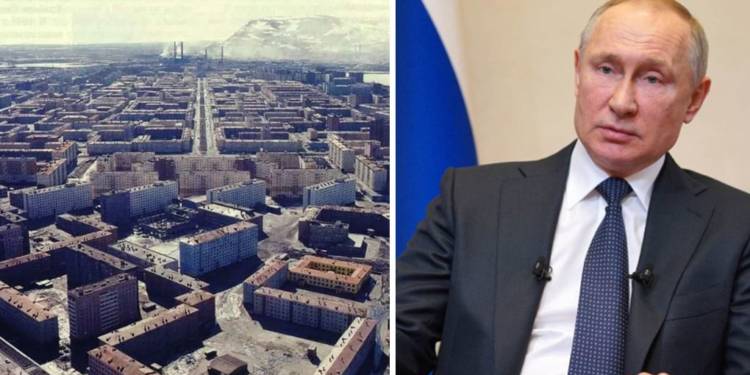 The Coronavirus Pandemic is fast turning out to be once in a lifetime phenomenon that is pushing countries to take some of the most unprecedented measures. For Russia, the novel Wuhan virus entails several severe consequences from a public health emergency with more than 1,00,000 cases and an economic collapse in sanctions-hit Moscow with historically low oil prices. Russia is rattled with its economy set to contract by 4 to 6 per cent, and now Kremlin is unable to hide its secret nuclear cities that it has concealed for decades.

Alexei Likhachev who heads Russia’s State-run nuclear corporation, Rosatom has himself expressed concern about the spread of the novel COVID-19 to the country’s three (secret) “nuclear cities”, including one where the clandestine research institute that had helped USSR kickstart its atomic programme is situated.

Rosatom corporation manages Russia’s nuclear industry and the three secret cities that are now getting exposed due to the Coronavirus outbreak are closely linked with its nuclear programme.

The secret cities are closed territories and Russia has been careful all this while not let them come out in the open, so much so that Sarov did not appear on maps until the breakup of Soviet Union in the year 1991, and defence experts say that it still remains an important part of Russia’s nuclear programme.

These cities, excluded from train and bus routes, were referred to by their codenames and Sarov, for example, was known as Arzamas-16. The secret nuclear cities were a part of Soviet’s atomic plan to keep the American spies at bay, and while Russian spies were able to infiltrate into the American nuclear programme, the secretive nature of closed Russian nuclear cities ensured that the American spies were not able to infiltrate into Soviet’s nuclear project.

The lives of those living in the secret cities of Russia, housing its nuclear programme are as secretive Komitet Gosudarstvennoy Bezopasnosti (KGB) agents, and this is why any information coming out of such cities was bound to be poor and rarely reliable.

But the novel Coronavirus is turning out to be sneakier than spies, and while espionage never infiltrated into the secret cities, the Pandemic has managed to penetrate the defences of Russia’s most carefully-guarded secret.

The cities are fenced and guarded by the Russian military, therefore only those with passes could enter the secret cities. Well, except Coronavirus which sneaks through without passes and has now entered these secret cities as well.

Russia can no longer beat around the bush, and Alexei Likhachev has himself said, “This [pandemic] creates a direct threat to our nuclear towns. The situation in Sarov, Elektrostal [and] Desnogorsk is today particularly alarming.” Sarov seems to be worst-hit and Likhachev has said, “The situation in Sarov is exacerbated by an outbreak of the illness in the nearby Diveyevo monastery.”

Last week, Rosatom corporation said that seven people at the All-Russian Scientific Research Institute of Experimental Physics in Sarov were infected with Coronavirus, and a total of 23 Coronavirus cases were detected in the secret city that houses as many as 93,000 people.

Likhachev says that PPEs and ventilators are now being delivered to the city that houses a top-secret research institute which had helped the Soviet Union develop its atomic bomb.

Read: Commie Camaraderie- Why are Russia and China acting like best friends forever?

There is no idea about the healthcare facilities and Pandemic preparations inside these secret cities, including Sarov. However, what we do know is that Russia has a lot to hide, and only last year five scientists from the research institute died mysteriously at a military testing site in far North. No one knows what had happened, but the US claims that it was a missile test gone wrong, reviving horrors of the 1986 Chernobyl blast that had threatened a major nuclear catastrophe.

Russia finds itself in a tight spot- it had managed to keep its nuclear cities closed for several decades but they are now out in the open, all thanks to the novel Coronavirus.

‘We want Taiwan in WHO,’ the Taiwanese cause takes the centre stage in USA’s war with China