The US hailed whistleblower doctors 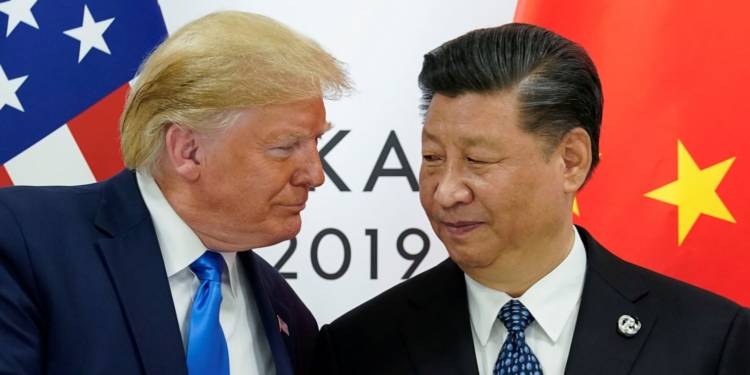 In a rare move, the USA not only lauded the Chinese whistleblowers who sought to warn the world during the initial stages of the outbreak and are now either dead or have been mysteriously disappeared by the Chinese Communist Party, but also addressed it in Chinese language so that the people of China can understand how the CCP was responsible for the pandemic.

The rare Chinese language address by Matthew Pottinger, deputy National Security Adviser was to be broadcasted in China as US President Donald Trump made his intentions clear that he was in no mood to let China off the hook and was determined to let the truth of the virus reach the Chinese people who have also lost their loved ones thanks to the Chinese Communist Party.

Pottinger in his address to University of Virginia said, “To my mind, the heirs of May Fourth are civic-minded citizens who commit small acts of bravery, and sometimes big acts of bravery. Dr. Li Wenliang was such a person.”

Chinese doctor Wenliang was one of the first whistleblowers to raise the alarm over Coronavirus but the Communist party true to its characteristics, muzzled his concerns. When Wenliang on December 30, sent a message to fellow doctors in a chat group warning them to wear protective clothing to avoid infection, four days later he was summoned to the Public Security Bureau where he was told to sign a letter. In the letter, he was accused of “making false comments” that had “severely disturbed the social order”. He was one of eight people who police said were being investigated for “spreading rumours”.

Local authorities later apologised to Dr Li. In his Weibo post he described how on 10 January he started coughing, the next day he had a fever and two days later he was in the hospital. He was diagnosed with the Coronavirus on 30 January and unfortunately, later succumbed to it.

Even in his death, Wenliang was disrespected by the Chinese government as to when he was initially declared dead at 21:30 local time, the news triggered a huge wave of popular reaction on Weibo, China’s equivalent of Twitter. The top two trending hashtags on the website were “Wuhan government owes Dr Li Wenliang and apology” and “We want freedom of speech” which were of course quickly censored by the government. Wenliang’s death saw the Global Times and People’s Daily contradict each other. The People’s Daily sent out a tweet saying Dr Li’s death had sparked “national grief”.

However, Global Times then said he had been given a treatment known as ECMO (extracorporeal membrane oxygenation) which keeps a person’s heart pumping and keeps their blood oxygenated without it going through their lungs. Global Times said he was in a critical condition. Journalists and doctors at the scene, who do not want their names used, told the BBC and other media that government officials had intervened. Official media outlets had been told to change their reports to say the doctor was still being treated.

Dr Wenliang was a wildly popular figure in China as his bravery earned plaudits across the world. However, Dr Wenliang is not the only person who earned the wrath of the CCP, various doctors, citizen journalists and even members of the CCP, who tried to raise their voice and against the Xi Jinping government and expose their callous and opaque handling, met the same fate.

The mysterious disappearances of the whistleblowers have not escaped the eyes of the Chinese people who are still grieving from the loss of their loved ones and are now seeking answers from the CCP. An increasing number of people in Wuhan are seeking an explanation from the Chinese government with mourning survivors seeking a compensation. The CCP true to its characteristics, has come down heavily on the survivors and have started to silence them as the grieving family members are now receiving threats with the CCO also scrubbing any article about the outbreak of the virus from the Chinese internet.

In a development which is likely to make Xi Jinping wary, Wuhan residents have reached out to an activist to sue the Xi Jinping government over its handling of the virus. The CCP in turn, has warned the lawyers to not entertain such requests which can put Xi Jinping in the dock.

The rare Chinese address by a top US official underlines the fact that the US is going beyond the conventional tactics to corner China. The US authorities are directly trying to reach Chinese people whose voice have been muzzled over the years by the authoritarian Communist party rule. The US is well aware of the fact that rising dissent against the regime could threaten the Chinese Communist Party and perhaps that is the reason why the US is trying to directly engage the people of China.

It seems that Xi Jinping is soon going to face the consequences of his actions as the pressure is increasing both internal and externally.