What a cunning strategy 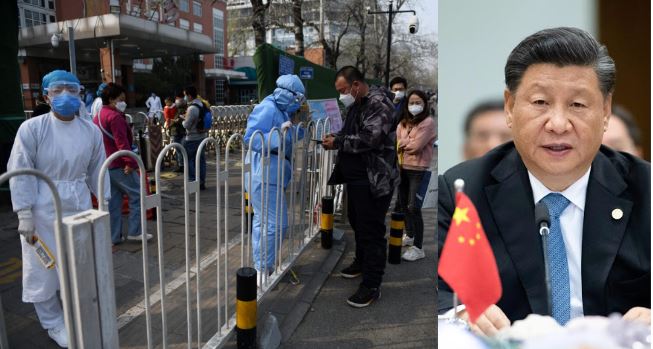 Ever since the COVID-19 Pandemic took grip of the world, there have been reports and accusations suggesting a massive cover-up by Beijing in an attempt to downplay the number of cases and deaths in the country.

This time reports of Beijing’s cover-up have surfaced directly from Beijing itself, as Epoch Times has claimed to have accessed Beijing city government documents, ordering all municipal-owned hospitals to set up funeral home offices.

The order to set up funeral home officers was issued in late April, and an internal notice went on to instruct, “Funeral home offices should operate 365 days per year, 24 hours per day. It should move the body from the hospital to the funeral home as soon as possible.”

The Beijing city government has also issued a directive stating that a body should not be preserved at a morgue for over 24 hours. The nature of the instructions suggests an attempt to prevent a viral outbreak, which has led analysts to believe that it is related to the ongoing Coronavirus Pandemic.

U.S.-based China commentator Tang Jingyuan said, “[The government] has two purposes in setting up funeral home offices at hospitals. One is dealing with COVID-19 patients’ bodies quickly, so as to reduce the possibility of the virus spreading inside the hospitals. The other is to hide the real situation of the outbreak.”

China has been drawing fire for underreporting its Coronavirus cases, and the recent move of the Beijing city government has only led to the Communist Party of China (CCP) regime facing more such insinuations of hiding the details of the Pandemic.

Tang has opined that if funeral homes take away the bodies of the Coronavirus-deceased soon after they succumb to the novel Coronavirus, the local residents won’t be able to gauge the true death toll.

Leaked documents reveal attempts to set up such funeral homes date back to September 2018, as part of a policy to crack down on private companies that run funeral-related services.

However, the Beijing city government accelerated the setting up of such funeral home offices by sending out an internal notice to municipal-owned hospitals on April 17 this year.

Beijing’s Municipal Hospital Management Centre, a body that manages 22 city-run hospitals in the capital city of China, requested the medical facilities to set up funeral home offices in May.

The sudden turn of events in China is bound to create anxiety because China has been making every possible attempt to brush the number of cases in the country under the carpet.

In March, a Chinese investigative media outlet named Caixin had reported that after the mortuaries in Hubei- the capital of Wuhan- was opened, people had to wait for hours to collect remains of their loved ones.

According to Caixin, around 40,000 urns were possibly distributed in 10 days in Wuhan- the figure completely incongruent with the official numbers that recorded only 3,869 deaths in the epicentre of the Coronavirus outbreak.

Also incompatible with the official figures of the CCP regime, are the reports of China ordering 2 lakh body bags from Taiwan, according to a Taiwanese funeral home director.

Why would China order 2 lakh body bags for 3,869 deceased? Such reports gave rise to apprehensions of China simply not revealing the number of people that died when the Pandemic had peaked in the country.

China has been silencing the ones who blew the whitle- Dr. Li Wenliang was detained for speaking up about the rising Coronavirus cases, while Dr. Ai Fen disappeared mysteriously. Journalists who spoke up against the cover-up too went missing.

And then Beijing has also been abusing its influence in the WHO for constantly eulogising its own efforts to curb the Coronavirus Pandemic.

From the very beginning, there have been ominous signs of Beijing misleading the world about the severity of Pandemic in the country, and now there is every reason to believe that the capital city itself might be battling a massive COVID-19 outbreak, forcing it to issue instructions for setting up funeral home offices in municipal hospitals.

Canada oh Canada, where did your spine disappear? The Canadian Foreign minister refuses to thank Taiwan