China is nothing without American technology 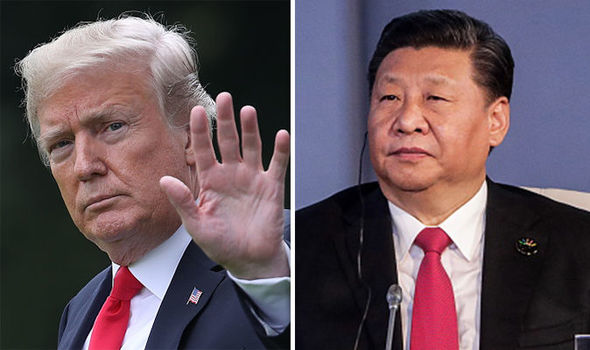 On Friday, the US Commerce Department announced that it is in American national security and foreign policy interest to protect Intellectual Property of American semiconductor design. “We must amend our rules exploited by Huawei and HiSilicon and prevent US technologies from enabling malign activities contrary to US national security and foreign policy interests,” Commerce Secretary Wilbur Ross said in a tweet.

This is not how a responsible global corporate citizen behaves. We must amend our rules exploited by Huawei and HiSilicon and prevent U.S. technologies from enabling malign activities contrary to U.S. national security and foreign policy interests. → https://t.co/BZIZBr2DFX pic.twitter.com/j45HcV6DMF

Taiwan Semiconductor Manufacturing Company (TSMC), a Taiwanese company which manufactures semiconductors based on secretive American design, announced that the company would not take any new order from Huawei. “TSMC has stopped taking new orders from Huawei after the new rule change was announced to fully comply with the latest export control regulation,” said a person as per a report by Nikkei Asian Review.

Huawei is the second largest customer- accounting for 14 percent of total orders- to the Taiwanese company which manufactures semiconductors for the all top consumer electronics of the world including Apple. Therefore, this would TSMC’s business but given the fact they are dependent on American design, they would have to follow American rules.

The ban on Huawei has completely rattled Chinese government and its state controlled media which published articles arguing that this would force China to retaliate, resulting in US-China tech cold war.

Global Times, the English language mouthpiece of Chinese Communist Party, published an article titled- Huawei ban drags China, US into tech cold war, which argued that ‘Washington hawks have destroyed global supply chain on 17 May. On the same day, it published another article titled- Countries could face US’ ‘semiconductor nationalism’ accusing US and its East Asian allies which are major players in semiconductor market- Taiwan, Japan, and South Korea, of destroying Chinese consumer electronics and telecommunication market.

Semiconductor, popularly known as chip, is very essential in manufacturing any modern electronics equipment ranging from Smartphones to Refrigerators, and with the ban on access to it; Huawei would head nowhere in global technology race.

A few years ago, Huawei was aiming to become a global technology giant with contract to roll out 5G infrastructure in all major European countries, but with anger towards China after Coronavirus pandemic and latest American ban, none of this would be possible.

Chinese government threw all its might to make sure that Huawei gets 5G network rollout contract in countries around the world including India, but all US needed to is to ban export of semiconductors in order explode its ambitions.

Most of Chinese technology companies are copycats of their American counterparts and theft of American intellectual property. So China has Baidu search engine modeled after Google; Alibaba modeled after Amazon, Tencent modeled after Facebook so on and so forth.  These companies are dependent on American giants in one or other way for software innovations or hardware equipments, and could not survive for long without American support.

Therefore, once America pulls out and puts ban on use of equipments and services developed by American companies, Chinese technology industry would collapse like a House of Cards.

Donald Trump has already started trade war back in 2016 after coming to power but kept technology companies out of this game. However, with the complete ban on Huawei in using semiconductors developed with Modern American technology, a trade war has started.  “China likely will retaliate, and investors should brace themselves for a possible trade war escalation,” Sanford C Bernstein & Co analysts led by Mark Li wrote. And with all consumer electronics and technology giants like Taiwan, South Korea and Japan on his side, it is not hard to predict who will win in this war.