After Huawei, Trump set to destroy Alibaba and Baidu by blocking them from American stock market 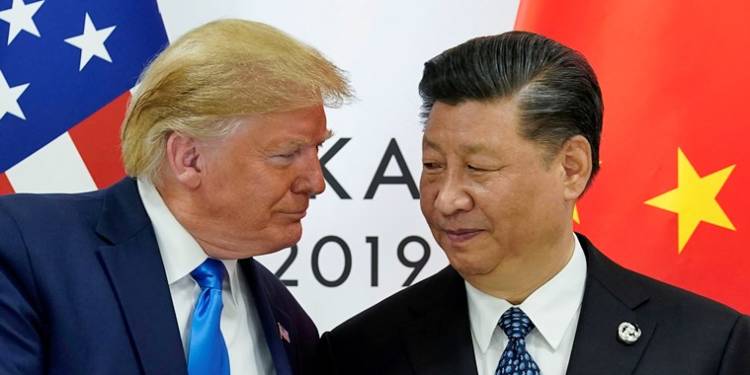 Amidst heightened tensions between the United States and China, the former is making the life of Chinese corporate giants difficult. Recently, the United States administration decided to ban all non-US chip (semiconductor) manufacturing companies that design semiconductors on secretive American model, to sell them to Huawei. Given the fact that semiconductors are the most essential device for any consumer electronics or telecommunication device; this ban would result in collapse of Huawei.

Now, the United States is set to block Capital market access to Chinese companies. Literally averting the ‘China Hustle’ whereby Chinese companies have been cheating the American investors all this while through securities fraud, the US Senate has passed a Bill, which if signed into a law can lead to as many as 800 Chinese companies getting delisted. Chinese majors like Alibaba and Baidu are set to be the worst-hit.

This is going to hamper the capacity of the Chinese conglomerates to raise capital and is likely to affect them in raising enough money for their ambitious projects.

The bipartisan Bill was introduced by Senator John Kennedy, a Republican from Louisiana, and Chris Van Hollen, a Democrat from Maryland. The Bill requires companies to certify that they are not under the control of a foreign government.

State-owned companies, of course, cannot prove that they are not under the control of a foreign government. When it comes to private companies, they will have to show that they are not under such control. Secondly, if the Public Company Accounting Oversight Board (PCAOB), an American watchdog isn’t able to audit the accounts of a firm for three consecutive years, the company would stand de-listed from the American stock exchanges.

While the Bill applies to all foreign companies, the move to strengthen disclosure is aimed at Chinese companies. John Kennedy tweeted, “The Chinese Communist Party cheats, and the Holding Foreign Companies Accountable Act would stop them from cheating on U.S. stock exchanges. We can’t let foreign threats to Americans’ retirement funds take root in our exchanges.”

The Chinese Communist Party cheats, and the Holding Foreign Companies Accountable Act would stop them from cheating on U.S. stock exchanges.

Senator Chris Van Hollen too said, “We just want Chinese companies to play by the same rules as everybody else. This is an important step forward for transparency.”

The top Chinese companies listed at the US stock exchange are either State-owned or bear close links with the Communist Party of China (CCP). Companies like PetroChina Company Limited, China Life Insurance Company and China Petroleum are all State-owned. Even Jack Ma’s Alibaba is not free from Beijing’s control. Jack Ma himself is a CCP member, and has said that he would happily hand over all his businesses to the party if it so desires.

The issue of transparency with Chinese companies, or the lack of it hurts the interests of the American investors. Take for instance, Luckin Coffee- a Chinese coffee house chain founded in 2017 which has probably triggered the present Bill.

The Chinese company had made a grand debut at the Nasdaq last year, and its shares had risen by 50 per cent on its debut at the American stock exchange, Nasdaq. Exactly a year later, a massive fraud has been unravelled. The company was exaggerating its sales for the second and fourth quarters in 2019 by a whopping 310 million US Dollars.

The Luckin Coffee episode came as a strong wake-up call for the American legislators. The American lawmakers now do not want murky Chinese companies to loot American investors. And once this Bill is signed into a law, the companies will be barred from raising Capital from the American market.

Shares in some of the Chinese giants listed in the United States, including Alibaba and Baidu slid on Thursday in New York, even though the market as a whole gained. What Chinese companies are staring at is getting stripped of billions in market value, apart from sustaining reputational damage.

Some Chinese companies like Baidu are thinking of shifting to other Stock exchanges outside the United States, but the fact remains that with better liquidity and a very deep investor base, the US Capital markets offer what Chinese corporate giants will not find elsewhere. For years, Chinese companies raised Capital from the American stock markets. But now the United States is all set to strangulate firms from China by blocking market access.

‘We are bankrupt,’ Imran Khan uses Coronavirus fund to pay interest on loans