Lesson for the whole world 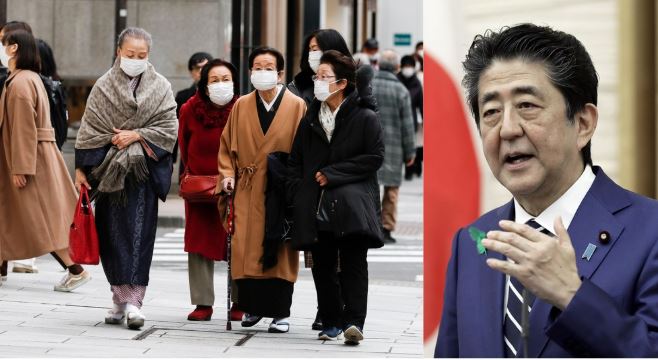 Japan, the easternmost country on the globe with 12.65 crore population, has registered only 16,628 Coronavirus cases so far and 13,612 of them have already recovered which takes the total number of active cases to around 3,000- one of the lowest in the world.

Japan was prone to devastation by the virus given its proximity to China; close business relations with many Chinese cities; and highest median age- 47.3 years- in the world. There were many metrics which were not in favour of the island country but it has registered only 851 deaths so far, that too without a harsh lockdown and massive testing.

On Monday, the Shinzo Abe led government lifted emergency and brought life back to normal, with no restrictions anything from restaurants to hairdressers. Japan has successfully flattened the curve with negligible number of new case reported in the last few days.

“Just by looking at death numbers, you can say Japan was successful,” said Mikihito Tanaka, a professor at Waseda University specializing in science communication, and a member of a public advisory group of experts on the virus. She added, “But even experts don’t know the reason.”

Contrary to contamination model followed by countries around the world of harsh lockdown and aggressive testing, Japan has just tested 0.2 percent of its total population- one of the lowest in the developed world- and did not enforce harsh lockdown.

So the country ditched WHO’s advice of ‘test test test’ and Western scientific community’s advice of imposing harsh lockdown to minimize human interaction and followed its won set up steps to contain the virus, and did it successfully.

This tells us that the Japanese government and citizens must have done something right which other countries like India, which has a very high population density in cities like Japan, and also have universal BCG immunization, should follow.

The first step Japan took was that many prefectures and the local governments announced closing of schools and colleges till April in the very early days of the outbreak, and everyone was advised to wear mask when going out.

The Japanese government has been dependent on ‘law abiding’ citizens of the country who have followed every order of the government and this is one of the reasons that the country has been able to control the pandemic.

Japanese people are probably the most law abiding citizens around the globe. Contrary to what we see in Europe, where people came out on the streets to protest against lockdown, and some countries even had to call the armed forces to enforce ‘social distancing’; or what we see in India, where people are offering Namaz prayers, spitting on roads, assaulting doctors, and chasing the health workers out of their area, Japanese people follow the government instructions very carefully. And this is the reason that the country is able to deal with natural calamities like Tsunami, flood etc; which regularly visits to the island nation.

Japanese government has reposed full faith in its citizens, as they have done right things earlier. Given the historical precedents during natural calamities, the government knows that its citizens behave responsibly. Japanese Prime Minister, Shinzo Abe, said the country will not be locked but advised the people to avoid public gathering, and wear masks. The government also said that every family would be provided two masks to ensure that everyone wears mask when they roam out for necessities.

Once the government instructed that every person would cover themselves with masks, the Japanese people followed it religiously. And given the various scientific researches published on effectiveness of masks in prevention of spread, it seems that this worked for Japan.

Taiwan’s Tsai Vs Hong Kong’s Carrie: A tale of 2 leaders. 1 crumbled under pressure. The other bullied the Bully