The birthrate in the country is showing a consistent decline 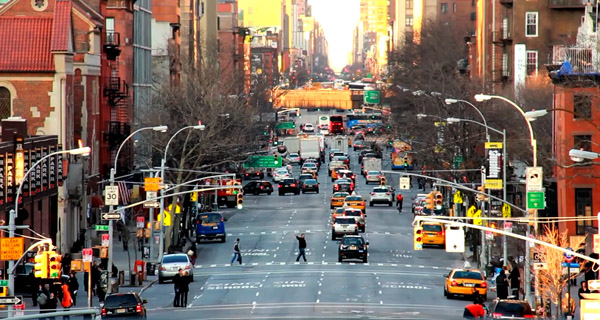 In 2019, the United States hit the lowest level in terms of the number of babies born in the country. As per a report by the Centers for Disease Control and Prevention, 37.5 lakh babies were born in 2019 which is the lowest since 1985. The fertility rate in the country touched 1.71 – down by 1 percent compared to 2018- and significantly lower than the replacement rate of 2.1.

A lesson in history would remind us that population growth is an essential phenomenon for the rise of any country or region. So, if the US population is declining sharply, it means the country is on a downward spiral, unless Americans start producing more babies. The decline of Europe, where the population decline trend started more than a decade before the US, is already visible; and same goes with countries like Japan.

Therefore, the United States is now at crossroads. And if the American leaders do not encourage Americans to produce more babies (As Europeans and Japanese leaders are already doing with no visible results), the decline of the US is imminent.

Contrary to what Malthusians argue (“Population trap” was the idea of Thomas Malthus, a British economist whose ideas became the reason behind famines and death of millions of people in the world including India), population has always been the greatest resource a country can possess.

Julian Simon, an American Professor of Business administration, who successfully predicted many global economic events like the fall of metal prices in the 1980s and 1990s, wrote a book named Population: The Ultimate Resource and destroyed all the claims of Malthusians and neo-Malthusians.

A century of rapid economic growth in Britain in the post-industrial revolution period (mid-18th century), which made Britain a global superpower, is attributed to exponential population growth in the country. In the mid-18th century, the small British Isles which do not constitute even 1 percent of global habitable land had around 10 percent of the global population. The population growth also paved the way for British people to explore other areas for settlement which led to the foundation of the mighty British Empire.

Closer home, India and China had been historically two of the world’s largest economies and most powerful nations/civilizations. And this was because both countries accounted for around half of the global population and a similar amount of GDP.

The per capita income in India and China was comparable to the Western world for most of the period of global history (currently it is 30 times lower than west for India and 6 times for China) but the total population was very high. So what made India and China the most powerful nations of the world was- the ability to generate high income for a large population. And this is what makes the United States global superpower today. The country with the third-highest population, that is 33 crores, has one of the highest per capita income in the world, that is, 56 thousand dollars per annum.

Therefore, the United States is a global superpower because it has 33 crore people with very high per capita income. With the decline in birthrates and no migrant population, given closed-door policy by Trump, the decline of the US looks inevitable unless the government takes steps to slow this decline.

A poor but populous country can be powerful, as evident in India’s current case, but a rich and small country obviously can never be powerful as we can see with the examples of smaller European countries like Denmark, Sweden, and Luxembourg.

William Pitt, one of the greatest Prime Ministers of Britain, famously said, “A man could enrich his country by producing a number of children, even if the whole family were paupers (poor).”

The 1984 World Development report by World Bank argued, “…there is little doubt that the key to economic growth is people, and through people the advance of human knowledge. Per capita measures of income should not be used to imply that the denominator, people, contributes nothing to the numerator, total income. Nor is population growth in itself the main cause of natural resource problems—air pollution, soil degradation, even food availability.”

So, if the United States wants to remain a global superpower, the leadership of the country must take steps to stop the population decline, otherwise, the fall of the US is inevitable.