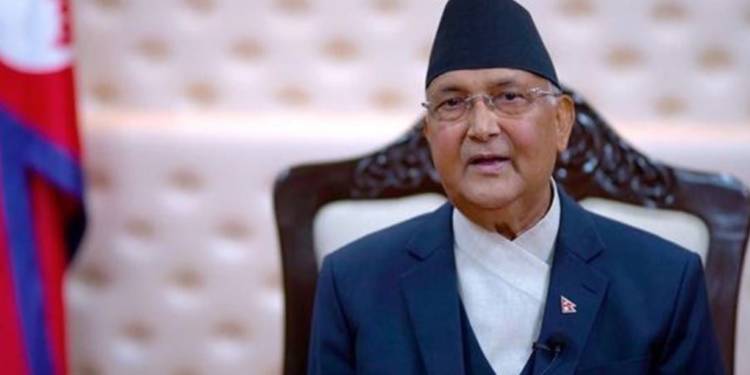 By disputing the tri-junction territory, Oli wanted to help China but now he is faced with a brutal reality check in his home turf- Nepal’s Parliament. In a huge setback for the anti-India regime in Nepal, the Parliament has deferred Oli’s plans to adopt the distorted political map. The Opposition parties in Nepal have not supported Oli’s anti-India manoeuvres, and therefore the Constitutional Amendment Bill to incorporate the revised political map has ended up in a precarious position.

The Bill was set to be introduced by Nepal’s Law Minister Maya Tungbahamphe but was removed from the scheduled list of business, after the principal Opposition Party- the Nepali Congress stated that it needed more time to arrive on a decision over the matter.

The ruling Nepal Communist Party cannot move ahead without the support of the main Opposition Party because the Bill to adopt the revised political map is a Constitutional Amendment Bill which requires two-thirds majority in the country’s Parliament.

Meanwhile, News18 has reported that according to senior Nepalese journalist Ishwar Dev Khanal, the Madhesh-based parties — Samajbadi Janata party Nepal and the Rashtriya Janata Party Nepal are also undecided and have also pressed KP Sharma Oli to address their long-term demand to be incorporated.

It seems that Oli’s sudden offensive against India might have opened up a Pandora’s box that might end up giving him a lot of trouble as the Madhesi demands could get renewed in the landlocked country.

New Delhi had not even reacted to Oli government’s invidious remarks, but the Nepal government’s plans to rake up minor territorial disputes through an objectionable map have hit a roadblock by themselves.

Meanwhile, the latest development has come as a glimmer of hope for India, and seems to have been taken positively by the Indian interests in Nepal. While the Ministry of External Affairs (MEA) did not react to the latest setback to Oli, Livemint has quoted a person acquainted with the development as saying that India was “carefully following developments in Nepal.”

Livemint has also attributed the source as saying, “Border issues are sensitive by nature and require trust and confidence to be resolved to mutual satisfaction.”

The person familiar with the development added, “We note that there is a larger ongoing debate on this matter in Nepal. It underlines the seriousness of this issue. It also demonstrates the value being attached to relations between Nepal and India. We continue to monitor the situation.”

This is indeed a major development and it shows how the Oli government faces an uphill task in arousing anti-India sentiment within the Himalayan country. India and Nepal share strong, cultural ties which certain elements in Nepal’s body politic might want to appreciate and this is what New Delhi can capitalise upon.

For a moment it seemed that with a Communist regime led by Oli in Nepal, Beijing had gained an upper hand over the landlocked country, which is traditionally an area of India’s influence. But the latest setback that the Nepal’s Prime Minister has suffered in the Parliament can change things upside down.

There may be a Communist regime in Nepal, but the political set-up is still that of a Parliamentary democracy. And this is where India now finds a small window of opportunity to exert the kind of influence that will not allow Beijing to take complete hold of the common neighbour.

India can afford to rely upon certain elements that can block Oli’s diabolical actions against New Delhi till the time there is a regime change in the country.

Oli wanted to needle India by raking up minor border disputes that can have significant repercussions on India’s strategic position against China. But his own Parliament has given him a brutal reality check and while China’s crony gets underplayed, India finds an opportunity to keep things in balance and kill time as long as Oli remains in power.