Torn between Idealism and Realpolitik – The saga of the European Confusion 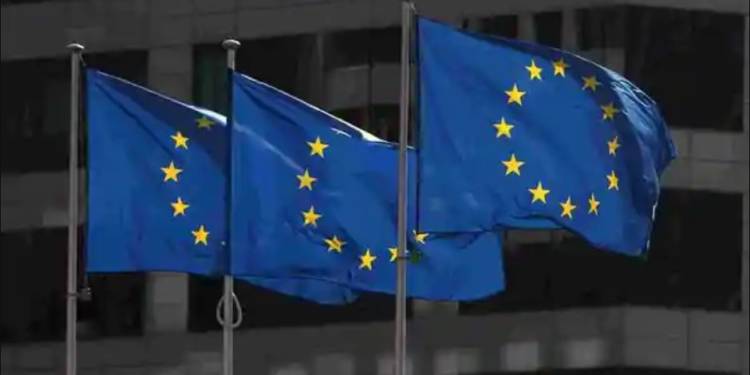 A day after Members of European Parliament (MEPs) voted in favour of filing a lawsuit against China if the Beijing imposes controversial National Security Law on Hong Kong, European executive has renewed its vigour to go ahead with Bilateral Investment Summit (BIT) through further round of negotiations.

The Legislature of European Union- European Parliament- and Executive- European Commission, led by President- are poles apart in their agenda when it comes to dealing with China.

On one hand European Parliament has made every effort to condemn and criticize human rights abuse in China, on the other, European executive is more concerned about business relations and avoids human right issues, whenever they have to choose between the two.

The European Parliament has been the most vocal critique of human rights abuse in China. Last year, when the protests erupted in Hong Kong on controversial extradition law and the authorities arrested protestors, the European Parliament passed a motion calling release of protestors and condemned excessive use of force against them.

This year, too, EU parliament passed bill to take China to International Court of Justice if the National Security Law is imposed on Hong Kong.

“The European Parliament has persistently been the most outspoken critic of human rights violations in China,” said Bütikofer, who led the effort to pass resolution on Hong Kong issue. But, the problem is, like any other parliament of the world, EU parliament can only pass bill but cannot enact a policy. That power relies with executive, which in the case of European Union, is not in sync with parliament, and prioritizes business relations.

“Today’s #EUChina summit is a much-needed opportunity to move forward on all aspects of our co operation. We’ll discuss wide-ranging topics, from trade to climate action, from sustainable development to human rights, from digitalisation and foreign policy to #coronavirus response,” tweeted von der Leyen after the summit.

Today’s #EUChina summit is a much-needed opportunity to move forward on all aspects of our cooperation. We’ll discuss wide-ranging topics, from trade to climate action, from sustainable development to human rights, from digitalisation and foreign policy to #coronavirus response.

On Leyen’s tweet, EU bureau chief of China Daily, the mouthpiece of Chinese Communist Party, replied- “China and EU have to focus on expanding win-win cooperation and narrowing differences through dialogues. EU should stand up and guard against the Cold War type of rheoric and action by Washington” telling Brussels to go with China in US-China cold war.

China and EU have to focus on expanding win-win cooperation and narrowing differences through dialogues. EU should stand up and guard against the Cold War type of rheoric and action by Washington.

The EU executive, as well as the executive branches of national governments, are operating on the principals of ‘realpolitik’ by keeping business interests at the forefront, instead of swayed over by idealism.

The European Union desperately needs Chinese investment as well as access to the Chinese market to revive its economy; therefore, the executive is avoiding confrontation with China by choosing to ignore human rights issues.

The legislature’s actions could only create media hype, but, to reflect these actions on the ground, a strong-willed executive, like that of the United Kingdom, is required. But, unfortunately, none of the European leaders have the spine to stand up to Chinese bullying.

The 700 plus member strong European Parliament, as well as the parliament of member countries, has been very vocal against the Chinese Communist Party, but, the Executive branch of the EU as well as national governments, have been more cautious in dealing with the dragon. The executive branch fears Chinese sanctions and tariffs of exports to China, which will hurt the companies amid these testing times when demand is already very low due to pandemic lockdown.

A few countries like the Czech Republic and the United Kingdom, which is now out of EU, are ready to sacrifice the economic gains for human rights issues and want to look for alternatives to decouple their economies from China, but others, like Germany and Italy, have kept their business interests on priority and given the fact these countries lead the executive branch of European Union, no strong action has been taken so far by the executive.

‘It is Senkaku, not Diaoyu,’ Amid Indo-China tensions, Japan sends a clear message to China