Indians are rooting for Trump 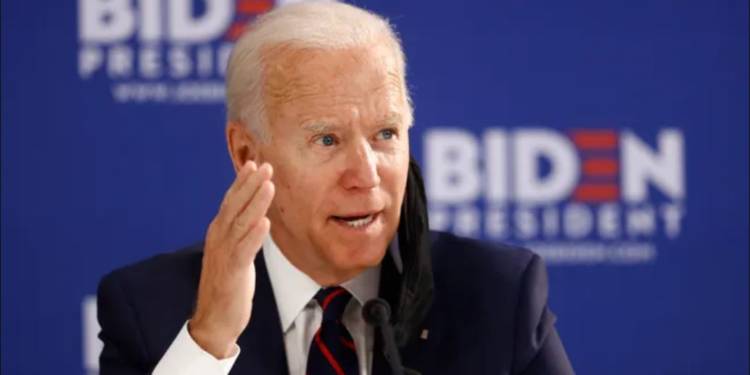 Joe Biden, the Democratic Party Presidential candidate, is out to woo the Indian community, which has traditionally voted for his party but crossed over to Republicans in the last few years given Trump’s outspoken pro-India stance.

Biden, in digital town hall meeting on Asian American and Pacific Islander (AAPI) issue organized by NBC news, said, “He (Donald Trump) just ended H-1B visas the rest of this year. That will not be in my administration.”

He further said that he would provide citizenship to millions of AAPI people on the very day he takes oath as President. Biden said, “On day one, I’m going to send the legislative immigration reform bill to Congress to provide a roadmap to citizenship for 11 million undocumented immigrants who contribute so much to this country, including 1.7 million from the AAPI community.” He added. “My immigration policy is built around keeping families together, modernising an immigration system by keeping families, unification and diversity as pillars of our immigration system, which it used to be.”

The Indian American community, although just 1 percent of the total American population- excluding students and migrant workers- are very influential in the United States, given their economic and political influence. Indian Americans are considered “model minority” given the high educational achievements, economic influence, and being law-abiding citizens.

The Indian high net worth individual contribute billions of dollars every year to party donation of both major parties and therefore, candidates of both parties want the community on their side.

Donald Trump, with his outspoken support for India and PM Modi in the last few years, has turned the Indian-American community towards the Republican camp. Now Biden is trying to lure them through means like H-1B visa and permanent citizenship. Biden also said that India is the “natural partner” of the United States.

But, Biden is trying to play on both sides. Previously he made some remarks which has hurt the Indian-American community within the US. He wants New Delhi to “restore” the rights of all Kashmiris and has also expressed disappointment over the Citizenship Amendment Act and the National Register of Citizens in Assam.

Joe Biden camp said, “These measures are inconsistent with the country’s long tradition of secularism and with sustaining a multi-ethnic and multi-religious democracy.” These remarks were actually posted on his campaign website as a part of the policy paper titled ‘Joe Biden’s agenda for Muslim American community’.

“Joe Biden has been disappointed by the measures that the government of India has taken with the implementation and aftermath of the National Register of Citizens in Assam and the passage of the Citizenship Amendment Act into law,” added the policy paper.

On the other hand, Trump has consistently backed Modi government’s foreign policy position in relation to countries like Pakistan and China, and called issues like CAA, NRC, Abrogation of Article 371 “internal matter” of India.

Therefore, Biden is not going to win-back the proud India-American community for the Democratic Party just by offering H-1B visas and permanent citizenship, he must back India’s foreign policy position like Trump.