‘Mosques in our country are in control of Islamists,’ Netherlands wakes up to the threat of Islamic extremism

They are pumping in millions 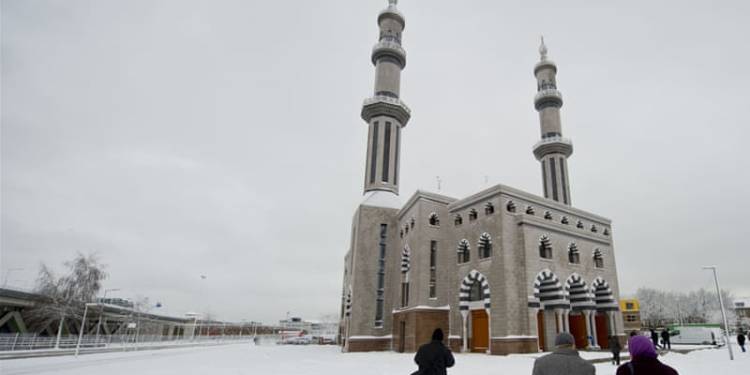 This image has been used for representational purpose only)

The Muslim Brotherhood, and specific countries from the Gulf with an inexplicable love for Salafi Islam, are pumping in millions of euros into the Netherlands, a parliamentary inquiry report, called the Parliamentary Inquiry Committee on Unwanted Influence from Unfree Countries published late last month has revealed. The inquiry committee, headed by Dutch MP Michel Rog, has raised alarm in the country over the influence which Islamic nations and their subsidiary organisations have come to exert among the Muslim population. Among the biggest players in the ideological financing game are countries like Qatar, Turkey and Kuwait. It has been revealed that Mosques, and other institutions run under them, receive hefty funds from abroad, and are subsequently seen toeing the extremist ideology of donors from within the Muslim Brotherhood.

Reportedly, the committee looking into the matter, headed by Rog, has published its report after months of inquiry into the same racket. The committee is also said to be of the opinion that foreign financing of such institutions must now be banned, given the extreme findings of the inquiry. The Dutch cabinet seems to agree with the same.

Turkey has been using its official state religious propaganda arm, Diyanet (Directorate of Religious Affairs), to influence the Dutch-Turkic minorities in Netherlands. The Turkish state has been appointing religious heads, preachers and other officials to institutes funded by it. What is now being seen is that such people who have been consciously or unconsciously consuming religious propaganda funded by Turkey, are now increasingly favouring the Erdogan-led country over their country of residency. Turkey’s official policy “is aimed at perpetuating their vision of Islam in the Netherlands through the Diyanet mosques,” the committee wrote in its report. Diyanet is also said to have a subsidiary organisation in the Netherlands called the Islamic Foundation Netherlands (ISN). In the Netherlands, over 148 mosques, which make up about a third of the country’s total mosques are said to be connected to the Diyanet through the ISN.

Essentially, Islamic countries are financing various institutions like Mosques in the Netherlands as a means to exert soft power over the country, and to brainwash the local Muslim population in their favour. If the Netherlands can have such a large-scale soft power campaign being run on its soil by foreign powers, which it calls “unfree countries”, one can only imagine the kind of influence the Gulf and Islamic countries with a liking for Salafi and Wahhabi Islam must be exerting around the world, more so in Europe. What is worrying, however, is that for such soft power to take the form of hard-line extremism will not take long.

Mosques have emerged around the world as tools for some to influence practitioners of Islam, and brainwash their minds under the garb of religious sermons. The funding of such institutions is what plays a major role in spreading religious and ideological propaganda. All countries must begin looking into the finances of such institutions, like the Netherlands did. Certainly, the Netherlands isn’t the only country where money is being pumped in.

Bad news for China: The new world order must ensure that the era of expansionism is over once and for all

Trump will lose the Presidential election in 2020, just like he lost in 2016