Foreign criminals will be barred 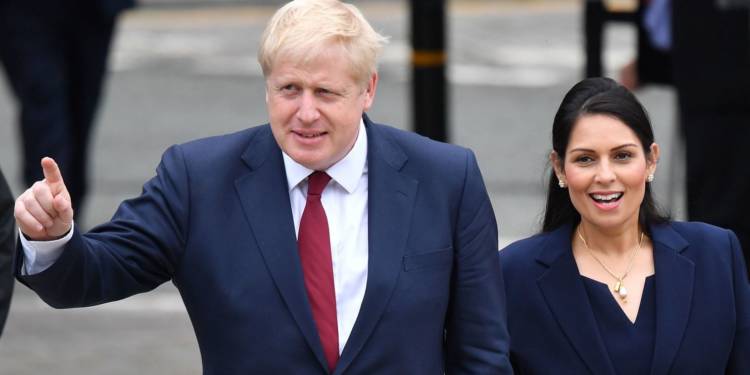 UK’s transition period from European Union to a non-EU nation ends this year on New Year’s Eve. Home Secretary Priti Patel has now come up with the new immigration policy that will all but certain quell all the non-skilled or unskilled workers from entering the UK. From 1 January 2021, there will no longer be free movement for EU citizens who want to come to live and work in the UK.

A point’s based system has been introduced by the Tories which has passed the second reading in the House of Commons. The new immigration policy is designed to cut the number of low-skilled migrants entering Britain, while making it easier for higher-skilled workers to get visas. However, there will be no limit on numbers.

To put it to a layman, from 1 January 2021, all workers, EU or not, under the new immigration policy, will be required to gain 70 points, awarded for meeting non-negotiable criteria’s such as having a job offer, holding a PhD degree relevant to the job, must be speaking English or earning more than 22,000 pounds.

Having a job offer from an “approved employer” at an “appropriate skill level and being able to speak English will automatically entail 50 points to the applicant. The remaining 20 “tradeable” points can be incurred by having a higher salary or by working in a shortage job, or having a PhD. Also, the people who opt for the occupations lacking labour like nursing and civil engineering will gain extra points.

There is no route for so-called “unskilled” work. Anyone applying for a “skilled work” visa in the UK must earn a bare minimum of £20,480.

There will be a Health and Care Visa to give fast-track entry, dedicated support and a discount on the £610 standard visa application fee. The NHS visa as referred by Prime Minister, Boris Johnson is a new fast track visa for health workers. The NHS visa holders and their immediate family members will also be exempt from the Immigration Health Surcharge

Criminals with 1 year jail term to be deported

Foreign criminals sentenced to more than a year in jail can be barred from entering Britain. The change would mean criminals from the European Union are treated the same as currently happens to those from non-EU countries. Anyone sentenced to more than a year’s jail in the UK would be lined up for deportation. Those seeking to come to the UK can also be refused entry if they have committed an offence which caused serious harm or are a persistent offender who shows particular disregard for law.

One of the bedrocks of UK’s Brexit plan was to cull the problem of illegal migration. Through the new immigration policy, the UK and Priti Patel are trying to send a message to those unskilled labourers who are trying to seek asylum or enter illegally that they will find it tough to break through the system now.

By blurring the line between EU and non EU nations, the UK is trying to form a new identity of itself where the free pass that EU nations and its citizens used to have in the country would be abridged.

The infamous ‘Surender Singh route’ to enter UK, named after a historical immigration court case would see its end sooner or later. The scam involves UK nationals who want to bring in close relatives from outside the European Economic Area.

If a UK national lives and works in another European country for a period of time, they can be considered under EU rather than British law on their return.

That means that if they have been joined by a non-EEA spouse, they are allowed to bring them into the UK without having to meet certain immigration requirements that apply to Britons.

However, with the introduction of the 70-point based system, this route will be rendered worthless as EU or non-EU, every citizen irrespective of the country will have to go through the same route.

The asylum seekers who routinely come through the English Channel from Calais are often dubbed as illegal immigrants till they do not get the official nod or status from the government.

The UK possibly will be looking to counter the huge deluge of refugees through this measure. According to Mirror, last year, immigration from non-EU countries rose to 404,000, the highest it has ever been since records began in 1975 when it was 93,000. This figure is without counting the free movement EU citizens have to come to UK.

Meanwhile, India has welcomed this policy with open arms. Indian businesses have also welcomed this new immigration policy and have highly appreciated the demand for high skilled labour. India is a major contribution of the workforce to Britain. Through the watertight reforms and NHS visa, the Indian diaspora should be satisfied.