Vietnam is turning to be China's nightmare 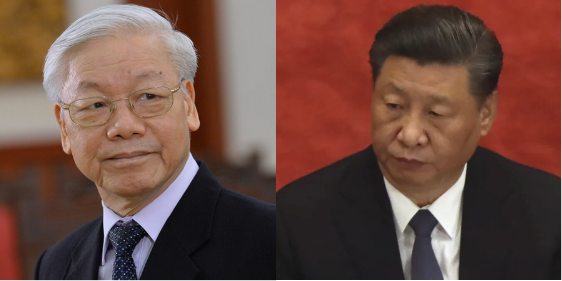 Chinese belligerence and expansionism is creating new threats and enemies for Beijing. One of the bigger threats that have emerged against China is the Southeast Asian country of Vietnam. Vietnam has shared tense relations of rivalry with China over the past several decades. Vietnam was one of China’s many rivals. But now the Southeast Asian country has emerged as a big threat to Chinese hegemony.

Vietnam is creating new challenges for Beijing. Hanoi is attracting multinational companies that are fleeing out of China, and at the same time leading the ASEAN in its crusade against Chinese aggression in the South China Sea.

Hanoi and Beijing have a history of insecurities and mistrusts. The backdrop of their relations is dominated by the 1979 Sino-Vietnamese war. Vietnam had inflicted a brutal counterattack on China after the latter tried to invade the Southeast Asian country.

Beijing then wanted to teach an “ungrateful” ally a lesson after Hanoi sign the Treaty of Friendship and Cooperation with the Soviet Union in November 1978. Those were the times of a Sino-Soviet split and the Socialist world was witnessing an ugly spat.

The Sino-Vietnamese War was also supposed to stop Vietnamese attempts to dislodge the Beijing-backed Khmer Rouge regime in Cambodia. However, when the Chinese People’s Liberation Army (PLA) infiltrated into Vietnam, it met stiff and brutal opposition.

According to Western estimates, 28,000 Chinese troops were killed while another 43,000 were injured. The casualties in Vietnam stood in the range of 20,000 to 35,000- many of them civilians who were killed by the PLA soldiers during the invasion into Vietnam.

China was given a bloody nose. It had to recede from Vietnam. Hanoi grew even closer to the erstwhile USSR and Vietnamese troops also remained in Cambodia till the late 1980s.

In the years ahead, the Sino-Vietnamese relationship has been built on this acrimonious past. While Vietnam calls Beijing’s misadventure “brutal and illogical invasion”, a red-faced China simply avoids talking about the humiliation.

In recent years, however, Vietnam has managed to emerge as a much bigger threat than what China would have fancied. Hanoi has achieved unprecedented success in securing multinational companies that are moving out of China.

Between April 2018 and August 2019, 56 companies relocated their production out of China owing to the trade war between Beijing and Washington. Vietnam managed to attract 26 of these companies. Comparatively, only three went to India and two went to Indonesia.

With the advent of the Coronavirus Pandemic, the exodus of European, American and other multinational companies out of China has only accelerated. Vietnamese economy keeps growing bigger at the expense of China, as the Southeast Asian country is the preferred destination for those relocating production out of China.

There are many reasons why Vietnam has succeeded in damaging China’s economic heft. Hanoi has done many things right- cutting red tape, investment in infrastructure, education, and health.

Translocating production out of a country is not an easy task. This is where Vietnam again gets an edge over its competitors. Its geographical proximity to the People’s Republic of China allows companies to shift their bases without much of a logistical burden.

What Vietnam has also been able to do is challenge China’s Salami-slicing tactics in the South China Sea. While the ASEAN has been making exceedingly anodyne statements about the recent Chinese aggression in the strategic waterways, Hanoi has made all attempts to mobilise opinion against China within the regional bloc.

In June, the ASEAN issued harsh remarks against China’s claims in the disputed waterways for the first time. This was a clear departure in the ASEAN narrative on China.

In a strongly-worded statement issued by the ASEAN Chair, Vietnam on the behalf of the 10-country bloc said, “We reaffirmed that the 1982 UNCLOS is the basis for determining maritime entitlements, sovereign rights, jurisdiction and legitimate interests over maritime zones.”

The statement further read, “UNCLOS sets out the legal framework within which all activities in the oceans and seas must be carried out”.

The rise of anti-China sentiment within the ASEAN has been largely attributed to the relentless efforts of the current rotating chair- Vietnam.

In fact, Vietnam had also rubbished a Chinese order banning fishing activities in the disputed waters which China has claimed above the 12th parallel in a bid to conserve stocks. Condemning China’s bizarre decision, the Vietnamese Foreign Minister had said, “Vietnam asks China not to further complicate the situation in the South China Sea.”

Beijing would have thought that it can bully everyone in the South China Sea as the Southeast Asian countries don’t have the political and military heft to stand up to Chinese aggression. However, Beijing’s old rival- Vietnam has stood up to Chinese belligerence. Once only another Chinese rival, Vietnam is now emerging as one of the biggest threats to the Chinese domineering.

87 companies to pack up and leave: Japan begins the undoing of China’s economic might