‘Taiwan has hope in India’s WHO leadership,’ Taiwan sees WHO membership as a possibility finally 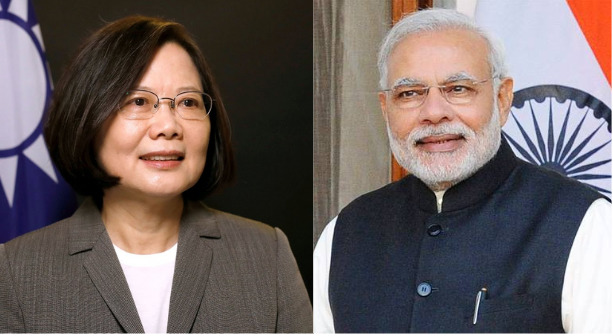 Taiwan has been hard done by the World Health Organisation despite the island country’s successful battle against the Wuhan coronavirus pandemic as the WHO under heavy Chinese influence has yet again denied Taiwan its right to participate in the World Health Assembly. Taiwan has entrusted hope and trust in India’s leadership as India is now the new Chair of WHO’s all-powerful – Executive Board.

In an exclusive interview to WION, Taiwan’s Acting Ambassador Jack CH Chen said, “We hope that India, as the new Chair of WHO’s Executive Board, will help ensure the WHO Secretariat maintains a professional, neutral stance when considering issues related to Taiwan’s participation, such as granting Taiwan observer status at the World Health Assembly and including Taiwan in all WHO meetings, mechanisms, and activities. This would help ensure the health and welfare of people in Taiwan and around the world.”

In 2016, when the fiercely democratic Tsai Ing-Wen ascended to power by rooting out the pro-China Kuomintang government, China activated its lackeys in the WHO and consistently barred Taiwan from participating in the World Health Assembly.

In the post-pandemic world, Taiwan has grown in stature as not only did it successfully defeated the virus, it also undertook mask diplomacy and helped other nations in their fight against China-made pandemic. Naturally, ahead of the 2020 World Health Assembly, countries rallied around Taiwan and urged for its participation but the Xi Jinping’s lackey and director-general of the WHO, Dr Tedros refused to budge as he shamelessly pandered to the Chinese propaganda.

On Taiwan’s continued absence from the WHA, Chen said, “Taiwan did not receive an invitation to the 2020 WHA held in May due to interference from China and WHO’s failure to maintain a professional, impartial stance. Other countries have noticed China’s unreasonable influence on international organizations and have publicly expressed support for Taiwan. There was an overwhelming outpouring of support for Taiwan’s participation in the WHA this year, which shows that the world recognises the urgency and importance of Taiwan’s participation in WHO. This has been encouraging for Taiwan and we believe that the more international support we obtain, the closer we grow to our goal.”

Recently, India posted a senior diplomat to Taiwan which effectively mean India has sown the first seeds towards recognition of Taiwan as a sovereign nation.

In a move that will solidify India’s ties with Taiwan, India has posted Gourangalal Das who used to handle Indo-US relations as its new envoy to Taiwan. The Indian Express reports that Das who is currently Joint Secretary (Americas) in the Ministry of External Affairs, has been designated as the new envoy to Taiwan.

A Joint Secretary in the MEA posted to handle India’s relations with the US, China and Pakistan, is considered to be important and hence, this move has far-reaching consequences as India is puncturing a hole in the Chinese Communist Party’s “One China policy”.

In the aftermath of the violent clash at the Galwan Valley, it seems that India is ready to shun its politically correct stance and is ready to engage with Taiwan and perhaps that’s why Taiwan is showing hope and trust in India’s leadership.

Trump wants a solution to Serbia-Kosovo issue to keep China at bay, but EU may be sabotaging his efforts