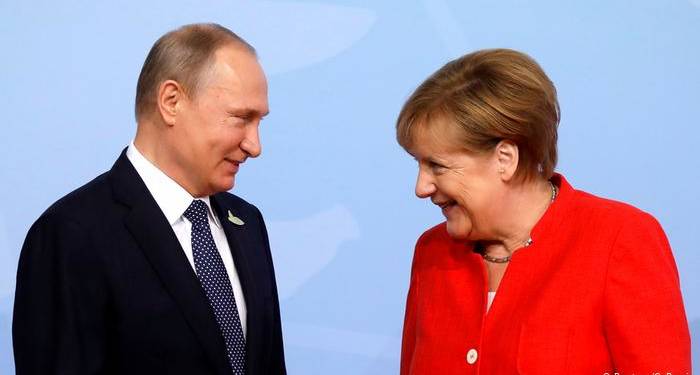 “Get out now, or risk the consequences,” declared US Secretary of State Mike Pompeo, to the companies involved in the construction of Nord Stream 2 pipeline, an ambitious project to supply natural gas from Russia to Germany which runs parallel to Nord Stream, which will now be called Nord Stream 1.

Angela Merkel-led German government allowed the construction of the natural gas supply pipeline despite the reservations of the United States and many central and Eastern European countries. Many countries including Poland and the Baltic republics of Latvia, Lithuania and Estonia, which are members of the European Union, opposed the construction of the pipeline given its geostrategic advantage to Russia. 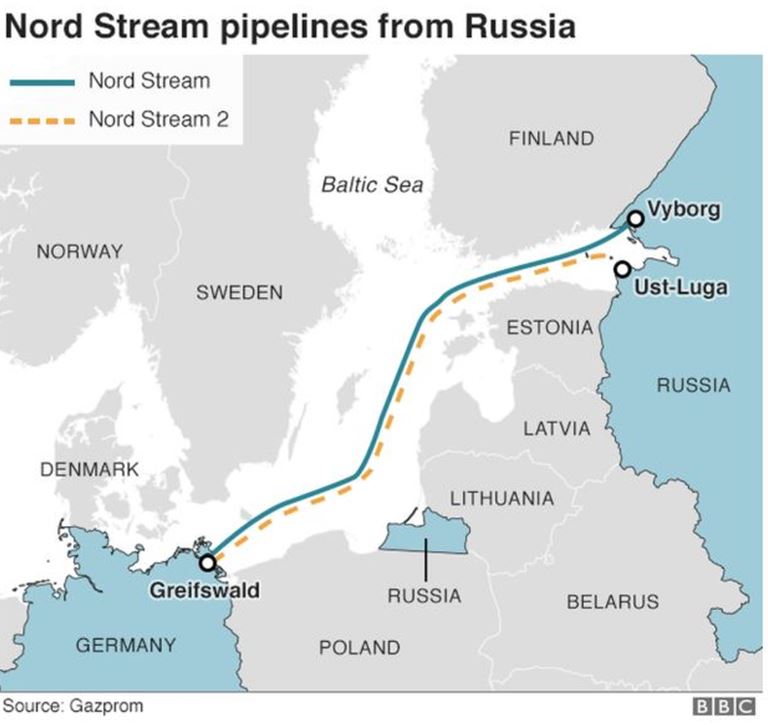 However, Germany, being the de facto leader of the EU, pushed for the project despite opposition from member countries. As the European Union has decided to go ahead with the project despite opposition from EU member-states and NATO member-states, the United States warned to pull out troops from the station in Germany as well as impose sanctions on the companies involved in construction.

“We’re supposed to protect Germany from Russia, but Germany is paying Russia billions of dollars for energy coming from a pipeline… Excuse me, how does that work?” Trump roared at a recent campaign rally.

Responding to American warnings about pulling out US troops out from German stations, German Defense Minister Annegret Kramp-Karrenbauer (AKK) said that this would trigger a debate among the NATO member-states. Kramp-Karrenbauer said, “If they [the troops] stay in Europe, then this remains a commitment towards NATO. But if they were to be restationed in the Indo-Pacific region, then that would indicate a change to US strategy, which then would spark a debate within NATO.

On the opposition from EU member states, AKK said that the issue was being discussed. She said, “Nord Stream 2 is a project that is also being debated among European Union, as well as NATO member states… There is concern that Germany could become too dependent on Russian gas, a concern we were able to defuse. But it’s also about the concerns and the legitimate interests of Ukraine and Poland, which have to be negotiated into the contracts.”

Moreover, Germany is making a case of counter-sanctions against the United States with EU member states, which would trigger a trade war. The defense and security analysts have already warned that this project weakens Europe and strengthens its arch-enemy Russia. However, Merkel is not ready to listen to any opposition on this matter.

Politicians from across the political spectrum of Germany are hell-bent on making the Nord Stream 2 project a success. Gerhard Schroder, a politician from the leftist Social Democratic Party and Angela Merkel’s predecessor as Chancellor (1998-2005) is chairman of the board looking after the completion of the project. Schroder is known for being close to Russian President Putin, and his party is very popular in Eastern Germany, which was formerly part of the Soviet Union. Incidentally, Merkel was also brought up in the German Democratic Republic (GDR) or what was known as East Germany- which was part Soviet Union until the fall of the Berlin wall.

Under pressure from business lobbies and leftist political parties, Angela Merkel had ignored the opposition to the project from US and EU member states. As Merkel promised that the project would help the country in phasing out fossil fuels and become a carbon-neutral country, leftist and green parties rallied behind it.

However, what Merkel does not tell the common people of Germany is that this would make the country completely dependent on Russia for its energy resources. 40 per cent of Europe’s energy supplies are already controlled by Russia, which can be used as a strategic advantage, and this project would further the reliance on Russia, the same country that the German-led European Union advocates sanctioning over several matters. This whole saga reeks of serious hypocrisy.

Crimea, which was under Ukrainian control, was annexed by Russia despite warnings of economic sanctions by the EU, because of which Ukraine has repeatedly warned against the project and opposed it. “This is not only a matter of energy security, it is a geopolitical issue,” Ukraine’s President Volodymyr Zelensky said of the Nord Stream 2 gas project after Denmark allowed the use of its territory for the completion of the project.

The new pipeline will reduce Ukraine’s strategic importance as it will be bypassing the country, isolating it in the geopolitical equation. This is something that Putin strongly desires. But Ukraine’s warning made no difference in Germany’s policy.

Meanwhile, Angela Merkel refuses to recognise the threat posed by China. Her government refuses to take action against China, or follow Trump’s lead in questioning China’s wrongdoings. Instead, the leader portrays Russia as Germany and the European Union’s arch-enemy and has warned that the withdrawal of American troops from German stations would risk the security of America’s allies in Europe. But, at the same time, it has continued to pursue business interests with Putin led Russia. Also, the US has repeatedly asked the NATO countries to bring defense spending at 2 percent of GDP but Germany’s spending remains at 1.3 percent.

Trump has been pushing Germany to lead the European Union into buying more American shale natural gas since the United States became a net exporter of energy, but instead of pursuing business deals with its strategic ally, the Merkel government has continued to give good business to Putin’s regime. At the same time, Merkel does not want to help the US in the fight against China and continues to tell the US administration that Russia, not China is the real threat.

This shows that Angela Merkel led the German government is prioritising corrupt corporate interests of business groups close to Russia and does not have a holistic vision for the future of Germany or Europe.