From Chile to Brazil, China is losing Latin America. One country at a time 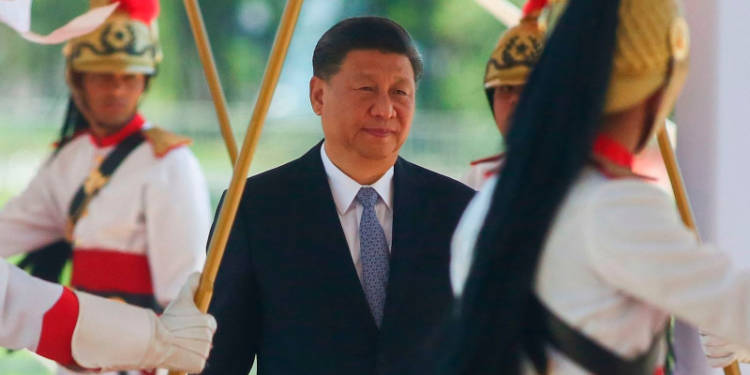 Chinese belligerence and aggression have found new haters- the Latin American countries. A continent that was driven by strong trade ties with China not very long ago is now snubbing the Middle Kingdom.

As per The Nikkei newspaper, Chile has snubbed China and has chosen a route suggested by Japan for the South American country’s first fibre-optic cable that will directly connect Latin America and the Asia-Pacific region. The route designates New Zealand and Australia as the endpoints, stopping well short of China.

The Chilean government has been planning this fibre-optic cable project for quite some time. The main bidders are Japan and China. Chinese tech giant Huawei too had submitted pre-feasibility studies in 2017 to explore maritime routes.

Chile seems to have given a strong setback to Beijing. Chile is supposed to be a strong partner of China. The country had joined Xi Jinping’s flagship Belt and Road Initiative (BRI) in the year 2018 and according to InvestChile, China has a whopping 2,000 million US dollars of investments in Chile. But now the Latin American country has now given a major snub to China.

However, when it comes to South America, Chile is not an aberration rather it is a part of a larger trend of anti-China sentiment that is taking grip of South America. China is losing Latin America, one country at a time.

Take for instance Ecuador, a country that has been reeling under the weight of the Chinese debt trap. Former Ecuador President Rafael Correa had borrowed billions in debt from China which financed schools, dams, roads and office buildings. China kept building infrastructure regardless of Ecuador’s affordability. And now the incumbent Moreno administration is facing a huge deficit.

China doled out loans in South America, which are partially payable in resources- oil in Ecuador’s case. China is robbing Ecuador of its most important natural resources and recent events have damaged debilitated bilateral ties. Recently, it was reported that the CCP unleashed a huge fishing fleet, a Chinese militia to be precise, some 160 miles away from the Galapagos Islands, an archipelago in Ecuador.

China has exhausted its own fishing resources and is now targeting the Galapagos, one of the world’s richest fishing zones and Ecuador is alarmed with the entry of Chinese vessels in the region.

Beijing has also used unfair means to restrict imports from Ecuador, which is already reeling under a debt crisis and a virus of China’s making. Earlier this month, China suspended import of shrimp from three Ecuador firms on flimsy allegations of Coronavirus in shipments.

Brazil, Mexico and Argentina too are witnessing anti-China waves with the Brazilian government turning particularly hostile towards China. Recently, a group of President Bolsonaro’s supporters hoisted a banner in front of the Chinese Embassy with the phrase, “China Lied, People Died.”

Moreover, Jair Bolsonaro’s son Eduardo Bolsonaro had also published a tweet in which he called the Coronavirus “Chinese virus”. Eduardo, a Brazilian lawmaker who had won elections with a record margin, had drawn an analogy between the COVID-19 Pandemic and the Chernobyl disaster. The Chinese Embassy had sought an apology from the Brazilian government showing how badly ties have soured between the two countries.

Chinese tech giant Huawei also seems to be getting edged out of Brazil, as the Trump administration is stepping up the pressure on the Bolsonaro administration. It will fund the Brazilian 5G network only if Brazil dumps Huawei.

According to local media, Xi Jinping refused to talk when Jair Bolsonaro tried to call the Chinese President to disavow his son. In Argentina and Mexico too, the anti-China sentiment is visible both in the social media and everyday life.

Beijing has built trade ties in Latin America. Chile, Peru and Uruguay, along with 16 other countries have joined the Belt and Road Initiative (BRI), though the regional big-wigs like Argentina, Colombia, Mexico and Brazil have stayed away. China is the second-largest trade partner of South America, next only to the United States.

However, Beijing has failed to build people-to-people ties in the region. There are barely any cultural exchanges which has started to hurt the Dragon when confronted with a wave of hostile public sentiment. China has started losing Latin America, in part due to its debt trap and in part due to Chinese belligerence. The region is thus slipping out of Jinping’s hands one country at a time.

‘Immigrants are welcome,’ Post-Pandemic Japan will attract the world, to reclaim its throne from China