China had almost colonised Africa but then came US, India, Japan and Russia to kick it out 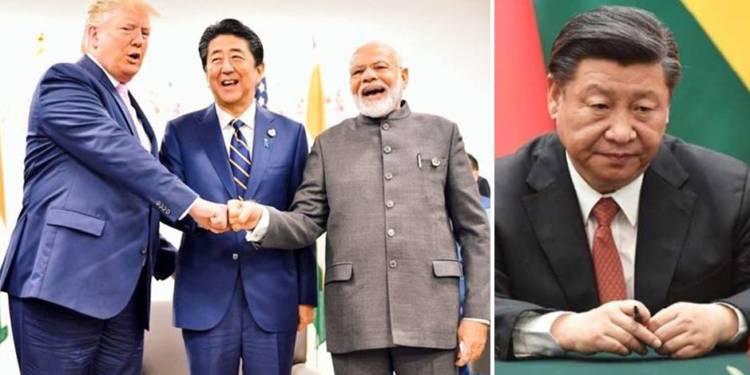 China’s grand colonisation plans in Africa have hit a roadblock. Japan, the United States, India and Russia are taking a keener interest in the African Continent and this comes at the cost of Chinese influence in the region. According to the latest SCMP report, the United States is funding a massive Liquified Natural Gas (LNG) project in Northern Mozambique, raising the prospects of the US-China rivalry entering the African Continent.

The project is the first big US investment in Africa and the Export-Import Bank of the United States (Exim) has approved a 4.7 billion US dollar loan to finance it. This is the largest direct loan in the Bank’s history when it comes to Sub-Saharan Africa. It will help the US in exporting goods and constructing an LNG facility in Mozambique’s Afungi peninsula.

There is a strong US-China enmity undertone behind this LNG project as the US upstaged Russian and Chinese governments who were also interested in this project. This is the first serious blow to China’s dominance in Africa, when it comes to China’s shrewd ‘debt-trap’ diplomacy. China is not only the biggest trading partner of the African Continent but also its largest creditor. As a whole, Africa owes 150 billion US dollars to China.

US Exim Bank president and chairman Kimberly Reed said, “We were told that China and Russia were slated to finance this deal before our Exim board quorum was restored by the US Senate one year ago.”

Reed added, “This project continues to serve as a great example of how a revitalised Exim can help ‘Made in the USA’ products and services compete in a fierce global marketplace and counter competition from countries like China and Russia.”

The American equipment supplied on the EXIM bank loan will be used by a French oil company- Total, for the production of LNG. The US is not alone in countering China’s long bilateral-ties in the African Continent. Japan is already funding 3 billion US dollars for the Total LNG project through the Japan Bank for International Cooperation.

The US had started pushing for greater influence and space in the African Continent in February itself when the US Secretary of State Mike Pompeo visited three African countries- Senegal, Angola and Ethiopia. China has invested billions of dollars in infrastructure projects in these countries. Pompeo had spoken at length about the burden caused by debt traps and it was accepted that Washington would make a move in Africa to brutally counter the well-known ‘debt-trap’ diplomacy of China.

Apart from the US and Japan, India and Russia have also been challenging Chinese hegemony in Africa. In May, India’s Ircon International Limited (IRCON), a Miniratna PSU under the Ministry of Railways signed an MoU with ZD International LLC, a subsidiary of state-owned Russian Railways Company to explore the opportunities for the development of railways and other infrastructure projects in Asia, Africa and Latin America.

Long-time acquaintances Russia and India thus decided to fill the vacuum, bound to be created in a post-COVID world due to the backlash that China’s trans-continental infrastructure programme Belt and Road Initiative (BRI) is facing in all parts of the world, including Africa.

Of late, China has been facing a lot of backlash from within Africa. The Belt and Road Initiative (BRI) has been losing steam, as Chinese projects in countries like Kenya and Tanzania are getting scrapped. This year, anti-Black racism and China’s debt-trap diplomacy have become contentious issues in Africa.

The State-sponsored crimes against Africans in China in the guise of battling COVID-19 and the African demands to cancel debt have eroded Beijing’s influence in Africa. Modi government has found its way to expand its influence in African with China’s receding presence. External Affairs Minister, Dr. S. Jaishankar has been enhancing interaction with countries like Burkina Faso, Comoros, Uganda, Mali, Niger and Nigeria.

For decades, Africa remained the most ignored part of the world. Europe paid no heed to the Continent even though France, Germany, Britain and Italy- the leading European powers had several former colonies in the Continent such as Libya, Eritrea, Gambia, Central African Republic, Tanzania and Sudan.

The US also ignored the African Continent for the most part which allowed China to find its way into Africa and spread its tentacles through debt traps and trading ties. However, now other global powers- the US, Russia, India and Japan have started competing in the larger backdrop of waning Chinese influence. The big powers are thus preparing to kick China out of Africa.

China floods its villages to save its cities. Chinese media praises the supreme sacrifice of the villages