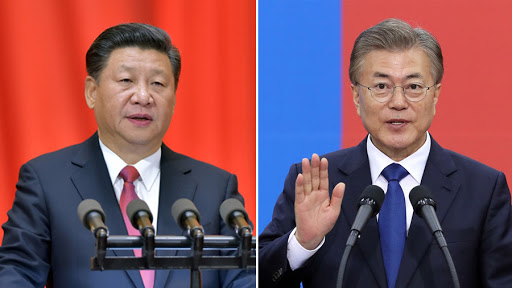 This week, Samsung electronics halted the operations in its last personal computer manufacturing unit in China. As per the reports, Samsung has shut down its factory “as part of ongoing efforts to enhance efficiency across our global production bases.”

Chinese people are increasingly worried about the fact that factories are leaving China, as most of them would end up being employed as export-dependent Chinese economy would collapse due to the exodus of foreign companies. “Samsung will not be the last foreign-funded business in China to pack up and leave as China is just a manufacturing base and the main markets are in the US and Europe … if these markets are closing doors to Chinese goods, it’s inevitable that multinationals will pull out,” one commentator wrote on WeChat, China’s main social media platform.

The relations between the two countries hit a roadblock in 2016 when China imposed sanctions on South Korea for the installation of Terminal High Altitude Area Defense (THAAD) missiles which increased the American military influence (and thus South Korean influence, too) in the region. China’s opposition to the installation of missile, generated a popular resentment against Beijing which has been visible in Korean pop culture in the last few years.

Seoul was worried about China’s rise and its assertiveness. And “those fears became a reality when Beijing emboldened by its growing economic, diplomatic, and military weight, took a more confrontational approach and sought to exert its strength towards punishing South Korea when it decided to deploy the Terminal High Altitude Area Defense (THAAD) American anti-ballistic missile defence system after North Korea’s fourth nuclear test in January 2016,” wrote Jung Pak, who heads Korea chair at Brookings institution.

It can be said that South Korea’s stance towards China hardened due to Donald Trump, too. Given the fact, America guarantees security to South Korea and practically controls its foreign policy; the hawkish stance of Trump against China is getting reflected in South Korea policy. Recently, Trump invited South Korea to join the expansion Group of 7 and the government in Seoul had to accept that despite initial reluctance.

Now South Korean companies are leaving China as they fear American sanctions. The threat of US-China trade war, too, looms large on the countries that are traditional allies of the United States, as they risk losing business in the American market if they continue to deal with China.

The most accepted perception among those who do not observe the supply chains closely is that Chinese factories are dependent only on the American and European companies, which contract out their manufacturing processes to the Communist country. The crucial role played by other East Asian economies (Japan, South Korea, and Taiwan) in making China the “factory of the world” is often ignored.

It is imperative to note that, Japan, South Korea, and Taiwan are all high-income countries and the majority of their companies have outsourced their manufacturing processes to China. These countries have played a very vital role in establishing China as a manufacturing powerhouse, and their companies still give employment to the millions of Chinese workers. But, amid Coronavirus, as China ups the ante towards its neighbouring countries on the border, these countries have decisively started the ‘undoing of China’s economic might’ by shutting down their factories in the Communist country.

Japan and Taiwan are now incentivising their companies to shift their production from China to their own country, or any other friendly country. Now South Korea, too, is nudging its companies to reduce their dependence on China. Korea Institute of Industrial Economics and Trade, one of the influential think tanks in South Korea, published a report arguing the country should “reduce China dependence”.

China has picked up disputes with all of its neighbours, which are among its largest trading partners too.  The United States, Japan, South Korea, and Taiwan are the four of the largest trading partners of China with a combined trade volume of 1.4 trillion dollars- above one-third of China’s total trade. As these companies shut down factories in China and stop imports from the country, China’s export-dependent economy is set to collapse.

The Coronavirus pandemic is now set to prove the final nail in the coffin of globalization, especially the China-centric globalization. After the Coronavirus pandemic is over, the companies, as well as workers, would avoid any business with China, given the massive psychological resentment against the country due to the virus. At the same time, the governments would also incentivise the companies to relocate because they would want to fill up for the massive job losses due to the recession.

China’s rise in the last few decades was due to its manufacturing prowess, but with the rise in income (China has become a middle-income country with per capita GDP five times to that of India), labour is getting costlier and the companies are already looking to relocate. The Coronavirus-induced recession would give them a final push to either relocate to their own countries or other countries with cheaper labour, like India or Vietnam.

‘We can go sit in China’s lap anytime,’ Saudi Arabia has sent a subtle message to US

No more comrades? Russia is pretty angry at China and has issued a subtle warning to Beijing