East Turkestan government has reached out to India 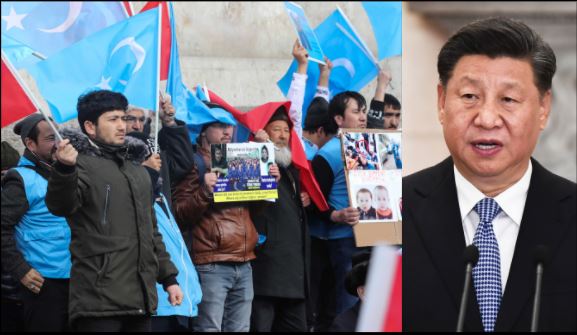 For the past several decades, Chinese occupation has become synonymous with Tibet. But outside the public glare, China has been occupying an independent country- East Turkestan, which is almost half the size of India since 1949. China administers the region as Xinjiang province and has been quelling all forms of dissent and separatist movements to re-establish an independent East Turkestan.

But now the region is crying for freedom and reaching out to the world, including India. Prime Minister Salih Hudayar of the East Turkestan government in exile in the US even greeted India on her 74th Independence Day. Hudayar urged Indians to cherish, defend and honour independence while elaborating how the people of East Turkestan have understood the significance of independence in all these years of occupation.

According to ANI, Salih said that decades of Chinese occupation and genocide has taught East Turkestan that “without independence there is no way to guarantee or ensure even our most basic human rights.”

The Prime Minister of the Turkestan government in exile added, “Many people might ask why Independence is so important. Independence means freedom from the control, influence and oppression of others. An independent nation has the power to elect, govern, and make its own laws and decisions freely. Having independence is the most essential thing for a country and its people to develop and prosper.”

Meanwhile, the East Turkistan National Awakening Movement (ETNAM) has also issued a statement noting how Chinese authorities have incarcerated 3 million Uyghurs, Kazakhs, Kyrgyz, Uzbeks, Tatars and other Turkic people in East Turkestan. In a bid to reach out to the democratic world, ETNAM also stated, “We call on governments across the world to support this effort. We call on member states of the International Court of Justice (ICJ) like Australia, Canada, France, India, Japan, US, UK and others to file a parallel complaint to the ICJ and work to hold China accountable.”

Salih’s remarks underscore the seriousness with which East Turkestan is fighting for its independence from China. The fact remains that Xinjiang (or East Turkestan) is an Uyghur-majority region. Uyghurs themselves are ethnically, linguistically and culturally Turkic Muslims and therefore diverse from the Han Chinese- the dominant race in the rest of China.

East Turkestan fell into Chinese occupation only in the 18th century when the Qing dynasty of the Manchu empire annexed it.

However, East Turkestan was never fully subdued by the Qing dynasty either. In fact, Xinjiang was briefly declared as an Independent East Turkestan State but was invaded by Communist China in 1949. The Chinese people themselves regard the Manchus as outsiders and barbarians but still stake claim on Xinjiang only because the Qing dynasty had once invaded it.

Today, China rules the territory with an iron hand, administering the policy of using a sledgehammer to crack a nut. China interprets the legitimate Uyghurs’ demand of an independent East Turkestan as ‘terrorism’, and has destroyed all Mosques and religious sites in the region.

Chinese excesses have picked up after the July 2009 Ürümqi riots following the murder of two Uyghurs in Southern China and police brutalities within Xinjiang that cracked down on peaceful demonstrators. As the confrontation escalated between the Uyghurs and the Han Chinese, Beijing decided to convert the entire Xinjiang province into an open-air jail with “re-education” camps and the highest level of surveillance.

Today, the region is the most surveilled part of the world with the Chinese Communist Party (CCP) officials entering the Uyghur houses in Xinjiang. While the husbands of Uyghur women are lodged at internment camps, they are ‘forced to share beds’ with Chinese officials.

Moreover, Chinese authorities are forcing a demographic genocide of the Uyghur population with reports of forced sterilisation and abortions amongst Uyghur women. Then there are also reports of Uyghurs being used as commodities to power China’s booming organ-sales industry and the use of most modern tech equipment to ensure cent percent surveillance of the Uyghur population.

The rising militancy and separatism in East Turkestan has been successfully quelled by China because the Central Asian Republics that are ethnically close to East Turkestan have failed to back it. Countries like Kazakhstan, Kyrgyzstan and Uzbekistan have deep economic ties with China, and are somewhat dependent on Beijing, which is why they shy away from supporting the Uyghur cause.

Moreover, Turkmenistan, that was supposed to play a major role in East Turkestan struggle due to its Trukic demographics, is itself a Communist authoritarian regime and therefore closer to Beijing in spite of being a former Soviet Republic. However, East Turkestan has now started looking out for new allies like the US and India. East Turkestan is trying to rope in India in its struggle because China claims Aksai Chin as a part of Xinjiang, and therefore militant struggle in the far western Chinese province can create a significant military advantage for India in Eastern Ladakh.

With all its diplomatic efforts to reach out to the leading democratic powers, East Turkestan is making a strong case for its independence. It is about time that the world relates to the Uyghurs’ movement for an independent state and come forward to help it.