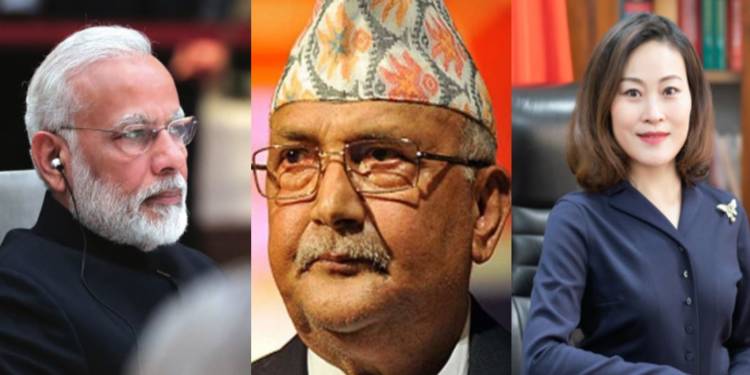 Amid the ongoing border tensions, Nepal’s Prime Minister KP Sharma Oli has given a go-ahead to a high-level meeting between Indian and Nepali officials to discuss the development projects funded by India in the Himalayan region of the country. Indian finances development projects worth millions of dollars in Nepal, and these projects are crucial for the welfare of the people of Nepal.

Therefore, Oil, who has been bitter towards India in the last few months, and made many nonsensical claims, allowed for a joint “oversight mechanism” launched in 2016 to review the bilateral development projects which are funded by India. The meeting would take place between Indian envoy Vinay Mohan Kwatra and Nepal’s foreign secretary Shanker Das Bairagi. This meeting is being seen as a step towards reconciliation between New Delhi and Kathmandu.

“The mechanism will only focus on the implementation of India-funded projects in Nepal. However, it could help break the logjam in relations,” said a person aware of the development as per the report by Hindustan Times.

A few months ago, the Communist Prime Minister of Nepal said all nasty things about India. Today, when it came to discussing funding for the development, the Prime Minister allowed a meeting between Indian envoy and Nepal’s foreign secretary, because the cash-strapped Oli government needs money to support the spending amid the Coronavirus crisis.

Previously, the Oli government had refused to the 500 million dollars grant by the United States at the behest of China. Washington had committed $500 million against a $130 million contribution from Nepal for a 400-kilovolt power transmission line and the upgradation of 300-kilometres of roads in the Southeastern part of the country.

But, when it came to the trade relations with India, the Nepal government begged India to import its tea and Palm oil. Modi government cancelled the permission to import over three lakh tonnes of refined palm oil from Nepal and Bangladesh as it was found that the two countries were misusing the South Asian Free Trade Agreement. According to the agreement, free trade is allowed only in the case when there is the production of the commodity in the economy of origin. However, Bangladesh and Nepal do not produce a single drop of palm oil and import entirely from Malaysia.

Nepal’s economy has taken a huge hit as about 2.93 lakh tonnes of palm oil was slated to be imported from the country while the rest 12,000 tonnes from Bangladesh which is now cancelled. This has resulted in Malaysia’s palm oil exports dwindling not just in India but also in Bangladesh and Nepal.

In 2019, Nepal had exported tea worth Rs 63 crore to India which is not a good sign for India as it has a far better version of tea with a Geographical Indication tag– the Darjeeling tea. India is now seeking ways to restrict the flow of Nepal tea as due to the abundance of Nepal tea which is often sold as Darjeeling tea despite its patent protection, saw the prices of Darjeeling tea drop by 20-25 per cent.

This shows that Nepal does not want to sever trade ties with India, and wants India’s development grants, too. The landlocked country depends on India for almost everything from food to fish to remittances. It is good that Oli is coming back to his senses and recognizing the important role of India in the development of the landlocked country.