Hilarious but True. Pakistan is trying to do a coup in Saudi, and it thinks it can really pull it off

The cat who sees a lion in the mirror 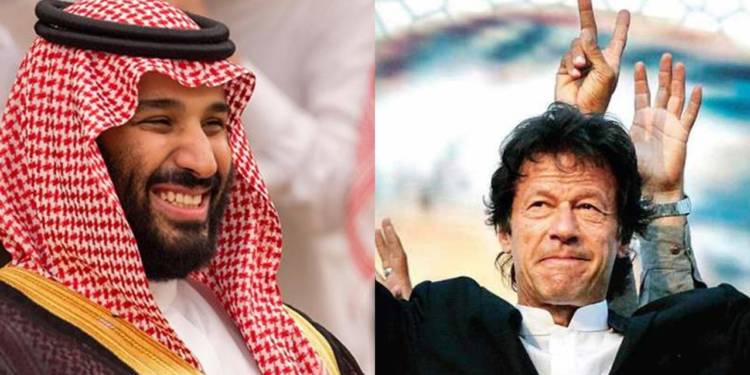 Credit where due, one’s got to appreciate Pakistan for making a mockery of itself on an everyday basis. After the brilliant decision of Pakistan Foreign Minister Shah Mehmood Qureshi to blackmail Saudi Arabia over its refusal to back Pakistan on Kashmir that too on live TV, Bajwa had to rush to Riyadh to placate the Saudis who had bailed out Pakistan from a certain economic disaster on multiple occasions. Bajwa was humiliated as Crown Prince Mohammed Bin Salman refused to meet him which has now prompted Pakistan to embark on a suicide mission to encourage a coup in Saudi Arabia.

As unbelievable and comical it may sound, Islamabad is actually harbouring the dreams of carrying out a coup in the Saudi Kingdom and prevent Crown Prince MBS to become the King. Such a foolish move will have serious repercussions for Pakistan as the relations between the once traditional allies have now officially returned to a point of no return.

The Saudi Kingdom is no different as it is also riddled with factionalism. The traditional Saudi system dictates that the succession passes among the sons of the Kingdom’s founder Abdulaziz Ibn Saud. However, King Abdullah changed the system in 2007 as he set up an Allegiance Council, a family forum with the authority to choose the crown prince and appoint the next king.

This didn’t go down well with the sons of Princess Hussa bin Ahmed Al Sudairi, one of the wives of King Ibn Saud. Hence, when Abdullah died in 2015, the Sudairi faction sacked Abdullah’s sons and dismissed court officials as the faction installed King Salman at the helm, with Mohammed Bin Salman being anointed as the Crown Prince in 2017.

It is now being reported that after being snubbed by MBS, Islamabad has opened diplomatic channels with the rivals of MBS in a desperate bid to stop him from assuming the reigns of Saudi Arabia when King Salman steps down.

Anyone who has followed Saudi Arabia in the past couple of years, realises that MBS has consolidate power in an unprecedented manner and is determined to fast track the Kingdom’s path to become a superpower. He has adopted a distinctly pro-West outlook, and has undertaken an ambitious PR strategy to present himself as a liberal leader as he is opening up Saudi both socially and economically.

However, the brutal assassination of journalist Jamal Khashoggi, an outspoken critic of the Kingdom further underlined the fact that MBS has zero tolerance for dissidents and those who pose a challenge to him and his reign. Pakistan by trying to bring out a coup in Saudi, has only embarked on a suicide mission which will have severe consequences for the rogue state.

It is pertinent to note that the anti-MBS faction has voiced their support for King Salman’s brother Prince Ahmed as it has urged him to lead the country. It is now being reported that Pakistan is now backing the Prince Ahmed faction in the royal family.

The Saudi Kingdom have already had enough with Imran Khan and Pakistan as the Kingdom has ordered Pakistan to payback the loans granted by Saudi ahead of its repayment period. Comically, China took a $1 billion loan from China to payback a part of Saudi loan with Qureshi claiming that Pakistan has repaid the loan ahead of the repayment period, to help the Saudi economy. Yes, Qureshi wants the world to believe that the Saudi Kingdom which has been bankrolling Pakistan since time immemorial, is now being helped out financially by Pakistan which would have certainly further enraged the Saudis. Pakistan has become an absolute mockery of a nation.

As Pakistan has been asked to payback another $1 billion to the Saudis, Qureshi has jetted off to China with a begging bowl so that Pakistan can repay the Saudis through Chinese loans. During the much publicised visit of MBS to Pakistan, Imran Khan who had personally chauffeured MBS, with Khan also claiming that MBS can win the general elections in Pakistan, such is his popularity. The same Imran Khan has now embarked on a suicide mission to orchestrate a coup against MBS in Saudi Arabia, the consequences of which will be dearly paid by the people of Pakistan.