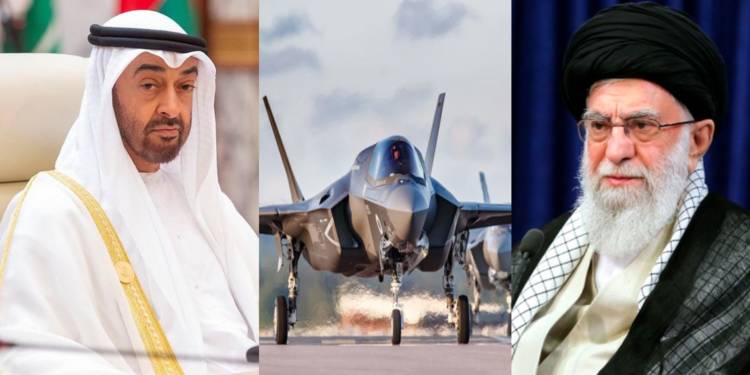 Tensions are escalating between the United Arab Emirates and Iran all over again. As per the latest reports, Iran has said, “On Monday, an Emirati ship was seized by the border guards of Iran and its crew were detained due to illegal traffic in our country’s waters.” Iran has also alleged that the UAE Coastguard killed two Iranian fishermen on the same day when the Emirati ship was seized.

This latest incident comes in the larger backdrop of heightened tensions between the UAE and Iran over the “full normalisation of relations” between Israel and the UAE last week. While every anti-Israel Islamist regime was taken aback by the historic peace deal between Tel Aviv and Abu Dhabi, Iran was the one that had issued some serious threats.

The Iranian President Hassan Rouhani had remarked that the UAE committed a “huge mistake” by reaching a deal with Israel. Without elaborating, Rouhani said, “They better be mindful. They have committed a huge mistake, a treacherous act. We hope they will realise this and abandon this wrong path.” A more serious threat however came from Kayhan, an Iranian hard-line daily that serves as a mouthpiece for the Iranian Supreme Leader Ayatollah Ali Khamenei.

Kayhan stated, “The UAE’s great betrayal of the Palestinian people … will turn this small, rich country, which is heavily dependent on security, into a legitimate and easy target.”

The UAE itself has been taking Iranian threats very seriously. Abu Dhabi had viewed Rouhani’s remarks as “threats” and had summoned Iran’s charge d’affaires in Abu Dhabi to protest what the UAE described as “unacceptable and inflammatory” rhetoric. The UAE has also said that Rouhani’s remarks “had serious implications for security and stability in the Gulf region”.

For the UAE, Iran has been a longtime regional security threat and the country had also recently witnessed a series of incidents in its vicinity when tensions rose between the US and Iran. In fact, last month three Iranian missiles reportedly landed near the Al-Dhafra Air Base in the United Arab Emirates (UAE) where India’s five Rafale fighter aircraft were stationed en route IAF airbase at Ambala.

Nahyan had reportedly told US officials that Israel might strike first if Tehran doesn’t contain its Nuclear programme. The Crown Prince believes that if Israel does strike Iran, then Tehran could end up targeting the UAE in a regional war that would ensue.

Meanwhile, the UAE is looking to secure its own interests by buying the American F-35 fighter aircraft. While Israel opposes any such deal despite the normalisation of ties with the UAE in order to maintain its military edge, it is largely accepted that the UAE’s purchase of F-35 jets is aimed at its close and hostile neighbour, Iran and not Isreal. The UAE has no option but to secure itself from Iran because it is separated from Iran only by the narrow Strait of Hormuz.

As such the UAE will be the easiest target for Iran if the Middle East gets engulfed in tensions. Moreover, Iran seems to have got triggered already with the UAE-Israel peace deal. Tehran’s influence in West Asia is largely dependent upon the Palestinian cause, but the Emirati-Israel peace deal promises to sideline Palestine. Tehran is, therefore, trying to show its muscle against the Emirates that could ultimately push West Asia into an intense war with the UAE, Saudi Arabia and Israel on one side and Iran on the other.