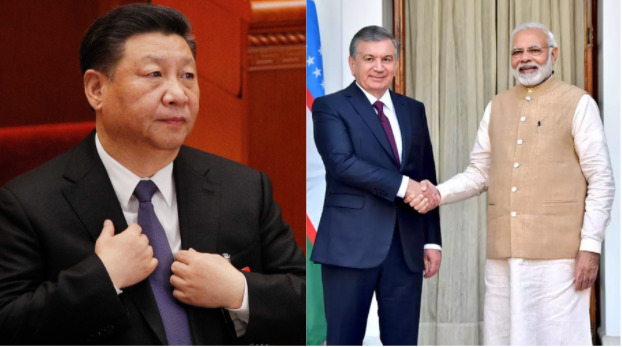 Central Asia continues to remain an enigma for the rest of the world to crack. The region might be landlocked, however, it is extremely rich when it comes to natural resources especially uranium. While Russia continues to enjoy a sphere of influence in the region, considering the fact that the Central Asian countries were a part of the erstwhile Soviet Union, its influence is rapidly decreasing owing to US sanctions and increasing Chinese investment due to the Belt and Road Initiative.

The Central Asian countries are falling into a debt trap and are crying out for help, but perplexingly, the Western countries and Europe are yet to crack the code in Central Asia. India has taken it upon itself to counter the growing Chinese influence as it plans mini-trade deal and a corona-free air bubble with Uzbekistan.

India has been deprived of direct connectivity with the Central Asian countries as Pakistan perhaps at the behest of China, refuses to allow the travel of Indian goods bound for Central Asia through its territory. India has managed to come up with an alternative as it is developing the Chabahar port in Iran, where it is planned that the railway connectivity will be extended to Central Asia.

India’s Shahid Beheshti port in Chabahar in Iran is expected to be a gamechanger by being India’s gateway to Central Asia. Russia has also evinced interest in this port project in the past and therefore New Delhi can help Moscow regain its receding political and economic influence in the region.

Prime Minister Narendra Modi became the first Indian head of state to visit all the five Central Asian countries and since then, India’s clout in the region has been on the upswing. In 2018, Uzbekistan offered India special incentives and zones for its businesses and also expanded defence and counter-terror partnership. This is significant as Uzbekistan is the biggest military power in the region.

In 2016, India also held its first joint military exercise with Kazakhstan and has been held annually under the banner of KAZIND.

Such are the stringent conditions of the Chinese loans that only Kazakhstan, Turkmenistan and Uzbekistan have managed to stay afloat and sustain the Chinese debt, thanks to exports of hydrocarbons and uranium. The scenario is grim for less-resource rich countries like Tajikistan and Kyrgyzstan as they owe China a whopping US$ 1.38 billion US$ 4 billion in loans, respectively.

Worryingly, both Tajikistan and Kyrgyzstan have clauses in their agreements with China to hand over greater control over the assets to the dragon in the case of a default in payment which has already resulted in China usurping a lucrative Kyrgyzstan gold mine.

This has resulted in the Central Asian countries pinning their hopes on India and the Chabahar port. In a significant move, the Central Asian countries have admitted India into the Ashgabat Agreement, which mandates India to use the existing land connectivity networks to facilitate trade and commercial interactions with both Central Asia and Eurasia. Importantly, it also allows India to use the natural resources of the region.

India is helping the Central Asian countries to get out of the Chinese debt-trap by importing uranium from these countries. In 2015, India and Kazakhstan signed a new agreement for the purchase of 5000 tonnes of Kazakh Uranium until the end of 2019. Kazakhstan is now planning to increase its supplies to India upto 7500-10000 tonnes, as both the countries are now engaged in discussions for a renewed agreement. India has also signed a similar deal with Uzbekistan for uranium.

India is already working on creating an air bubble network to Russia and Central Asia to ensure trade takes place amidst the pandemic. India and Uzbekistan are also on the verge of signing a Preferential Trade Agreement with India extending a $200 million of Line of Credit to Uzbekistan.

India is being viewed as the antidote to Chinese expansionism and debt-trap diplomacy by the Central Asian countries with India acting as a responsible and stable partner.

Middle Eastern Caravan of Trump: His predecessors ravaged the land. He is restoring it