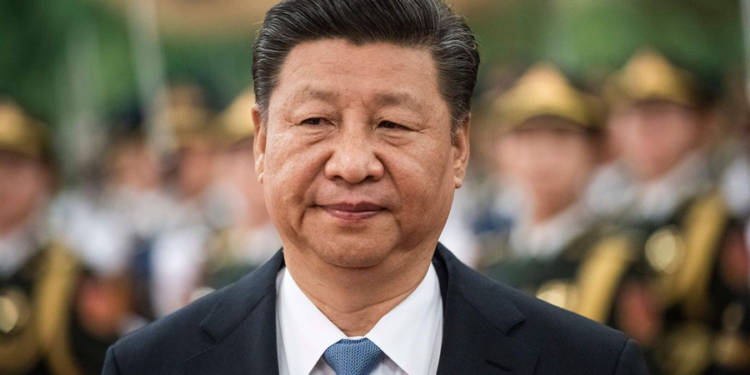 China is having a major nervous breakdown as the American diplomatic offensive has now reached Beijing’s strategic backyard, viz. the Association of Southeast Asian Nations (ASEAN). Till now, China had managed to keep the ASEAN on its side. While the entire world is putting restrictions on Chinese trade this year, ASEAN has become the largest trading partner of China by overtaking the United States and the European Union.

But it seems that the US decoupling from China is gradually reaching ASEAN too. With the help of its QUAD allies- India, Australia and Japan, Washington is weaponizing illegitimate Chinese hegemony in two water bodies, the South China Sea and the Mekong river to bring ASEAN on its side. A seemingly rattled China has now started watering down its offensive position in both the Mekong River and the South China Sea.

In the South China Sea, the Trump administration has been strategically deploying its military assets breathing down China’s neck. The US deployments in the disputed waterways have bolstered the ASEAN’s bargaining position, which has also started speaking up against the Chinese bullying. And the tipping point came with the US Secretary of State, Mike Pompeo announcing a new, tough American position in the contested waterways.

China has come to realise that its constant bullying of countries like Vietnam, Malaysia, Brunei, and Indonesia in the South China Sea will invite more and more outrage, and ultimately, they will choose the US over Beijing. Therefore, China took an unprecedented decision in early August- it called up the diplomats from the ten ASEAN members in early August and asked for a Code of Conduct (COC) in the South China Sea.

While the ASEAN countries have been looking to formally lay down the rules of engagement in the South China Sea since 1996, China has been reluctant to do so. It has rather chosen to terrorise other stakeholders, disturb the status quo and stake claim into the Continental shelves of its maritime neighbours. But now that the US is ready to cut China to size, Chinese diplomats are looking for a legally binding COC in the maritime region.

ASEAN diplomats themselves feel that China is showing more willingness to discuss means for resolving issues in the South China Sea, a departure from Beijing’s general reluctance to move towards a final solution.

Similarly, the US and Japan have also weaponised the Chinese unilateralism in the Mekong river against Beijing. The Mekong River, known as the Lancang River in China, serves as the lifeline of 70 million people in the Lower Mekong Basin (LMB) countries- Laos, Vietnam, Cambodia and Thailand. The Mekong is significant not only for its waters but also because it sustains the fisheries and rice cultivation in LMB countries. The dry Mekong means starvation for these Southeast Asian countries.

But of late, the Mekong has been drying up. At fault are China’s eleven monstrous dams constructed on the mighty Mekong River that can hold a combined water capacity of more than 47 billion cubic metres. Now, the US has started hitting out at China over this issue.

Recently, the US Ambassador to Cambodia Patrick Murphy launched a stinging attack at China, he said, “To learn that a primary source for the diminished level of the Mekong, and changes in the Mekong in the Lower Mekong region, is what’s happening upstream in China – with essentially the hoarding of water.”

The US has also been attacking China for diluting the Mekong River Commission (MRC) by establishing a parallel body called the Lancang Mekong Cooperation group (LMC). The US keeps telling the Lower Mekong Basin (LMB) countries in Southeast Asia about how China is robbing them of their water, fish and grain. The Mekong can become a new China-ASEAN flashpoint.

China has been rattled by the American diplomatic offensive in the Mekong. Recently, the Chinese Premier Li Keqiang attended the third Lancang-Mekong Cooperation (LMC) leaders’ meeting through video conferencing. As per Chinese State media, Li promised priority COVID-19 vaccines to the LMB countries.

There are two issues here- one, China hasn’t found a vaccine and given its dubious vaccine industry, it is unlikely that Beijing will find one, and two, a vaccine cannot be a substitute for food and water that China is stealing from the Mekong countries. Anyway, Beijing is trying to buy the silence of LMB countries with its vaccine diplomacy.

The US-China rivalry has therefore reached the ASEAN. And Washington is not alone here, as it is increasingly banking on the QUAD.

The Australian Navy, for example, has been ganging up with the US Navy in the South China Sea during the freedom of navigation exercises. Japan too has been moving its manufacturing companies away from China to Vietnam and other ASEAN countries in a bid to brutally kick China out of the supply chains. Moreover, as it is the Southeast Asian nations rely upon India for augmenting their political heft in the Indo-Pacific.

China’s worst fears are coming true, as the US and its allies are pulling ASEAN away from it.