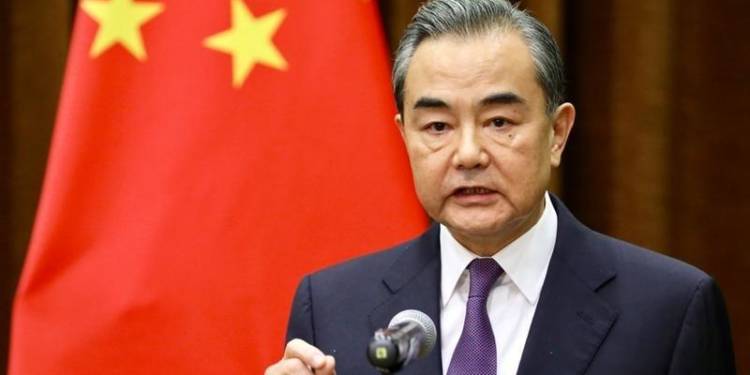 What do you do when your country is facing a worldwide diplomatic assault? You start a damage control from that part of the world that has been the easiest on you. China’s top diplomat- Foreign Minister Wang Yi, therefore, decided to start with four European Union (EU) countries- Italy, the Netherlands, France and Germany, apart from a fifth European country- Norway. The choice was natural- EU has been soft on China when compared to other US allies.

The ongoing Europe trip is Yi’s first overseas expedition after the Coronavirus Pandemic. Yi wanted to discuss trade and reshaping supply chains on his visit. He wanted to reverse the US-led trend of decoupling from China. But, it seems that the trip is fast turning out to be a human rights probe, to be precise with Uyghur concentration camps in Xijiang and Hong Kong being on the top of the agenda of the countries hosting Wang Yi.

It all started with Yi’s visit to Italy- the most Beijing-friendly of the five European countries that Yi is visiting and the only one among them to participate in Chinese President Xi Jinping’s flagship Belt and Road Initiative (BRI).

Yi was taken aback as exiled Hong Kong pro-democracy activist Nathan Law reached Rome and called upon the Italian Foreign Ministry to raise concerns about the former British colony’s “annihilated status” owing to the draconian National Security Law that has been brutally enforced by the Chinese Communist Party (CCP).

The Italian Foreign Minister Luigi Di Maio himself was somewhat critical of China’s latest moves in Hong Kong that have violated the 1984 Sino-British joint declaration. Casting doubts on the Hong Kong city’s ability to maintain fundamental freedoms and liberties, Maio told reporters that Rome would continue to monitor the situation after the enforcement of the National Security Law.

Wang Yi was seen as getting uncomfortable and defensive. He tried defending the National Security Law in Hong shabbily by arguing that it was necessary to curb what the Chinese Communist Party calls seditious activities.

If Italy was an embarrassment, a major faux pas awaits Wang Yi in the Netherlands. To be fair, Amsterdam has been never as friendly towards Beijing as Rome. In fact, the Netherlands was the first country in the European Union to release a China strategy paper in 2019.

On his Netherlands visit, Yi is expected to persuade Amsterdam to renew an export license for the production of critical chip-making technology to Beijing that is currently in the doldrums due to American pressure.

But the Netherlands wants to discuss something else, as a group of Dutch lawmakers are reportedly planning to invoke a rare rule to “invite” Wang as a visiting foreign representative to a meeting with the Dutch legislature’s Foreign Affairs Committee. The Dutch Committee would discuss what Communist China hates- human rights, including the violations in Hong Kong and Xinjiang.

Wang now has two choices- either he can reject the invitation, but, in that case he would come out looking like a coward and implying that China is afraid of discussing its unimpressive human rights record or he can subject himself to the awful grilling that he might have to face. In either case, it is Beijing which stands to get deeply embarrassed amidst its first attempt to gain some global goodwill.

And this is just the beginning. Wang Yi still has to visit France, Norway and Germany. While German Chancellor, Angela Merkel who is also the de facto EU leader, has been silencing the criticism of China within the Brussels-based organisation, Yi might not have an easy time in Germany this time around. Germany does make statements that are at least mildly critical of Chinese human rights violations and Yi will therefore not have an easy way out.

The biggest challenge for Yi, however, will come to France, because French President Emmanuel Macron doesn’t have a very good perception of China. Last year, he had said, “The time of European naiveté towards China is over,” suggesting that Paris would toughen its stance against Beijing.

Moreover, Lately, France has been engaged in a diplomatic spat with China over the latter’s political interference and wolf-warrior diplomacy. After the Galwan Valley bloodbath also, France had strongly stood behind India while snubbing China. Therefore, Yi might face some tough questioning on human rights when he visits France.

Similarly, Norway has been confronting China on both Hong Kong and Xinjiang. Oslo even joined the 26 countries that challenged the imposition of National Security Law in Hong Kong by Chinese authorities earlier this year. Norwegian Foreign Minister Ine Eriksen Søreide had said, “We urged authorities in China and Hong Kong to reconsider putting the new security law into effect,”

Søreide had also said that the Norwegian government was “extremely concerned about the human rights situation for the Uighurs and other minorities in Xinjiang (western China).”

Wang Yi’s single-point agenda during his Europe visit was to desist the EU from getting involved in what Beijing calls the ‘new Cold War’ between the US and China, especially after Beijing got rattled by the US Secretary of State Mike Pompeo’s Europe visit. But Europe has chosen to question Yi on human rights issues instead. This is by far the biggest diplomatic embarrassment that China faced in recent memory and the Chinese Foreign Minister is at the centre of it.