‘We will not buy oil from Chinese companies,’ After barring Chinese ships, India stops all oil purchase from China 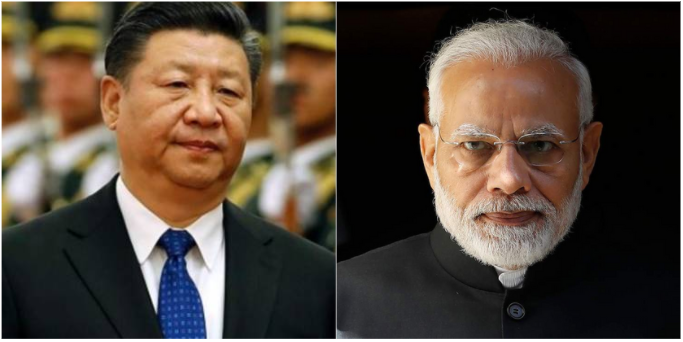 New Delhi will not stop punishing China for its misdeeds. Having already caused severe damage to Beijing’s technological sector by targeting some of the biggest Chinese tech giants and apps, India is now looking to punish China in the oil sector also. India is not only banishing Chinese imports but also telling the world that it wouldn’t deal with anything that has a China link.

As per a latest Reuters report, Indian State refiners have stopped buying crude oil from the Chinese companies. Now, India is not only going to cause heavy losses to the Chinese oil companies, but also creating far-reaching repercussions when it comes to the equity stakes of Chinese companies in oilfields around the world.

India is, therefore, weaponizing its status as the world’s third-largest oil consumer and importer. Moreover, the Indian oil refining sector is dominated by state-owned companies- Indian Oil, Bharat Petroleum and Hindustan Petroleum- in refining as well as distribution. 60 per cent of India’s 5 million barrel-per-day refining capacity is dominated by the State-owned companies and now they are being used as a strategic tool to punish China.

The latest move to kick China out of India’s oil supply chains comes after New Delhi’s recent issue of a regulation to restrict imports from countries that it shares a border within a clear bid to hurt China. The regulation was passed just over a week after the Galwan Valley bloodbath between the Indian Army and the Chinese People’s Liberation Army (PLA).

Reuters claims that since the regulation to restrict imports from countries sharing land borders with India came into effect, the Indian State refiners have been inserting a clause in their import tenders regarding India’s land neighbours.

The Chinese companies being targeted here are CNOOC Ltd, Unipec, PetroChina and China Aviation Oil (Singapore) as sources told Reuters that the Indian State refiners have stopped transacting with them for fuel imports and have also stopped chartering Chinese tankers of oil imports.

The move to stop issuing crude import tenders hurts Chinese companies, because while China is itself an oil importer, its companies are major crude oil traders on a worldwide scale. These Chinese State-owned oil companies hold equity stakes in many oilfields across the world including in the Middle East, Africa and the Americas. They regularly submit competitive bids in crude oil import tenders invited by Indian State refiners.

But the repercussions could be bigger and far-reaching. Ultimately, India’s message is not only to China but also to oil-rich countries around the world that if they are going to transact with Chinese companies, then they can as well forgo the Indian market. New Delhi is compelling these countries to make a choice and keep the Chinese companies at bay if they want to sell their crude oil to India.

This may seem like a small move, but India has actually weaponized its influence in a strategic sector and now threatens to upset China’s business advances into several oil-rich countries around the world. This isn’t just about limiting Chinese imports to India, but also a question of Beijing’s ambitions to gain influence on critical oilfields in distant parts of the world.

The message from New Delhi is loud and clear- disengagement has not happened in Eastern Ladakh, and as long as the status quo ante isn’t restored and Chinese PLA troops do not withdraw to their original positions, New Delhi would continue to punish Beijing. Every time China thinks that India is done punishing it economically, the Modi government comes up with a new option to punish China.

India is turning the tables on China by progressively reducing imports dependence on the Communist nation. The Eastern Ladakh offensive is thus turning out to be a very costly affair for China- far more exorbitant than what it could have imagined.

China’s ambitious BRI project is now a top target of US, Australia and India. And they look all set to destroy it