After eliminating Hindus, Sikhs, Buddhists and Christians, Pakistan is wiping out Shias in PoJK and Gilgit-Baltistan 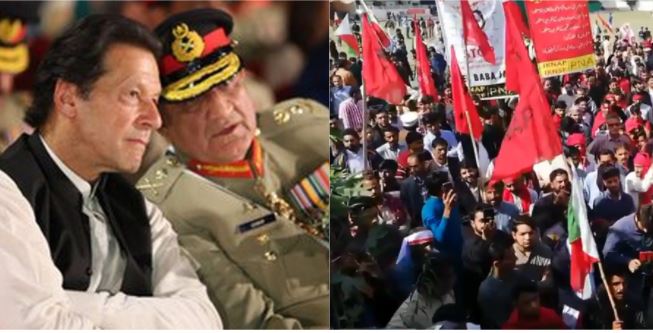 Pakistan and religious persecution is one sordid tale that has been unfurling in the terrorist state, ever since its inception. In the last one decade, after almost eliminating Hindus, Sikhs and Christians, the highly radicalized regime of Pakistan is now going after the Shias in an attempt to wipe them out and change the demography of the region.

According to a Zee News report, the Shia population is dwindling at an alarming pace in Pakistan occupied Jammu & Kashmir (PoJK) and Gilgit-Baltistan (G-B). The speed of genocide has been expedited by the Pakistani Army and Punjabi elites who are settling pre-dominantly in the PoJK and G-B region to essentially cull the Shias.

And it doesn’t stop here, the introduction of the China-Pakistan Economic Corridor (CPEC) has allowed the Chinese workers and army men to settle down in the aforementioned areas, much like the Xinjiang province in mainland China where CCP members forcibly enter Uyghur homes, rape Uyghur women and force them to carry upon their name.

A report titled “Human Lives Matter: A Comparative Study and Analysis of Human Development and Human Rights in J&K and PoJK/G-B” by Law and Society Alliance, shows the status of human development and human rights conditions in Jammu and Kashmir (J&K) and PoJK and Gilgit-Baltistan(G-B).

The report states that a mere comparison of the annual budget allocations is enough to point out that budget allocated in the areas of health and education by Indian government in J&K is multiple times to that of in PoJK.

Post the abrogation-bifurcation move, there has been a significant increase in the budget of J&K and the amount allocated by the Central Government for the region. Several investors have made promising announcements and normalcy is returning to the region.

A striking finding of the report is that the population of Muslims in J&K over the past five decades–between the census of 1961 and 2011- was identical, highlighting that no demographic change has taken place till date in Jammu and Kashmir. However in PoJK and G-B, ethnic cleansing of Shias was taking place.

None of the languages spoken by the locales of PoJK and G-B is recognised by Pakistan and Urdu, spoken by the Punjabi elites is imposed on them. Contrarily, India has recognised three predominant Kashmiri languages – Kashmiri, Dogri, and Urdu under its Constitution.

Through the Anti-Terrorism Act, involuntary disappearances, blasphemy laws, and other national security provisions, the Pakistani army and the ISI are curbing dissent in PoJK and G-B.

Reported recently by TFI, a 47-year-old Tahir Ahmed Naseem, a member of the minority Ahmadiya community, on trial for a blasphemy case was shot dead in broad daylight in a Pakistani Court in Peshawar. His death was lauded and the shooter was given a hero’s applause by the fanatics of the Pakistan legal system.

The sorry state of affairs in Pakistan can be gauged from the fact that even a leader of Pakistan Muslim League-Nawaz was also accused under the Blasphemy law for stating that ‘no religion is superior to the other’. Even after such incidents a minion of Pakistani Army and ISI, Mr. Imran Khan has the audacity to lecture India on religious tolerance.