China gives up on its global ambitions, as Xi Jinping accepts his pet project BRI is dead 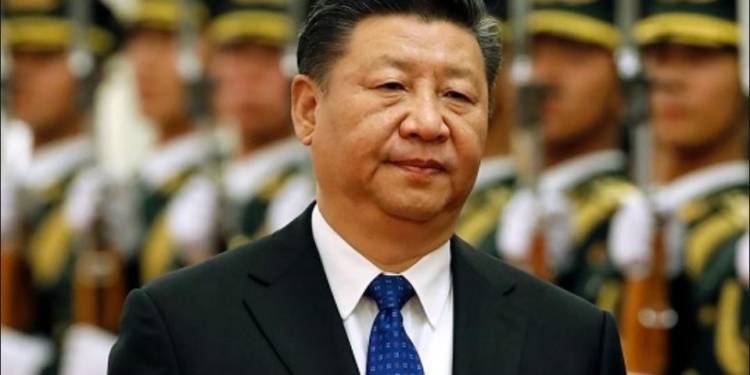 China is being compelled to give up its superpower ambitions. As per a latest Indian Express op-ed, China has reportedly given a cold shoulder to its frontline foreign policy program- the Belt and Road Initiative (BRI), a one trillion US dollars project which is touted as China’s own Marshall Plan. As China is being brutally decoupled by the US and the rest of the democratic world, it is being forced to look inwards and the BRI is no exception.

China’s leading policy banks like Exim bank have stopped lending for the BRI projects. Also, the difficulties and delays plaguing the overseas BRI infrastructure projects in other parts have forced the gigantic Chinese infrastructure companies to look inwards. Earlier this year, it was reported that local governments in China are expected to issue so-called special bonds to the tune of 565 billion dollars for developing infrastructure- rail, roads and airports, across the country.

The fact that the BRI doesn’t form the core of Beijing’s strategic calculus any longer is also clear from the fact that the trans-boundary infrastructure development initiative doesn’t find much mention in Xi Jinping’s latest “dual circulation” plans.

Through “dual circulation” China wants to tackle the headwinds that it is facing from the erstwhile trade partners around the world. As described by a CCP Politburo meeting dated May 14, “dual circulation” would “fully bring out the advantage of its super-large market scale and the potential of domestic demand to establish a new development pattern featuring domestic and international dual circulations that complement each other”.

While Xi Jinping continues to claim that China isn’t going inwards with “dual circulation”, it is becoming clearer that Beijing no longer has the teeth to push internationalisation of its corporate giants. And infrastructure companies are no exception, because the BRI is facing setbacks no less severe than China’s exports industry.

Chinese President Xi Jinping’s Belt and Road Initiative (BRI) had given rise to some of the biggest infrastructure giants like the China Communications Construction Company (CCCC). Today, these companies have subsidiaries, branches, research institutions and service hubs across all parts of the world including Europe, the Americas, Africa, South and Southeast Asia and the Middle East.

Till not very long ago, these companies were also handling projects worth billions of US dollars in all parts of the world with the ultimate aim of creating debt traps and causing soft colonialism. But now they are losing their skin in the game.

The BRI is being held back due to a number of factors, including the global slowdown triggered by the Pandemic of China’s own making, Chinese belligerence, aggression in the South China Sea and anti-Africa racism.

The BRI has two main markets- Southeast Asia where the real value of the BRI projects is estimated to be as high as 739 billion US dollars and Africa. In both these regions, China is having some major geopolitical conflicts and diplomatic fallouts. Africa which is itself passing through an economic crisis due to the COVID-19 outbreak is now asking for deferment of loan repayments and conversion of loans into grants, thereby making the BRI more of a liability for China itself.

On the other hand, the ASEAN has understood that China is a strategic threat due to the ongoing military tensions in the South China Sea. Some of the biggest BRI partners in the region like Indonesia and Myanmar are now pulling out of BRI projects, having realised that the BRI brings along debt troubles and long-term diplomatic assaults.

Moreover, the Trump administration recently sanctioned certain subsidiaries of the CCCC, a Chinese State-owned company involved in BRI projects and also the militarisation of the South China Sea. Southeast Asia has therefore come to realise the fault-lines in China’s BRI ambitions and South China Sea aggression that will ultimately compel them to draw a safe distance from the Chinese infrastructure development initiative.

China is therefore unwillingly looking to splurge 565 billion US dollars on domestic infrastructure projects. As the BRI worth one trillion US dollars falls apart, Xi Jinping will have to create space within China for accommodating state-owned enterprises who are being kicked out from different parts of the world.

The downfall of the BRI is actually the biggest strategic setback for China ever since the US, India and other such countries started decoupling from China. As the BRI falls apart, Xi Jinping would feel compelled to give up his ambitions for Chinese domination of the existing world order and with the “dual circulation” initiative, the process of giving up on global ambitions might have already started.

Taiwan doesn’t want to antagonise Japan, it wants to use Senkaku Islands for recognition