Afghanistan is ready to settle scores with Pakistan 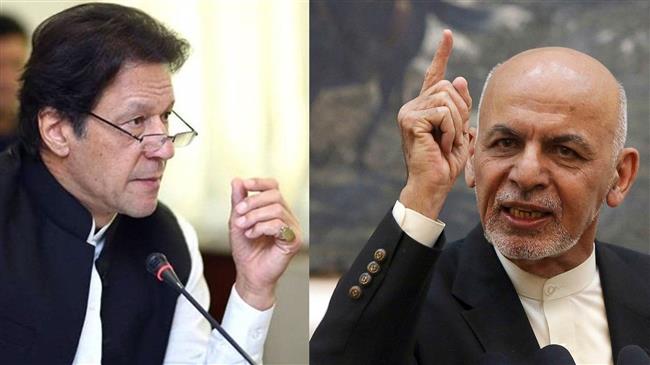 While China engages with India along the LAC and continues to get a drubbing, its sidekick, and a perennial lackey, Pakistan continues to violate ceasefire along the LoC in an attempt to divert India’s attention, apparently at the behest of China itself. According to a Hindustan Times report, Pakistani troops opened heavy fire in the Mankote sector of Poonch district, south of Pir Panjal range, on Friday.

While Pakistan continues to obey its master China, an interesting sub-plot is emerging in the subcontinent where the terrorist state of Pakistan is getting a heavy beating from its neighbor Afghanistan. In recent months, Afghanistan has mounted a spirited yet aggressive offense against Pakistan on several fronts which prove that Kabul wants to give it back to Islamabad.

Reported by TFI, Afghanistan has now brought up the contentious Durand Line in front of Pakistan. The Afghan Vice President, Amrullah Saleh reminded Pakistan about how Peshawar used to be the winter capital of Afghanistan, thereby putting Islamabad in a tight spot.

“It is an issue which needs discussions & resolution. Expecting us to gift it for free is un-realistic. Peshawar used to be the winter capital of Afghanistan.” said Amrullah Saleh.

The Durand line which was drawn in 1893, between then British-ruled India and Afghanistan’s Amir Abdur Rahman Khan as an attempt to consolidate British control over the northern territories, remains largely unrecognized in Afghanistan as no Afghan government has recognized the legitimacy of the Durand Line, which till date remains largely unpoliced.

In 2017, former Afghan President Hamid Karzai claimed that Afghanistan will “never recognize” the Durand Line as the international border between the two countries.

Due to the Durand Line, relations between Pakistan and Afghanistan have remained tense as both the countries have failed to solve their border dispute. While Pak continues to beat the drums that the Durand Line is a legitimate border, Afghanistan claims a significant portion of the Pashtun speaking Khyber Pakhtunkhwa and Balochistan provinces.

Last month after Pakistan killed nine Afghani civilians and injured 50 others during an overnight artillery attack in the Spin Boldak district of the Kandahar province on the Afghanistan border with Pakistan—the Afghanistan government infuriated by Islamabad’s action had issued orders to its troops to be ready to return the favour to its neighboring country for inflicting heavy casualty on the commoners.

According to a report in TOI, the Afghan Army Chief of Staff General Yasin Zia had then directed all Army corps, including Atal 205, Selab 201 and Thunder 203 to get ready for activities against Pakistani forces. He had also demanded to equip Afghan troops who were stationed along the Durand Line to be ready for any eventuality.

The fact remains that Pakistan never enjoyed strong relations with the civilian government of Afghanistan. Islamabad was betting heavily on the dominance of the Afghan Taliban over the Ashraf Ghani administration to exercise influence in Kabul. Pakistan was using the ISI and Lashkar-e-Taiba to maintain deep ties with the Afghan Taliban and attack Indian interests in the war-torn country.

Meanwhile, India has only grown in stature in Afghanistan and has become a key stakeholder. New Delhi has already spent around USD 2 billion in the reconstruction of the war-ravaged country. Afghanistan turning against Pakistan can be termed a victory of Indian foreign policy as New Delhi has been working meticulously to get Kabul in its corner over the last one decade.

Kabul now recognizes that Pakistan cannot be the anchor of its post-U.S. exit foreign policies and therefore has turned to India to provide the much-needed cushion during the turbulent times to come.

Pakistan is fast losing its grip that it once used to enjoy on Afghanistan during the Soviet invasion of the country which led to the blossoming of US-Pakistan relations. Both the Afghanistan Taliban and the civilian government have now turned against Pakistan with the later being kicked out of Afghanistan for good. The aforementioned activities sure give out a signal that Kabul, just like New Delhi, has had just about enough of Pakistan’s vile antics.