In your face European Union! UK signs a bigger and better post-Brexit trade deal with Japan 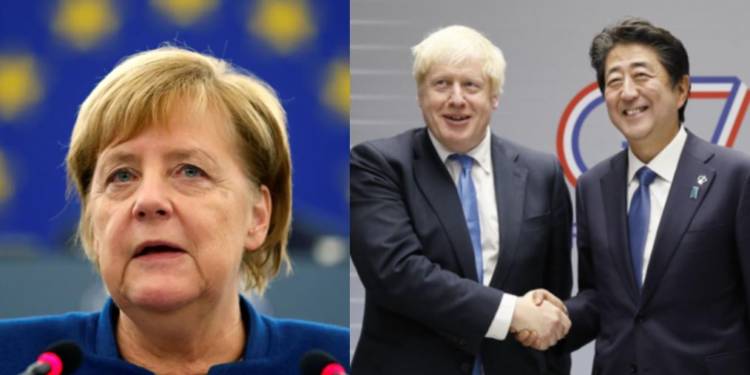 Since the exit from the European Union, the United Kingdom government under Boris Johnson is on a spree to bag free trade deals (FTA) from countries around the world. While the trade talks are underway from many countries including India, the government has succeeded in signing a deal with Japan. This is the first trade deal of the UK after Brexit- the country used to trade as part of the EU earlier- and International Trade secretary Liz Truss called it a “historic moment”.

Under the deal, 99 per cent of the UK’s exports to Japan will be tariff-free and vice versa. The deal is expected to boost the UK’s GDP by 0.07 per cent and make it a major trading partner of the Pacific nation.  “The agreement we have negotiated – in record time and in challenging circumstances – goes far beyond the existing EU deal, as it secures new wins for British businesses in our great manufacturing, food and drink, and tech industries,” Truss said.

“From our automotive workers in Wales to our shoemakers in the North of England, this deal will help build back better as we create new opportunities for people throughout the whole of the UK and help level up our country,” she added.

Britain was trying to bag a deal with the countries with which the EU does not have an existing trade agreement- Brussels and Tokyo signed a deal in 2018 but it is far from being an FTA and not comprehensive- to take first mover’s advantage. The industrial bodies were also pushing the government to go for trade deals with countries like the US, India, and Japan. “There is a critical need for the UK to secure free trade agreements, starting with our biggest trading partner, the EU, but also with other key global markets, including the U.S., Japan and Turkey,” Mike Hawes, chief executive of the Society of Motor Manufacturers and Traders, had said.

Moreover, the UK-Japan FTA will force the Boris Johnson government to open the economy and end the state subsidies to various industries which will smoothen the process of negotiation with the countries like India and the United States.

This deal also makes it clear that the UK does not want a deal with the EU as the Johnson government agreed to give up on subsidies to some sectors in the Japan-UK FTA. UK while had not agreed for the same in the negotiation of FTA with the EU-UK trade deal.

George Peretz, a barrister at the Monckton legal chambers in London, said: “The provisions on state aid in the EU-Japan FTA create some quite hard-edged commitments not to provide open-ended government support to companies. If the UK-Japan FTA replicates those provisions, the UK will need to legislate to ensure that British public bodies do not contravene them. That could well compromise the UK’s negotiating position with the EU, where it has not offered anything like that level of commitment.”

Having an FTA with markets that are unexplored or underexplored by British businesses, like India, Australia, New Zealand, Canada and the United States, would provide new markets and investment destinations to British businesses.

The United Kingdom and United States free trade deal, which will be one of the largest in the world, given the fact that the total trade between both countries is more than 200 billion dollars, is in near conclusion in its negotiations and is expected to be announced before the American Presidential election in November this year.

Erdoğan retreats in shame after France, EU and USA come together to back Greece up