Nepal wants Dehradun and Nainital from India. It is shocking that they haven’t claimed Delhi and Mumbai yet 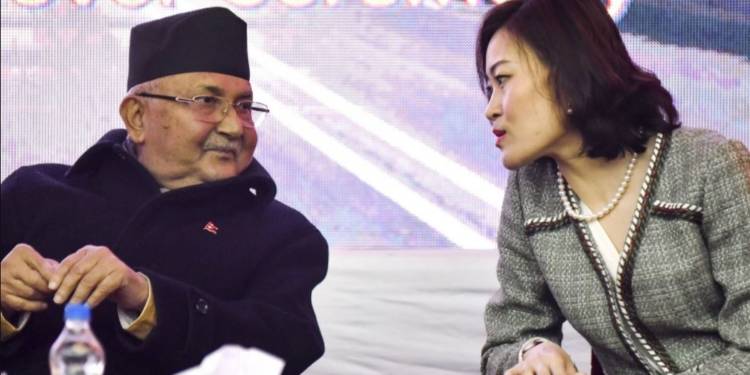 In a major relief to India, Nepal Prime Minister KP Sharma Oli in his ‘Greater Nepal’ campaign has only staked claim on Indian cities of Dehradun and Nainital. The Indian government is planning to award Bharat Ratna to Oli as the latter displayed a tremendous amount of magnanimity to spare Delhi and Mumbai. Oli’s decision to not stake claim on India’s political and financial capital, has been well received across the world with talks of proclaiming Oli as the undisputed leader of the free world already gathering pace.

Despite the fact that KP Sharma Oli is the world’s most powerful leader, he has shown tremendous restraint in not staking claim on Delhi and Mumbai. We all know what happened after Nepal staked claim on Indian territories on Limpiyadhura, Lipulekh, and Kalapani. Instead of unleashing the Nepalese Army on India, the brave heart that Oli is, changed Nepal’s map and is also including the new Nepal Map on its currency.

The move sent shockwaves in India with Delhi’s power corridors worrying of what would be their fate if Nepal now stakes claim on Delhi too. There were reports of India already preparing to vacate and handover Delhi to Nepal when the news trickled in of Nepal staking claim only on Nainital and Dehradun.

While communists are supposed to be atheists by nature, Oli has proved to be a Hindu Hriday Samrat as he is now planning the construction of a grand Ram Mandir in Nepal after getting enraged by the fact that PM Modi performed the Bhoomi Pujan of the Ram Mandir in Ayodhya.

With this move, the brave heart Oli went against his and every communist godfather, Karl Marx, who was of the impression that religions are mere ‘opium’ for the masses.

After claiming that Bhagwan Ram was born in Ayodhya, he met a delegation from Madi municipality from the Chitwan district and directed them to make arrangements for a grand Ram Mandir.

KP Sharma Oli has also given the green signal to rename the municipality as ‘Ayodhyapuri’, much on the lines of Ayodhya in Uttar Pradesh of India. As per the plans, he shall lay the foundation of the grand Ram Mandir on Dussehra this year, and on the Dussehra of 2022, the idols of Bhagwan Ram, Ma Sita and Lakshman will be installed. He told the delegation led by Madi mayor Thakur Prasad Dhakal that they should get down to prepping for Bhagwan Ram’s idol and promote ‘Ayodhyapuri’ as his place of birth.

As they say the say, even the most powerful have to bend before someone, Oli the great, has to still bow down to his Chinese masters. Oli has a compulsion to claim Indian territories as China is occupying Nepalese territories at a break neck speed with lands of 7 Nepalese districts already taken over by Oli’s masters in the Chinese Communist Party.

China has illegally occupied Nepal’s land in at least seven bordering districts. Nepali government agencies data reveal that China is gradually moving forward in these districts with the ultimate agenda of encroaching upon more and more landmass, while Oli continues to act as a mere bystander.

It is believed that China has made inroads and occupied vast areas of land with Oli keeping mum to avoid the wrath of the CCP. Several media reports have indicated that Nepalese districts of Dolakha, Gorkha, Darchula, Humla, Sindhupalchowk, Sankhuwasabha and Rasuwa have fallen victim to Chinese land grab.

According to Nepal’s Surveying and Mapping Department, in Dolakha, China has pushed forward the international boundary by 1,500 metres towards Nepal. The department further reports that China has relocated various contentious boundary pillars in the seven bordering districts as it continues to transgress border arrangements. In the past, China occupied Rui village and merged it with the Tibet Autonomous Region of China a couple of years ago.

Oli, despite his busy schedule which revolves around political meetings with Chinese ambassador Hou Yanqi and lying prostrate before the Chinese Communist Party in order to save his government, took time out to only stake claim on Nainital and Dehradun.

India must stand united in thanking the KP Sharma Oli the conqueror for showing magnanimity and letting India keep Delhi and Mumbai.