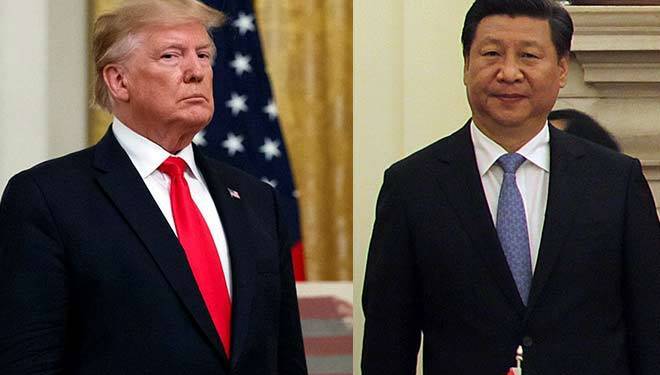 The New York Consulate of the People’s Republic of China could soon be shut down by the Trump administration, following startling revelations of the consulate being involved in espionage and spying activities of the highest order against the United States. Secretary of State Mike Pompeo has made it clear that the time for the Chinese consulate in New York is over, and that its staffers better get ready to back their bags. The statements by Mike Pompeo come a week after an NYPD Police Officer was found spying at the behest of the Chinese Communist Party in US, and passing off information to handlers in the Chinese consulate in Manhattan.

“They’re engaged in activities where they’re crossing the line from normal diplomacy to the kinds of things that would be more akin to what spies are doing,” Pompeo said, adding that the Chinese consulate in Houston was shut down for similar reasons. “We closed it because they’re engaged in espionage and that is a legal term. It’s not just a spy novel term. It is a very data-driven, analytic, fact-based analysis that says, ‘No, this is espionage, it’s unlawful, and therefore, we’re going to send you back,” the Secretary of State, while making his intentions clear, said.

Pointing out that CCP campaigns targeting state-level officials and local interests have been prevalent for years now, Pompeo said that the intensity of the same was now being increased. Further, the Chinese consulate’s espionage activities could also have been extended to the United Nations’ Headquarters in Manhattan. “Remember, not only do we have Chinese consulates here, but there’s a UN facility too…So if we’re talking about New York, we not only have the Chinese Consulate in New York — that is the bilateral consulate — they also have a large contingent of Chinese diplomats here for United Nations work,” Pompeo said.

Earlier, the Trump administration had ordered the closure of the Chinese consulate in Houston, after the spies of CCP were caught attempting to steal American COVID-19 vaccine research. Subsequent to the closure, Chinese officials were also seen burning files in the Consulate’s premises, while also denying entry to firefighters and law enforcement agencies.

Meanwhile, the Chinese consulates in San Francisco and New York were being closely watched over after being clubbed as ‘hotbeds of espionage’. With a clear espionage link now emerging out of the New York consulate, it is only a matter of time before the most important Chinese establishment in US, after their embassy, is shut down, while the spies from the same are booted out of the country.

The Chinese consulate in New York is the most important among the four remaining consulates in the United States. China previously had five consulates in the country, with the one in Houston getting shut down only recently. As per the New York consulate’s own claim, it caters to around 150,000 Chinese students which reside under its jurisdiction. Closure of the same will spell an unmitigated disaster for all those who rely upon the consulate. The Chinse consulate in New York caters to the following states: Connecticut, Maine, Massachusetts, New Hampshire, New Jersey, New York, Ohio, Pennsylvania, Rhode Island and Vermont.

The revelations of China continuing its espionage activities against the United States, despite heightened tensions between the two countries might just prove to be a strategy of the CCP in which it ends up losing much more than it ever gained. The Trump administration might very well shut the New York and San Francisco consulates of the PRC soon, and if the Chinese Communist Party fails to mend its ways thereafter, a cessation of diplomatic ties between the two cannot be ruled out.