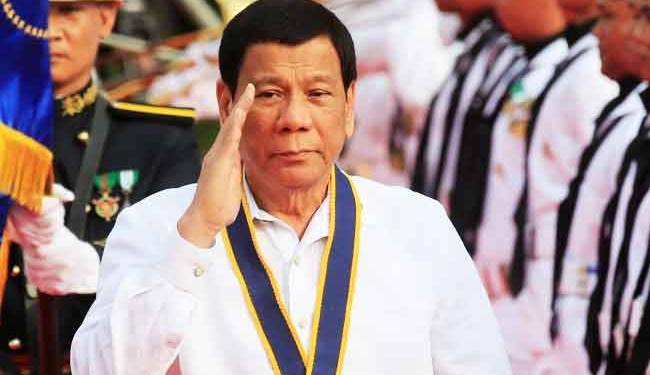 As the US and China play a great power game, countries across the Indo-Pacific are picking sides. Democracies that are ready to trade their values may fall for China, while others who hold democracy dear are picking the US. But a certain Southeast Asian country is keeping everyone intrigued. We are talking about the Philippines whose President Rodrigo Duterte cannot, or doesn’t want to, choose between Washington and Beijing.

Duterte has been playing a Filipino flip-flop game of his own. Sometimes he is pro-China and sometimes he is a US ally. For an outsider, it is difficult to understand if the Filipino president is a genius or plainly confused. Right now he is behaving as an anti-China leader and has gone as far as raking up a 2016 Arbitration ruling dismissing Beijing’s South China Sea claims during his UNGA address. This was the first time he did so.

However, no one can tell with a lot of certainty, if Duterte will remain anti-China. The Filipino President remains unpredictable due to his flip-flops.

Duterte’s great Filipino flip-flop started even before he got elected as the Philippines President. In the third Presidential debate of the 2016 polls in the Philippines, Duterte had promised to personally ride a jet ski and plant the Philippines flag at the Spratly Islands or Scarborough Shoal, both of them disputed features in the South China Sea claimed by both China and the Philippines.

So, Duterte started as an anti-China campaigner. But ahead of the Filipino polls in 2016, he also said, “What I need from China is help to develop my country.” This was his first flip-flop that would go as far as almost making the Philippines a Chinese client state, before Duterte swung again.

In October 2016, Duterte visited China and junked the pre-poll jet ski promise. On this visit, the Philippines President announced that he had “separated” from the US to be “dependent” on China “for a long time”.

In 2018, he even made it clear that he won’t be personally riding a jet ski to the disputed features in the South China Sea. In an interview, Duterte had said, “It was a hyperbole… You cannot expect me to ride (a jet ski), I don’t even know how to swim.”

In fact, Duterte had gone as far as giving the South China Sea Arbitration case “the back seat”. On February 11 this year, the Filipino President even announced that Manila planned to scrap the U.S.-Philippines Visiting Forces Agreement (VFA). Had the two-decades-old VFA been scrapped, Duterte would have permanently swung towards China. But the Filipino President never makes a final choice.

In June this year, Duterte decided to postpone the VFA termination, and the US was again back into the business. To be fair, this about-turn wasn’t entirely guided by Duterte’s propensity to frequently approbate and reprobate. China actually lost an opportunity here.

While the Philippines was speaking of VFA termination, Duterte realised that China wasn’t mending its ways. Two important things happened here- firstly, the 24 billion dollars worth in Chinese-pledged investments that the Philippines President had secured in 2016 remained slow to materialise in the Southeast Asian country. So, Duterte couldn’t hard-shell the China-backed development narrative.

And secondly, China remained hawkish in the South China Sea despite signs of Manila’s intent to terminate the VFA. Therefore, Duterte had to swing back towards the White House. Duterte might be someone who swings both ways, but he was never really planning to sell his country, and therefore he swung towards Washington in the background of a belligerent Beijing.

Swinging back and forth between China and the US is therefore, Duterte’s plan to get the most for Manila by playing the two giants against each other. During the polls, it also becomes a ploy for making electoral gains as it happened in 2016.

Having almost fallen into Beijing’s lap in February this year, the Philippines is now acting like a tough American ally. Today, Manila is going as far as promising to call in the US military if China crosses the red line. Duterte himself is weaponising the 2016 Arbitration award which had one taken the “backseat”.

Duterte told the UNGA, “The award is now part of international law, beyond compromise and beyond the reach of passing governments to dilute, diminish, or abandon,” in a veiled jibe at China.

However, there is every possibility of Duterte swinging back towards Beijing. In fact, only recently, he even vowed to purchase a COVID-19 vaccine to be made available by Russia or China, as opposed to the Western manufacturers. The Filipino President is still keeping his options open.

Duterte did start off as a plain genius trying to secure the best deal for his country. He kept swinging between the US and China to examine who can give a better deal to the Philippines. He was playing the Cold War dynamics between the US and China, even before the US-China rivalry entered that phase. But in the present geopolitical circumstances, this is a highly dangerous game.

Duterte might be naturally inclined to think that flip-flops as against rigid alliances is going to be in Manila’s larger benefit, but is it so? The present geostrategic situation is highly volatile and there is uncertainty all around the Indo-Pacific.

It is countries like the Philippines which will ultimately decide which way the region goes. Duterte’s China ‘pivots’ can be unhealthy because they can easily shift the precarious balance of power in Beijing’s favour. Such flip-flop games can jeopardise the free world’s position in the Indo-Pacific, including the South China Sea. Even for the Philippines itself, a free world-dominated and rules-based order is much more desirable than a new regional order led by a unipolar China. Duterte must therefore, get rid of his flip-flops if the Philippines has to play its part in building a safer Indo-Pacific.