China had a last trick up its sleeve to claim Senkaku Islands, but Japan called its bluff and pushed China out

Japan did not fall for the Chinese trick 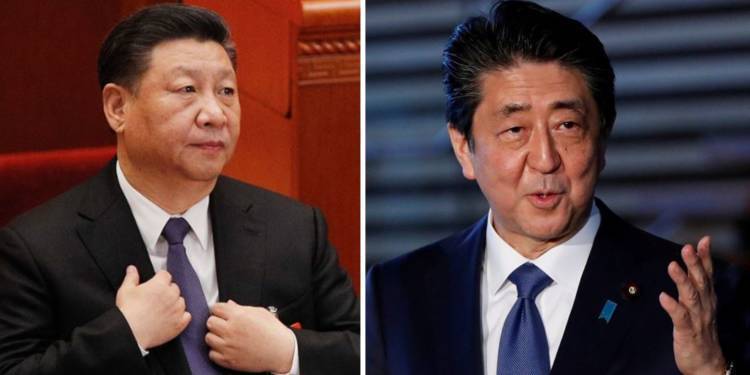 Japan just made a very impressive manoeuvre, literally kicking China out of Japan’s Senkaku Islands in the East China Sea, which is claimed as Diaoyu Islands by Beijing. The Senkaku Islands, which were purchased by Japan from a private owner in 2012, have been a longstanding issue in Japan-China relations. Earlier this year, Chinese vessels were hovering around the Senkaku Islands and it was being largely seen as a part of China’s Salami-slicing tactics.

However, the real story seems to be different. According to an SCMP report, China was trying to extend an olive branch to Japan, by telling the latter that Beijing planned on reducing naval presence in the region. But Japan did not fall for the Chinese trick and rejected China’s deceitful olive branch. Ultimately, a faceoff like situation did emerge in the East China Sea, but Japan brought in the US to literally push China out of the picture.

As per SCMP, a Chinese academic said that Beijing wanted Tokyo to know that it was committed towards reducing naval presence in the region earlier this year. However, Japan hired fishing boats to go into Japanese waters near the Senkaku Islands which infuriated China and soon East China Sea skirmishes started between Japan and China.

Liu Qingbin, an Associate Professor at Yokohama National University in Japan, too said that China had completely cut down on maritime activities in the region ahead of what would have been Xi Jinping’s scheduled visit to Japan in April that couldn’t materialise because the Chinese virus brought the entire world to a standstill.

Liu added, “The true situation was that China had actually released enormous goodwill earlier this year.” However, Tokyo made sure that it doesn’t fall for the hollow Chinese narrative. Liu also said, “The Japanese claimed that the reduction in military activities was due to typhoons, but there were hardly any typhoons in February,”

Be that as it may, China’s knee-jerk reaction after Japan sent in fishing boats around the Senkaku Islands proved that Beijing never really intended to keep its promise of cutting down presence near the Senkaku Islands. Had Japan fallen for the Chinese olive branch, Beijing would have managed to start its Salami-slicing tactics in the East China Sea.

At a diplomatic level also, the rejection of any Chinese initiative for reducing presence in the strategic waterways made it clear that Beijing has no right to negotiate because the maritime territory is rightfully vested in Tokyo. Clearly, China’s ‘olive branch’ wanted to create a new normal in the Senkaku Islands, but Japan did not let Beijing have its way.

Japan’s snub forced China into senseless belligerence. Chinese ships kept hovering in the region for several months, but what did they really achieve with such incursions, except getting declared as an expansionist-bully. Amidst Chinese belligerence, Tokyo went on to rename the administrative area containing the Senkaku Islands from “Tonoshiro” to “Tonoshiro Senkaku”, in a bid to counter China’s Diaoyu nomenclature and assert sovereignty over the strategically located Islands.

And then things changed upside down when the US came into picture. A couple of months ago, the White House assured Japan of help in handling Chinese incursions into the Senkaku waters. Lt. Gen. Kevin Schneider, the highest-ranking US military officer in Japan said, “The United States is 100 per cent absolutely steadfast in its commitment to help the government of Japan with the situation.” He added, “That’s 365 days a year, 24 hours a day, seven days a week.”

The Chinese Foreign Ministry, represented by the CCP mouthpiece Global Times, suffered an epic meltdown and the Chinese People’s Liberation Army (PLA) panicked as the White House announced its intent to take on China in the East China Sea. In fact, China even gave up its plan to flood the Senkaku waters with fishing vessels, after Washington announced its intent to play a bigger role in the region.

Japan never really bought China’s fake promise to make peace in the Senkaku waters. And now Tokyo has managed to kick China out of its waters both diplomatically and militarily. All this while, we were thinking that China is keeping the Senkaku Islands on the boil, but it is really Japan that has managed to carry out a brilliant manoeuvre in the strategically located Island chain.