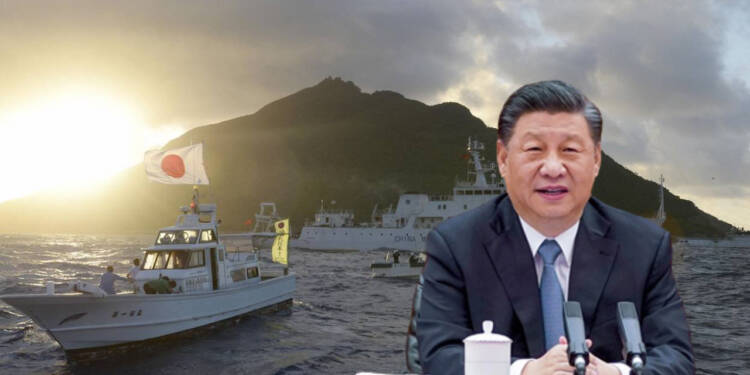 The Senkaku Islands have remained an integral part of Japanese territory as part of the Nansei Shoto Islands. Whereas, China states the exact opposite and stresses again and again that, Senkaku lies within their territory. Chinese authorities continue their claims on these islands with ever-increasing levels of maritime activities undermining the status quo.

China also claims that Taiwan is its property. But, given the fact that Taiwan is already in the attention, Xi has changed his plans. So, now China has a new invasion plan, the plan is to invade the Senkaku islands before Taiwan.

Sounds ridiculous, but it can happen. Whatever, China is planning is never told officially. But, China has a foul habit of indicating its intention through indirect means, this time the case is no different.

A rise in activity near islands

A week ago, Four China coast guard ships sailed in Japanese waters off the Senkaku Islands in the East China Sea alarming the Japanese forces. The Chinese government ship intruding into Japanese waters around the isles was the first since May 14 and the ninth this year.

In an attempt to encourage Japan to strike back, the disputed Senkaku Islands, as well as different atolls and coral reefs, will be used to stir up trouble. The CCP would then attempt to reignite regional tensions dating back to World War II by accusing Japan of “new Japanese militarism,” according to reports.

Not only this, China has already started warning Japan over the disputes. Chinese foreign ministry spokesman Zhao Lijian lashed at an EU-Japan statement that mentioned the Senkaku dispute between China and Japan. China clearly stated that Japan’s intention is to tarnish China’s reputation and meddle in its domestic issues

Japan had expressed concern over the situation surrounding the disputed East China Sea islets known as the Senkaku islands in Japan. China also claims the islands, which it calls Diaoyu.

A school play has also been making its space over the internet as it explains that China is indeed in the mood to invade Japanese land. Jennifer Zeng, an anti-China activist shared a video of kids playing in Hanlin elementary school in China.

What’s terrifying about this school play is that it was played while welcoming CCP’s 20th National Congress. In this play, an anti-japanese sentiment was visible as a kid was seen first exploring the area and then the army followed up to the stage stating that it has invaded the region. Before such an important occasion, such a play does mean something significant.

Fumio Kishida and the west needs to wake up as soon as possible, these signs are concerning for Japan because they show that China is gaining control of the region as a result of Kishida’s inaction.

The bells have started to ring, China is surely eyeing Senkaku under its control. The Japanese government maintains that they are an inherent part of Japan’s territory, but for how long?