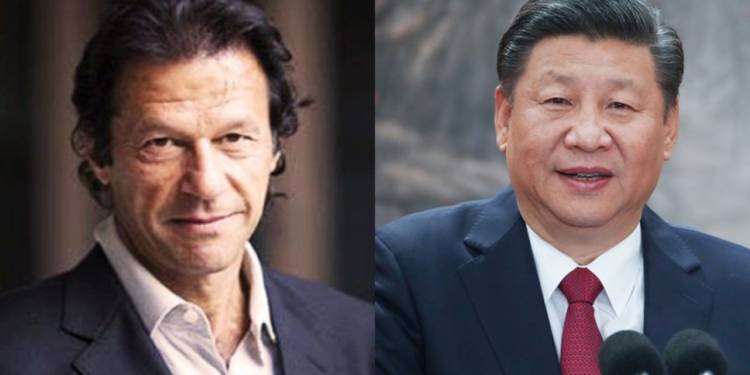 In a bid to assert itself as an unparalleled power in South Asia, China is planning to choke downstream co-riparian states like Pakistan and India, and snatch from them their share of water from rivers Indus and Brahmaputra respectively. While India will respond with unprecedented force to such devious Chinese plans of using the waters of the river Brahmaputra as a political weapon, the paper dragon’s all-weather ally – Pakistan is in no position to blowback against such plans of the Chinese Communist Party. Its inability, therefore, will lead to the Islamic nation dying a rather dry death.

According to an Epoch Times report, China is planning to convert its occupied province of Xinjiang into ‘California’, by diverting the flow of humongous rivers into the region to spur economic activity. Having violated the most basic of rights of those native to Xinjiang, China perhaps now wants to flood the province with Han-Chinese descendants, owing to which it becomes a prerequisite for Beijing to make the region habitable with the diversion of rivers.

“The current project proposes diverting water from southern Tibet’s Yarlung Tsangpo by drilling a 1,000-km tunnel across the world’s ‘third pole’ or ‘Asia’s water tower,’ permafrost-melting, glacier-shrinking Tibetan plateau to the arid Taklamakan [a desert in southwest Xinjiang],” Dr Burzine Waghmar, of the SOAS South Asia Institute in London told the Epoch Times. He added that the Chinese administration has been trying to revive the project and a trial run is currently occurring in Yunnan Province, where tunnels are being drilled with engineering techniques, technology, and equipment that will be later replicated in Xinjiang. The same model is being replicated by China for the Indus River.

While India is more than capable in dealing with Chinese theatrics, what Islamabad is being gifted by Beijing in return for its loyalty and subservience is a grand betrayal by the CCP which is plotting to divert the Indus, thus, drying up Punjab which is currently under the control of Pakistan. Punjab is the granary of Pakistan, and a diversion of the river Indus by China into its own provinces will spell the death knell of the Pakistani state.

For the diversion of the river Indus, the Chinese plan to add a South Western segment to the Western Diversion Route, which is the third part of the South-to-North Water Diversion Project envisaged by China to choke downstream countries. It would involve the diversion of the waters from the Indus river in Western Tibet (before it enters Ladakh) towards the Tarim Basin in Xinjiang.

Why China would work overtime and enthusiastically to dry its client state – Pakistan, by no less than snatching away its lifeline is not known yet. One cannot think of any plausible explanation which would throw light on the Chinese plans when it comes to the Indus, except for the paper dragon’s unending appetite for spurring industrial growth by unfair and inhuman means. This, complemented with a liking for sadism and territorial expansionism, would perhaps explain China’s notorious plans for the Indus. It would not be hyperbole to say that China might even be eyeing the occupation of Pakistan in the near future, and turning the present Islamist-country into a ghettoised province for itself to play around with and commit human rights violation.

Pakistan will not survive a diversion of the Indus river. An already crippled economy will not be able to survive a blow as humongous as the diversion of the country’s jugular river. Responding with economic sanctions against Beijing would be impossible for Islamabad, and exploration of military options against China is a no-starter for a country which has turned itself into a voluntary vassal state of its oppressor.

Drying and diverting rivers is not new for China. TFI had earlier reported how China was drying up the Mekong river, and consequently its basin, by building no less than eleven dams over the river, having a combined water capacity of more than 47 billion cubic metres. Therefore, China artificially controls the flow of Mekong into the downstream countries- Thailand, Laos, Cambodia and Vietnam.China is the upstream Mekong River country, whereas the Southeast Asian nations- Laos, Thailand, Cambodia and Vietnam are all downstream or the Lower Mekong Basin (LMB) countries.

With the diversion of Indus river, while India will take China head-on for its misadventures by inflicting magnanimous costs upon Beijing, Pakistan will be made to look like nothing more than an absolute clown, which sold itself to China only to be played by it in such a comical manner. India, meanwhile, will not shy away from using its military to tame China and to restore the water balance in South Asia.

Turkey Fry: France comes in support of Armenia. That’s France and Russia together against Turkey

Turkey, not China, will cause the third world war and Erdogan needs to be ousted in order to avert it