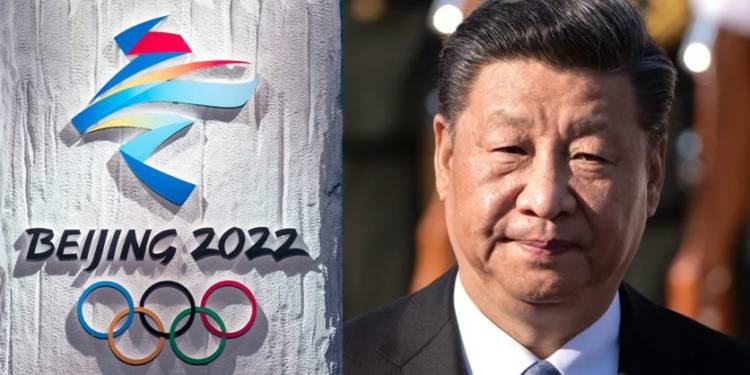 A long time has gone without any repercussions against China’s Human Rights violations, and the UK foreign secretary’s statement has created shockwaves in Beijing. The Foreign Secretary Dominic Raab said that Britain may not be able to participate in the upcoming 2022 Winter Olympics scheduled to take place in Beijing if sufficient pieces of evidence are brought to the light regarding the abuse of Uighur Muslims in China.

The foreign secretary also added that the government requesting Prince William not to attend the event is also on the tables. As Britain goes through with this decision, it is highly likely that other countries may follow suit.

This comes in the backdrop of a statement issued by the German Ambassador Christoph Heusgen on behalf of 39 countries including the US, UK, Japan, EU members among other countries rebuking human rights violation by Chinese authorities in Tibet and Xinjiang as well as expressing concern regarding the political situation in Hong Kong.

Read more: Tibet used to be an issue only for India, now 39 countries including Germany are slamming China for it

Some countries have already started taking action in line with the probable British response. Australian politicians have started urging Australian athletes to boycott the Beijing Winter Olympics citing security concerns and advising them that they may become unwilling and unintended participants in Chinese Communist Party propaganda. Liberal Senator Eric Abetz pointed out that awarding prestigious international sporting competition is “unconscionable”, stating, “the time has come for the freedom-loving countries to say to Beijing ‘enough is enough’.

India may also follow a similar approach where it urges its athletes to boycott the Winter Olympics. Japan is also angry with Chinese carelessness has cost the nation the 2020 Tokyo Olympics which was supposed Abe-san’s goodbye gift to Japan. Following the action of these powers, most other countries are likely to get emboldened & follow suit.

There were proposals as early as in June asking for Chinese authorities to stop acting against its citizens but got little traction. Things have changed since then and as per the latest Pew survey, the perception of China has dipped to a historic low in all the developed countries, with the largest swing visible in Australia. And with more clarity setting in regarding the stand of fellow countries against China, the possibility of a wholesale boycott is highly possible.

Read more: China is officially the most hated power in the world. Now, no global leader can afford to be Pro-China.

However, there is another action that could be efficient. Many human rights groups have written to IOC (International Olympics Committee), asking the IOC to reverse its mistake of awarding Beijing the honour of hosting the Winter Olympic Games by shifting the location of the Olympics to somewhere else. This idea has received support from many people, among them is Florida Senator Rick Scott, who had introduced a resolution condemning human rights abuses in China and demanding the IOC to move the location of the Winter Olympics 2022 out of China.

There is increasing support for both the options, that are, either outright boycott of the Winter Olympics 2022 or shifting of the venue out of China. As the Chinese Communist Party is facing the brunt of the international community’s anger, these demands are bound to see increasing traction throughout the world, forcing the hands of IOC to take appropriate measures.

If IOC did not change the venue of the Olympics, these Winter Olympics will become a joke for the whole world to see. With China participating, China wining and China watching the China-exclusive Winter Olympics.

If the 2008 Summer Olympics were the warm opening up of China as a great economic power and a celebration of its ‘harmonious’ rise, these 2022 winter Olympics may turn out to be the cold exit of China from the globalized world and into a corner with Pakistan and Iran as its only partners.