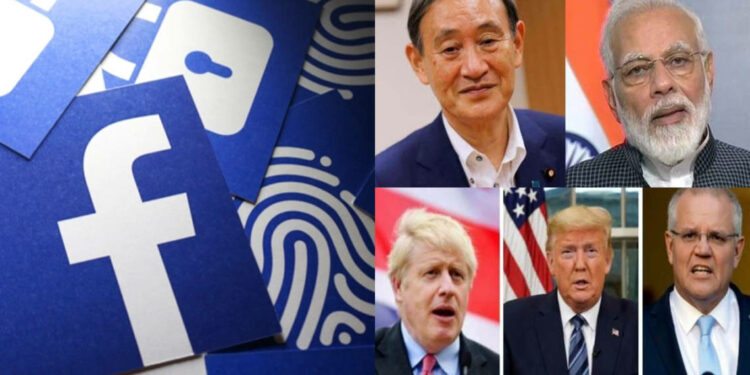 The Five Eyes intelligence alliance comprising of the US, UK, Australia, New Zealand, and Canada has got the support of Japan and India from the Indo-Pacific to corner Facebook into reviewing its encryption practices over concerns that the Facebook and its messaging apps had become a tool or a safe haven for terrorists and child traffickers to conduct their illicit business.

In a joint statement released on Sunday, the group came down heavy on Facebook and asked to alter its policies and give a backdoor ‘access’ to WhatsApp and other encrypted services.

“While encryption is vital and privacy and cybersecurity must be protected, that should not come at the expense of wholly precluding law enforcement, and the tech industry itself, from being able to act against the most serious illegal content and activity online,” read the Five Eyes statement backed by Japan and India.

It was the strongest call yet for programmers to include “backdoor” access to encrypted communications programs, and the reason is being attributed to the voice of support from Japan and India.

The social media giant toots its own horn by saying it provides end-to-end encryption to its user, meaning, Facebook encrypts the contents of messages exchanged between the sender and receiver so that no one else — including Facebook itself — can see them.

As far as the right to privacy goes, what Facebook is currently doing seems like the logical thing to do. But while this technology serves to protect users’ privacy, it also makes it impossible for the company to provide authorities with information related to crimes. No freedom is absolute, and if a technology is helping the criminals get away easily, then it certainly needs to be reviewed and rechecked.

The joint statement is not legally binding, so it remains unclear whether Facebook will agree to introduce the measure. Even if it introduces a decryption measure, that does not guarantee the company will provide the data when requested by authorities.

The Five Eyes and its demands of regulating the social media behemoths have fallen on deaf ears for most of its existence. At one point, it even looked like the powerful alliance had run its own course into obsoletion, however, with India and Japan starting to seek a larger role in the alliance, a revival of sorts is being anticipated.

We are seeing an Indo-pacific centric intelligence alliance forming which could be an upgrade for the five eyes. India is one of the biggest markets for Facebook and WhatsApp, and, if the Union Government through the alliance continues to build the pressure, then Mark Zuckerberg led Facebook might just crack in front of it.

And it is not like Facebook always endorsed end-to-end encryption. In 2018 when the Cambridge Analytica scandal broke out, it was found that Mark Zuckerberg had allowed large swathes of data to be harvested and sold to political parties so that they could sway voters to their side in the 2016 US Presidential elections. Zuckerberg sold the user’s data blatantly and hence when he tries to play the good Samaritan here, one just can’t help but overlook facebook’s dubious past record.

Giving backdoor access to law enforcement agencies could go a long way in nullifying the threat of terrorism and the menace of child trafficking. Of course, there is a need to implement stringent safeguards so that users still enjoy their privacy and governments don’t become dictatorial by snooping on their citizens. Facebook cannot look to avoid this discussion; it needs to jump in and work with India, Japan, and the Five Eyes to reach a middle ground.