Love over Nation? New South Wales Premier admits to having an affair with a China-linked shady politician 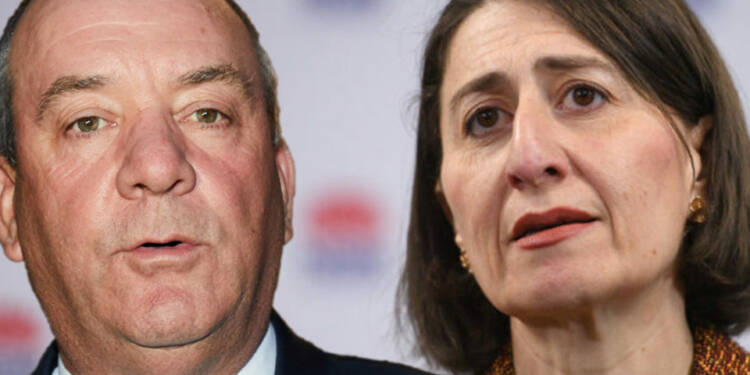 China and its sinister United Front and its operatives continue to leach onto the Australian way of life. In a shocking revelation, New South Wales Premier Gladys Berejiklian has admitted being in a relationship with former MP of Wagga Wagga, Daryl Maguire, who is accused of being a CCP mole and has been allegedly involved in a “cash for visas scheme” for Chinese nationals involving falsified employment.

Gladys revealed the relationship during an interrogation by the NSW Independent Commission into Corruption (ICAC). Private conversations between the pair were also played at the ICAC inquiry to establish the fact that Gladys was a knowing accomplice in Mr Maguire’s misadventures. It has also been brought to light that Maguire had even boasted in one of the telephone intercepts that he had met Chinese President Xi Jinping.

Consequently, a new ICAC inquiry is investigating Maguire’s pursuit of business deals between 2012 and 2018, which commonly involved an “association with China”.

The opposition parties have now started putting pressure on her to resign from her position, but, Gladys has been brushing aside the controversy saying, “She did nothing wrong”.

Addressing media after the hearing, Berejiklian said she had “made a mistake in my personal life” with a relationship she did not even disclose to her family or closest friends.

Daryl Maguire was forced to resign from the NSW Parliament, and his position as chairman of the NSW Parliament Asia Pacific Friendship Group, after a 2018 investigation heard he had sought to act for Chinese property developers in land deals.

Berejiklian said she had been in a relationship with Maguire since 2015 and had once called him her “numerouno”. Despite knowing about his wrongdoings, Gladys ended the relationship only in August of this year, insinuating that she was in on what Maguire had been doing.

This is not the first time that a high-profile politician in Australia has come under the scanner for their connection to China or its operatives. Reported by TFI in June, Australian intelligence officers and police had raided the home and office of Labor MP Shaoquett Moselmane. The New South Wales legislator had long been under the scanner from the opposition and his party for having alleged ties to the ruling Chinese Communist Party (CCP).

John Zhang, a part-time staffer of Moselmane, is a prime suspect in the investigation into foreign influence plot.

Moselmane himself has been a huge admirer of Xi Jinping which had first raised the alarm bells. He had publicly praised Xi Jinping’s “unswerving” leadership during the coronavirus pandemic, contrasting it favourably with Australia’s response.

“For the People’s Republic of China, President Xi stepped up and provided that leadership. He mustered the resources of the nation and together with the great people of China – fought it and contained it,” Moselmane had written for one of his personal websites.

The extent of the red regime’s influence can be best understood with the example of the state of Victoria, which is led by Victorian Labor Premier Daniel Andrews. The Labor MP has gifted Victoria in a silver platter to China for its ambitious Belts and Roads Initiative, despite the entire country consciously decoupling itself from anything that is Chinese.

As a result, Mr Andrews was called for an inquiry by the Federal Committee to explain why he shook hands with his Chinese counterparts in such haste when the rest of the country was running away from the clutches of Beijing.

Reported extensively by TFI, the communist state of China had made deep inroads into the Australian way of life. From hoarding medical equipment to controlling the water bodies to owning the electrical grid of the country, China has done everything possible in the book to gain an edge over the Australian government in its own country.

With the aid of pro-China elements down under, Beijing also got involved in Australian infrastructure projects. Since there was no strong and stable regime in Canberra, there was no real check on the growing Chinese influence.

Scott Morrisson—battling the odds against China

However, the Scott Morrison government has mounted a spirited offence against the Chinese, and, despite the hefty tariffs imposed by Beijing on the export of Australian Barley, meat, and other products, Morrisson has not shied away from kicking down the dragon.

Australia’s fightback against China started in the aftermath of COVID-19 when Scott Morisson started calling out for an international inquiry against Beijing and its alleged role in the spread of Coronavirus.

In the last six months, Morisson, along with his cabinet, has been strengthening the legislative laws to fix the loopholes that allowed the Chinese to dominate the Australian society. But the biggest roadblock on his plans to decimate

His government is bringing a Foreign Relations Bill, which would give Australia’s Federal government the power to review, prevent or terminate all agreements signed by the State and Territory governments, Local Councils, and even Public Universities with foreign governments.

The sudden outpouring of ministers with connections to CCP is not a mere coincidence, albeit it is a carefully crafted strategy by the Scott Morrisson government to weed out such ‘internal enemies’. The Pandora box has just opened, and Gladys and Daryl might be the tip of the iceberg.

Merkel wants to get rid of her pro-China image, but her past won’t let her