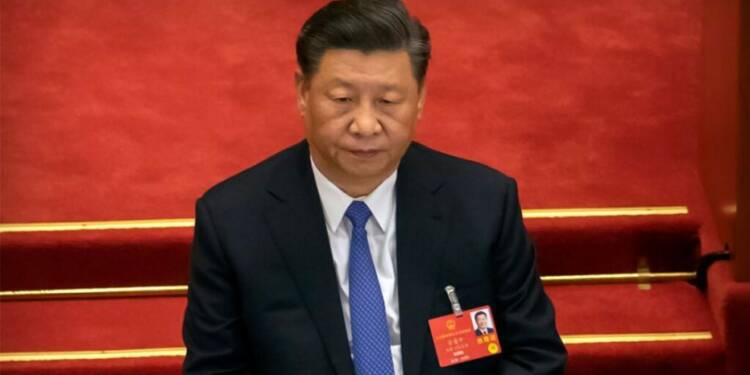 China’s economy is in a dire state and it is making the Chinese President Xi Jinping desperate. The United States of America and its allies like India, Japan and Australia, and even the European Union (EU) are fast decoupling from China. Xi Jinping therefore took an unprecedented decision to ramp up the Chinese economy, by delivering a 50-minutes long keynote speech on the occasion of 40th anniversary of the establishment of the Shenzhen Special Economic Zone on Wednesday.

It was really too desperate on Xi Jinping’s part to deliver a keynote speech and somehow fuel positive sentiment about the Chinese economy, which is presently in a miserable state. However, Xi Jinping’s speech was high on rhetoric and low on substance. Therefore, the Chinese President’s keynote speech seems to have gone in vain as Chinese stock markets declined despite his unprecedented attempt to enthuse the Chinese economy.

During his entire speech, the Chinese President was trying to paint a positive view of China’s economic condition and his future plans. Xi was quoted by Chinese State broadcaster CCTV as saying, “We are on the cusp of unprecedented changes in this century, and we must take a path towards self-reliance, and this means we must become independent in our innovation drive.”

Xi also said, “We need to unswervingly implement an innovation-driven development strategy to foster new engines and new trends, so as to build a technological and industrial innovation high-ground with global influence.”

Apart from promising innovation in tech sector, Jinping also reaffirmed his commitment to opening up and reform as a part of China’s strategy to gain an economic advantage.

In fact, the self-obsessed Chinese President also tried to play up his own policies, doctrines and future plans. He claimed that China was moving from high growth to high quality, and towards “dual-cycle model” in which China’s domestic market would lead growth without necessarily reducing engagement outside China’s boundaries.

However, Xi Jinping’s massive effort to repose faith in the Chinese economy has failed to impress stock markets. Shanghai’s Composite Index reportedly fell by 0.6 per cent and the benchmark on Shenzhen exchange also fell by the same percentage. In fact, the exchanges were tumbling alongside Jinping’s desperate keynote speech itself.

The Hong Kong exchange, whose Hang Seng Index rose by a marginal 0.07 per cent was the only consolation for the Chinese President and here also, the marginal rise can be attributed completely to a 3 per cent increase in Tencent’s shares.

According to SCMP, traders’ expectations were dashed by lack of policy details in the Chinese President’s speech. Xi Jinping’s rhetoric therefore could not drive an upsurge in the Chinese stock markets.

And to a very large extent, Chinese stock markets do have a right to get disappointed with Xi Jinping. The fact remains that while the Chinese President was speaking highly of innovation and taking lead in global technology, the reality is that China’s tech sector is in deep trouble. The Trump administration has been targeting Chinese tech giants like Huawei, Tencent and ByteDance (TikTok).

Similarly, there is no substance in the euphoria that Jinping is trying to create about his reform and opening up plans. Japan is pulling its companies out of China, whereas the US President Donald Trump is also not showing any signs of halting his tariff war against China. Even the European Union has been opposed to signing a trade deal with China because it feels that Beijing is not creating a level-playing field for European businesses in the Chinese market.

Jinping is simply lying when he promises that he would open up the Chinese economy. The fact remains that whatever little he is doing to open up China’s financial markets is directly a consequence of the imminent economic collapse that the paper Dragon is facing.

Apart from rhetoric and fake promises, Xi Jinping doesn’t really have much to offer when it comes to the Chinese growth prospects. Chinese President’s lies however don’t seem to have resonated with stock markets. The Shenzhen anniversary keynote speech is thus turning out to be quite an embarrassing moment for Xi Jinping, which illustrates how the Chinese economy is getting damaged beyond repair.