The Democrats just went for a spectacular political suicide 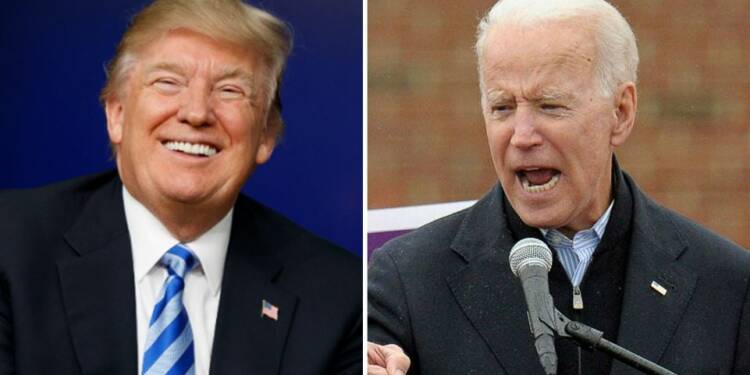 In a desperate bid to woo illegal immigrants, who, of course, cannot vote, Biden is letting his voter base amongst Americans slip out of his hands. Joe Biden has promised to provide citizenship to 11 million illegal immigrants if voted to power. Biden is getting influenced by the obsession of Democrats to play up pro-immigrant sentiment, but he doesn’t realise that he is going to lose a lot of political clout for a few immigrant votes.

During a virtual fundraiser on Wednesday, Joe Biden said, “We’re going to have to deal with the immigration crisis we have. I’m going to send the House and Senate an immigration bill that’s going to provide access to citizenship to 11 million people.”

Joe Biden’s latest promise to grant citizenship to 11 million immigrants only corroborates how Democrats think. Consider this- Joe Biden has no respect for the immigration law or Americans or even for the naturalised American citizens who have lawfully acquired US citizenship. He is ready to let millions of illegal immigrants stake claim upon American government resources and jobs at a time when Americans are already feeling the heat of a devastating pandemic.

In a way, Biden is only corroborating Trump’s fears by making reckless promises of abusing the Immigration Law with an arbitrary Amendment. Only recently, Trump had warned, “Biden will turn Minnesota into a refugee camp, and he said that — overwhelming public resources, overcrowding schools and inundating hospitals. You know that. It’s already there. It’s a disgrace what they’ve done to your state.”

It seems that Trump’s warning is not even an exaggeration. If Biden actually comes to power and lets 11 million illegal immigrants become regular US citizens, then it would actually flood the US, a country with a population of less than 330 million people, with immigrants. The ensuing burden upon legitimate American citizens would be too hot to handle.

Even before Biden’s latest promise, his disastrous immigration policy was never really a secret. Earlier this year, a Biden-Sanders unity task force published a policy paper that laid down the Democrats’ game plan for the Presidential polls.

The policy paper had again proposed a bizarre pro-immigration policy. It called for an immediate 100-day halt to all deportations and unleashing an army of overseers to police the way the Border Patrol and ICE’s deportation officers enforce immigration policy. Now, by promising blanket citizenship to illegal immigrants in the US, Biden is only confirming that he has succumbed to the left radicals who seem to be controlling the Democrats.

At a political level also, Biden’s latest promise doesn’t make any sense. What is he even thinking? Is he banking on the immigrant political support to fuel his journey to the White House? If he thinks that the immigrants can make him win, then Biden is grossly mistaken.

If we were to talk numbers, then we would realise how visionless Biden’s election strategy is becoming. There are an estimated 43.7 million immigrants in the United States. Out of them around 11.1 million immigrants, whom Biden is appeasing, are illegal and cannot vote.

And why does Biden think that every naturalised citizen, who is eligible to vote, will actually register and vote for him? If he is thinking that 11 million illegal immigrants whom he is appeasing would actually get their communities to rally behind the Democrats, then Biden is certainly mistaken.

Immigrant voters in the US generally have a tendency of being lethargic in both registration and participation in elections as compared to US-born citizens. And secondly, Biden isn’t offering anything to those who got naturalised as US citizens in accordance with American law. There is no reason why naturalised US citizens would fall for Biden’s absurd immigration policy.

Biden is putting his entire campaign at stake for a minuscule share of votes. He is risking his vote share among Americans only in order to appease those who cannot vote and will have little impact to make on the polling day. What the Democratic nominee Joe Biden is doing is, therefore, nothing less than political suicide.