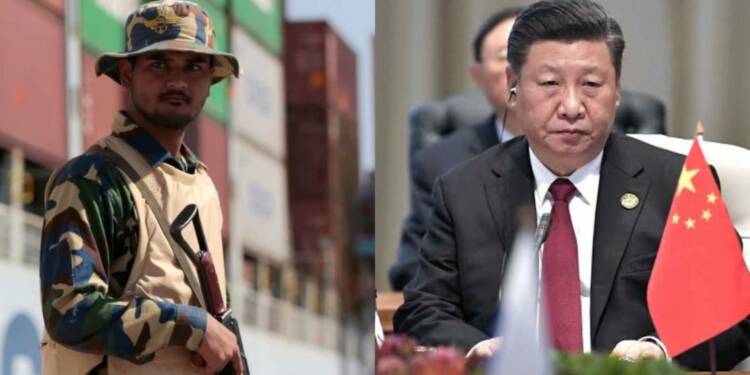 The Pakistani paramilitary and Pakistan’s Oil and Gas Development Company have suffered from what we call ‘a taste of their own medicine’ when BRAS, a Baloch activist group, attacked a convoy transporting Precious Cargo, cue-oil, through the southwestern province of Balochistan, Gwadar.

The attack was initially claimed by the Balochistan Liberation Front, an activist organisation fighting for the independence of their region but later BRAS, an umbrella organisation which includes the Balochistan Liberation Front claimed the attack. According to intelligence reports, at least 14 soldiers have been killed in addition to 7 of the Oil and Gas Development Company and all of the cargo has been destroyed.

The erosion of any kind in the security structure of Pakistan has been well documented. But the attacks took place in Gwadar, which also houses the Gwadar port. Now, this was significant because the Gwadar port is extremely essential for the success of the China-Pakistan Economic Corridor.

The port is also a key component of the multi-billion-dollar BRI project linking Beijing to Central and South Asia, without which the Chinese industrial economy could tank due to stagnation and decline in production.

This attack is a major setback for Chinese businesses as well, as activists tend to target China’s major interests in the region.

Attacks on Chinese and major Pakistani institutions have incessantly increased over the last few years. Attacks on the Karachi stock exchange and the Chinese consulate in Karachi are a testament that Pakistan has failed the people of Balochistan and has also endangered the lives of others as Balochistan presses forward for their rightful independence from the clutches of a failed state.

This attack was also the second in as many days as six Pakistani troops were killed in another ambush in the Bajur region of the Khyber province.

The Chief Minister of Balochistan Jam Kamal condemned the ambush calling it a “cowardly terrorist attack”, while the Prime Minister “expressed grief” with the families of personnel killed in the attacks.”

In a statement issued by the Baloch Raji Ajoi Singer (BRAS) on Twitter claimed the attack and further declared their spite towards the Chinese policy in Pakistan. It declared that it rejects all agreements Pakistan has signed with China and vowed to attack any “enemy” working to advance those deals with “iron fists.”

An attack so close to such a massive Chinese economic project shows that the Baloch will not silently see their land getting looted, first by the Pakistani state and then their imperial masters, China.