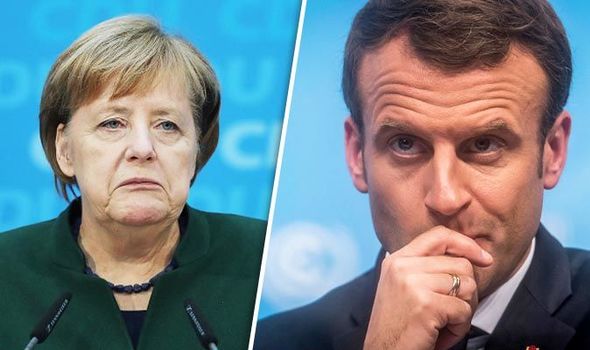 Europe is heating up all over again. Since the Second World War, the main European Union (EU) powers- Germany and France have never had any friction between them, but now the Brexit negotiations seem to be creating unprecedented dissensions in Europe.

Till now, the United Kingdom was at odds with the European Union (EU) given the hardball negotiations surrounding the Brexit. However, France’s initiative to argue for EU’s fishing interests in British waters has led to a verbal duel between Berlin and Paris. And now, the two European powers seem to be going public with their differences and arguments. Therefore, the EU is moving towards an era of multiple power centres.

The latest tumult in Europe is being caused by the issue of fishing which seems to be an emotional issue for both the UK and the French President Emmanuel Macron. Fishing controls in the European Union are highly liberalised. Fishing fleets of every EU country have full access to the waters of other EU members, except the first 12 nautical miles that form a country’s territorial waters.

Till now, the British waters have also been accessible to fishing boats of other countries. But with Brexit, things are bound to change. The UK will no longer be bound by any obligations to make its water accessible for fishing by EU countries. And the UK has made it clear that any new agreement between the EU and the UK concerning fisheries must be based on the understanding that “British fishing grounds are first and foremost for British boats.

But France doesn’t seem to be happy with Boris Johnson government’s demand to reserve primacy for British boats. French President Emmanuel Macron is standing firm on maintaining the status quo. He wants to keep the same access to British waters as his country’s fishing industry enjoys today.

Macron is pressing ahead with a hard-line approach. He wants to either retain the present share of fishing in British waters or no deal at all. The French government has said, “No deal is better than a bad deal.”

Annaïg Le Meur, a Brittany MP from Macron’s party told BBC, “I think the fishermen are for no deal.” Meur added, “They are afraid, and when people are afraid they choose either yes or no, not the solutions in between.”

Macron has domestic reasons to pursue a hard-line on fisheries with the UK. The fishing industry in Northern parts of France like Boulogne-sur-Mer is dependent on Britain’s fish-rich waters and Macron wants to be seen as the one supporting the region’s struggling economy.

Moreover, Northern France is going to be crucial for French Presidential polls in 2022 and Macron cannot afford to strike a deal with Britain at this stage. He either wants to retain the status quo or at least go down fighting for the English fish.

Be that as it may, Macron’s hard-line approach is making him look like a tough EU leader fighting for the Brussels-based bloc’s fishing interests. By doing so, Macron challenges German Chancellor Angela Merkel’s position as the de facto EU leader. And Berlin doesn’t seem to be happy about it.

Therefore, Germany has sought to vilify France. Berlin is claiming that Macron’s approach will leave the EU empty-handed. As per The Sun, Germany has warned Macron that all EU members would find their boats shut out of British waters and quotas cut to “zero” if Paris doesn’t compromise.

A German government source said, “Everybody knows if there’s No Deal then the EU quota in British waters will be zero. Now it’s 100.”

The nasty comments that are being made about Macron go on to show that Berlin is almost prepared to run a smear campaign against Macron. Germany understands that a Macron-led France is becoming more and more active in leadership even as Angela Merkel’s career enters its final phase. Berlin fears that once Merkel steps down, Macron will start leading the Brussels-based bloc.

And in fact, this isn’t the first time that Germany and France seem to be disagreeing with each other. Both of them actually have had a very different China policy. While Macron remained vocal about the threat posed by China, Germany tried to downplay Chinese belligerence and tied to push Brussels closer to Beijing.

Similarly, in Turkey’s case, Macron has sought to get Turkey’s President and wannabe Khalifa Erdoğan punished for his expansionism, while Angela Merkel maintains friendly ties with Turkey.

By standing up against bullies like China and Turkey, France is bound to earn respect from EU members like Greece and Sweden. And now by fighting hard for the English fish, Macron was bound to win even more praise within the EU. Germany however seems to be preparing for a resurgent France.

As such Germany and France have started a verbal duel for English fish. For the first time since the Second World War, things seem to be heating up like this between European powers.