As BRI breathes its last in Africa, dejected Chinese return to their country 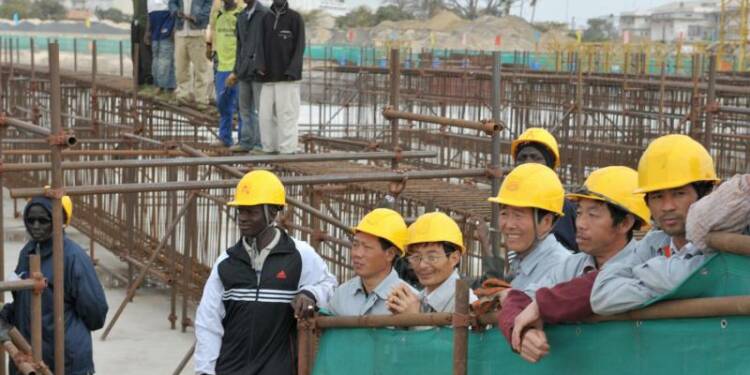 The massive investment plan aimed at keeping the Chinese economy afloat among fears of over-production and consequentially stagnating, the Belt and Road Initiative seems to have hit another roadblock. After the latest figures were published, almost 63,000 Chinese contractors had left Africa with the number of Chinese workers leaving the continent to more than 150,000, putting the total Chinese population in Africa a million short than it was in 2013.

The key reason for such a massive outflux has been the number of Chinese loans gone sour. Funds have dried up as African states continue to battle the china virus with Chinese money.

TFI reported earlier on how the African states trod carefully across the Chinese debt-trap policy and forced China to sign debt suspensions with 11 African nations. Backed up by the rich G20 countries the African states hounded China to sign the DSSI. At first, China refused, though, under tremendous pressure, the paper dragon gulped down billions of dollars worth of loans to the underdeveloped continent.

Even though China signed DSSI and has started to offer debt suspensions, the details of the waivers have not been fully revealed. China wants to save as many loan programs as it can without irking the G20 nations

A study conducted by two consultancy firms, the Oxford China International Consultancy and Beijing-based Development Reimagined found out that the “massive number of Chinese loans” is a key reason for the decline. Chinese working population was at its peak when China signed the most contracts on the continent, but it has been a sorry state of affairs since then.

Loan amounts have dwindled tremendously with Angola leading the way with $19.3 billion in 2016 to just $80 million in 2018. Angola also saw one of the biggest Chinese emigrations when around 40% of its Chinese population left.

Algeria, one of the biggest destinations of Chinese loans since the turn of the century has also seen a similar trend. The loans have dried up and the Chinese are leaving; the pandemic caused by the china virus has amplified the situation.

Zambia, another state on the underdeveloped continent is on the verge of defaulting on loans worth $3 billion. The creditors are wary of helping the nation because they believe that the money would be used to settle Chinese debts. This shows the extent of aggression of the Chinese debt-trap policy.

Among other reasons for the outflux of Chinese immigrants from Africa is the concern among the locals is that Chinese funding does not necessarily give rise to local jobs. In a continent with such high levels of unemployment and massive poverty, the evasive nature of jobs via Chinese funding irks the local population.

In 2016, a group of Kenyans stormed the local construction site in protest of the Chinese investment, demanding more jobs for the local and calling for China to either go back or create jobs locally. They attacked the construction zone and targeted Chinese workers, fourteen were wounded.

The Chinese returnees’ complaints are discouraging younger people from venturing into the continent, a lot of negativity is being spread about the political, economic, and cultural situation in Africa. Meanwhile, rising wages in China mean that incentives for a low skilled labourer to migrate are less than it was five years ago.

This will also have a detrimental impact on the Chinese debt-trap policy. The economic impact of the suspension of loans and unwilling Chinese labourers will severely impact china’s hand.

Another reason is the constant war and instability in the region. Unlike the US, China does not have the military to protect its assets and, therefore, hires private armies. It does not help its case that China refuses to mediate in the region politically. China is in Africa only for economic gains and trade, not for the development of the region. While trade with the continent has been increasing the FDI in comparison is negligible.

The African governments have come to realize it and now drive a hard bargain when loan deals are being discussed.

With problems in Africa and Central Asia, the ‘China Dream’ of Xi Jinping looks dead set heading towards implosion. China’s leading policy banks like the Exim have stopped lending for the BRI, moreover, delays and difficulties have confounded the problems faced by Jinping’s pet project.

All in all, it looks set that the BRI is destined to fail. With no support from its banks and lack of finances, being driven out of Africa, and hitting roadblocks all over Central Asia, The China dream looks destined to remain what it calls itself, an unimaginative dream with no reality.